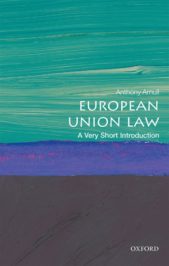 When Sir Ivan Rogers stepped down in January as the UK’s top official in Brussels, he urged his colleagues to ‘continue to challenge ill-founded arguments and muddled thinking’ and not to be afraid ‘to speak the truth to those in power.’ The implication was clear. The government’s Brexit preparations displayed all these failings but the politicians responsible did not like having this pointed out.

We did not have to wait long for evidence of muddled thinking. It came in the form of Prime Minister Theresa May’s speech on the government’s negotiating objectives for exiting the EU. May painted a rosy picture of the post-referendum UK. It was an ‘open and tolerant country’ based on ‘a precious union’ of four nations. Its people had voted to leave the EU ‘with their eyes open.’ Although the referendum campaign had been divisive, the country was now ‘coming together’ and 65m people were willing the government to make Brexit happen.

This is not a picture that many will recognise. The success of the Leave campaign was based on a series of false claims: that withdrawal would enable us to spend an extra £350m a week on the NHS; that EU immigration was having a big effect on domestic wages; that we would be unable to block Turkish accession or a European army. Some Leave campaigners even said that withdrawal would not mean leaving the single market. Many young people were devastated by the loss of opportunities entailed by withdrawal. There was a spike in hate crimes, immigrants were demonised, people heard speaking in foreign languages abused. EU nationals who had made their homes and careers in the UK were plunged into turmoil. ‘Our precious union’ was put at risk because of the increased likelihood of a second referendum on independence in Scotland, which voted to remain.

True, there is something in May’s criticism of the EU for its inflexibility and lack of democratic accountability, although this may sound distinctly odd coming from the Prime Minister of a country with a hereditary monarch and an unelected second chamber, and who has never herself won an election. Moreover, she failed to acknowledge how successfully the UK has operated within the institutions of the EU since 1973. Had successive governments shown leadership, the UK could have been a leading force for reform and helped ensure that the EU is the success May claims she wants it to be. As things stand, it will inevitably be distracted and weakened by Brexit.

The muddled thinking continued when May turned to her negotiating objectives. She didn’t want membership of the single market but did want a free trade agreement with the EU, which might take in elements of the single market. She didn’t want to be in the customs union but did want a customs agreement with the EU, which might mean associate membership of the customs union or signing up to some elements of it. She extolled the virtues of free trade, yet wanted to walk away from the world’s most sophisticated free trade regime. She would not ‘contribute huge sums’ to the EU (exaggerated during the referendum campaign, and outweighed by the economic value of the single market) but was willing to make a financial contribution to specific EU programmes in which the UK took part. She would welcome agreement on continuing collaboration in science and technology and cooperation on law enforcement, intelligence, and foreign and defence policy. Oh, and she would also like phased implementation of the withdrawal agreement to avoid a ‘cliff edge’ for business and individuals.

Had successive governments shown leadership, the UK could have been a leading force for reform and helped ensure that the EU is the success May claims she wants it to be.

May ended her speech with a threat. A punitive deal would be ‘an act of calamitous self-harm’ for the EU27. She was prepared to walk away without a deal – clearly not an act of calamitous self-harm – and ‘change the basis of Britain’s economic model’ to ‘attract the world’s best companies and biggest investors to Britain.’ So as the Foreign Secretary might put it, she wants to have her cake and eat it, and, if she doesn’t get her way, she will take her bat and ball home. How this would help the ‘just about managing’ whom she had earlier pledged to support is unclear. The reaction of Commission President Jean-Claude Juncker to the speech was that the negotiations would be ‘very, very, very difficult.’ HSBC and UBS announced they were preparing to move jobs from the UK to other Member States, while Toyota was considering how to maintain competitiveness in its UK operations.

A week later, the UK Supreme Court gave its eagerly awaited judgment in the ‘Miller’ case. Article 50 of the Treaty on European Union says that ‘Any Member State may decide to withdraw from the Union in accordance with its own constitutional requirements.’ Once the decision has been taken, it is then notified to the EU. The issue in ‘Miller’ was whether the decision to withdraw could be taken by ministers or whether it needed the approval of Parliament. By a majority of 8-3, the Supreme Court held that an Act of Parliament was necessary, but that the content of the Act was a matter for Parliament to decide. The Supreme Court unanimously held that the consent of the devolved legislatures of Scotland, Wales, and Northern Ireland was not required. So much for ‘our precious union.’

Lawyers may find muddle in the reasoning of the Supreme Court but the result is clear and signals the fundamental importance of Parliamentary democracy and the rule of law. The government introduced a short bill two days later, to be followed by a white paper. These concessions were forced from a government that wished to conduct a secretive process closed to public and Parliamentary scrutiny. Meanwhile, the lead claimant in ‘Miller’ was the subject of prolonged abuse, some of it racially aggravated, and had to hire private security guards. An open and tolerant country? Really?

Anthony Arnull holds the Barber Chair of Jurisprudence at the University of Birmingham. He has specialised in the law of the European Union for over 30 years and worked at the European Court of Justice in Luxembourg from 1989-92. His publications include The European Union and its Court of Justice (OUP, 2nd ed, 2006), Continuity and Change in EU Law: Essays in Honour of Sir Francis Jacobs (ed, with Piet Eeckhout and Takis Tridimas) (OUP, 2008), and The Oxford Handbook of European Union Law, (OUP, 2015), with Damian Chalmers. He has given evidence to a number of UK Parliamentary Select Committees and acted as Specialist Adviser to the House of Lords EU Committee. In 2013-14, he served as an output assessor on the Law Sub-Panel for the 2014 Research Assessment Exercise (REF). He is also the author of European Law: A Very Short Introduction.