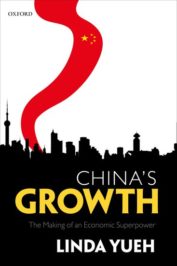 China's Growth: The Making of an Economic Superpower

Is it possible to end extreme poverty? And by 2030?

That’s the aim of the first of the 17 UN Sustainable Development Goals (SDGs). These were adopted by all nations and have begun to drive conversations at global gatherings, including those that I have contributed to in recent weeks.

This ambitious goal builds on the dramatic fall in worldwide poverty since 1990. Then, over one-third of the world’s population lived on less than $1.25 per day, adjusted for purchasing power parity or what a dollar buys in a country. That measures the level of abject poverty, and has since been adjusted to $1.90 per day. Based on these measures of extreme poverty, we are at a historic point where just 1 in 10 people in the world are poor.

It means that over 1 billion people have been lifted out of extreme poverty since 1990. The halving of the global poverty rate happened more quickly than the UN’s Millennium Development Goals (MDGs) had envisioned. The MDGs aimed to halve poverty worldwide from 1990 levels by 2015 – it was achieved in 2010.

So, the current SDGs are more ambitious. The aim is to end extreme poverty in just 13 years, by 2030. It means lifting the remaining 767 million poor out of poverty. But, what has worked before may not be enough this time.

In other words, most of the poverty reduction occurred because of China’s economic growth, as well as the rest of the East Asian region – countries which are on course to ending poverty. The poverty rate in East Asia fell from 61% to 4% between 1990 and 2015. In South Asia, it’s dropped from more than half (52%) to 17%.

By contrast, the number of poor isn’t declining in Sub-Saharan Africa and more than 40% of Africans still live in abject poverty. This is despite Africa registering the second fastest economic growth rate after only Asia during this period. The implication is that though it has worked largely for China and other Asian nations, economic growth isn’t enough to reduce poverty. High levels of inequality, for instance, mean that an economy can grow and not help the very poor.

So, that means eradicating poverty requires new strategies, in addition to what has been tried in the past couple of decades.

The aim is to end extreme poverty in just 13 years, by 2030. It means lifting the remaining 767 million poor out of poverty.

Half of the 767 million poor live in Africa and one-third are found in South Asia. The remaining poor dwell in East Asia, Latin America, and Eastern Europe, all regions which are on track to end poverty. Thus, the poor in Africa and South Asia should now be the focus, and devising economic growth that helps the poorest will require new approaches.

For instance, reducing income inequality should be a higher priority. That typically requires redistributive policies, but also pre-distribution ones such as mandating education to better equip the workforce.

Also, capital accumulation tends to be the engine of growth for industrialising nations, so investment funds are needed. This can come from public and private sources, and usually involves both governments and businesses working together to get financing into countries to fund entrepreneurship and infrastructure.

How these funds are deployed, of course, is where novel strategies are particularly needed. For instance, effective deployment of funds requires an understanding of the needs of the locality. Some of the most knowledgeable of a community’s needs are found in civil society organisations. NGOs or non-governmental organisations of any stripe can, for instance, help transmit the needs of a locality to government and businesses so that funding and resources can be used more effectively to foster economic growth. There is also a degree of accountability from smaller groups rooted in a community, as much of the evidence from social capital studies show.

Of course, there is not one recipe for economic success. But, involving more participants with a stake in society is worth considering. After all, policymakers and businesses have increasingly sought feedback from their citizens and customers about governance and needs. It’s just a step further to encourage individuals to become involved to help grow their communities.

Governments do not have all the answers, nor do businesses. Working with communities to support economic growth would be a natural step.

Without trying more eclectic ways of thinking about growth strategies, poverty is likely to persist. To realise the ambition of living in a world without extreme poverty will require trying something different and more collaborative going forward.

Linda Yueh is a Fellow in Economics at St Edmund Hall, University of Oxford. She is the author of China's Growth: The Making of an Economic Superpower.