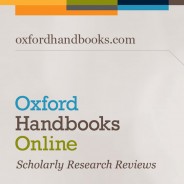 As these short-term forecasts were based on state and national polls, the size of these errors can be better understood by scrutinizing some of the individual polls on the eve of the election. Each poll’s margin of error (MoE) at the 95% confidence level is key to understanding how accurate it was on election eve. The MoE at the 95% confidence level means that if the survey was done 100 different times, we would expect the actual percentage result to be within the estimated MoE in 95 of those 100 different surveys. In other words, the MoE tells us the range of values for the “actual” value with 95% confidence. If then the actual vote for Trump falls within the poll’s margin of error, then the poll was not too far off the mark. Take the battleground state of Michigan as an example. In the November Detroit Free Press poll, the reported MoE was plus or minus 4%, and Trump’s poll result was 38%. Thus, according to the poll, the “actual” value was between 34 and 42%. Trump won 47.6% of the vote in Michigan, so the Detroit Free Press was not very accurate. In five state polls taken in November, Trump’s vote percentage (47.6%) was inside the margin of error in only one of the five polls. Michigan’s result shows that if election eve polls are any indication of overall poll accuracy, then there is significant room for improvement.

Turning to the long-view forecast models (including what we called synthetic models), we evaluate how well they performed in the 2016 presidential election. These models are based on historical outcomes dating back to 1948 and earlier, but the 2016 election was certainly like no other in recent memory. So how well did these comprehensive long-view models do in their forecasts?

Each model set out to predict the incumbent party’s share of the two party vote (which was 51.0 as of December 2nd, 2016). Table 1 lists all eleven 2016 published forecasts in PS: Political Science and Politics put out by nine different forecasters (or teams of forecasters), and shows that seven of the eleven forecasts were within one percentage point of the reported vote. Another three forecasts were within two-and-one-half percentage points of the actual outcome. Only one forecast missed by more than three points. Our Political Economy model forecast of 51.0 appears exactly right, as of this date. Thus, the performance of the long-term forecasts is remarkable.

Earlier this year we warned that the short-view forecasts can go wrong if the polls go wrong. Short-view models are based on the polls until, in the end, nothing else seems to matter. The 2016 polls, especially the state polls, led the short-term Electoral College forecasters astray. The long-view forecast models, relying on political science theory and historical data, and constructed with considerable lead time with only occasional updating, fared quite well this election. We know from past experience, however, that one is only as good as one’s last forecast, and 2020 already looms too close in the near future for forecasters to rest easy.

Charles Tien is a professor at Hunter College and the Graduate Center, CUNY. His election forecasts have appeared in PS: Political Science and Politics, Research in Political Sociology, American Politics Research, and American Politics Quarterly. Michael S. Lewis-Beck is F. Wendell Miller Distinguished Professor of Political Science at the University of Iowa. He has authored or co-authored over 240 articles and books on comparative elections, election forecasting, political economy, and quantitative methodology, including Economics and Elections and The American Voter Revisited. Professors Tien and Lewis-Beck are co-authors of the Oxford Handbooks Online article Election Forecasting: The Long View.