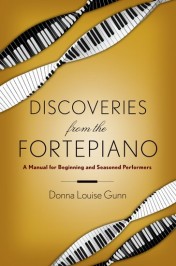 Whether speaking in simple conversation, acting dramatically on stage, singing in the shower, or performing on a musical instrument in a recital hall, the common goal is to “get to the point” in some way or another.  In Classical Era music, a tool that facilitates getting to the point is the use of small gestures that are designated with a slur.

The small slur — a stepwise appoggiatura figure — is the cornerstone to expressing the musical point. This type of slur is a sign of clarity, not a phrase mark. A two- to four-note group under a slur simply indicates “we belong together.” The slur gives intentional direction — gestures; much like a painter’s small brush strokes.  It provides guidance for rhythmic groupings and dynamic direction. It allows the performer to articulate or set aside important or new ideas. The slur indication enlivens and gives energy to the music by lightly end­ing one gesture and clearly articulating the next. The point is to make the music more interesting! In combination, small slurred gestures create phrases that are built, one upon another, to clearly define the larger structure.  This type of expression originated in Vienna in the eighteenth century and became so popular that it was trademarked “The Viennese Sigh.”

With this expressive tool at our disposal the possibilities are boundless. It is discussed specifically and extensively by Leopold Mozart in his pedagogical writings. In his Violinschule, he provides an example of three measures in triple time with thirty-three different possibili­ties for accentuation. He then proclaims: “Now this changes indisputably the whole style of performance.”

This fundamental eighteenth-century indicator is a quite simple and nat­ural concept based on Classical Era stringed instruments that used a convex bow which naturally creates a diminuendo. The first note under a slur is accentuated more strongly because of the natural tendency of the bow with a slackening of volume on the remaining notes. This practice is also a natural vocal tendency. Take a moment to verbalize any number of two-syllable words that contain a first-syllable accent to easily understand the concept. Likewise, due to the rapid decay on the fortepi­ano (the eighteenth-century piano), the first note under a slur is accentuated while the remaining notes under the slur create a diminuendo.

Properly executing these markings is what makes the message comprehensible. Notes under the slur should be played on the piano in a single impulse without making any movement of the hand. Beethoven teaches, “This will be achieved if it [the hand] is always placed firmly on the first of the two slurred notes and is lifted almost ver­tically as the second note is touched.” Notice that it is the hand, led by the wrist, that initiates the release. Following this advice will prevent hopping off the key to avoid a choking, unmusical staccato, or pushing off the key to avoid that terrible clunker — the undesired accent.

Eighteenth-century style is closed related to expository speaking. (The Classical sonata with its exposition, development, and recapitulation blossomed during this time). Articulate, “clean-speaking” execution is of utmost importance and is done so with clean articulation of the downbeat. Therefore, eighteenth-century slurs almost never continue over the bar line.

Not only does following slur markings create an articulate sound it also creates an extremely intimate, complex, and beautiful affekt that can be realized beautifully on the fortepiano:

And with careful attention to subtleties in the wrist it can be pleasingly achieved on the modern piano:

There are some understood rules regarding eighteenth-century notational practices of the slur. It is customary to indicate only the first few sets of accentuation in prolonged successions of detached or legato notes. Succeeding tones follow suit until another kind of mark inter­venes.

In the Beethoven example, articulation begins with two-note slurs in ms. 47.  It is understood that this grouping will continue through mm. 48–49 until the articulation is changed in ms. 50.  Incidentally, it is common practice for the accompanying part to follow suit with the designated articulation.  Therefore, in this example, the left hand may play two-note slurs along with the right hand.

This practice is clearly and cleanly heard on fortepiano and, again, can be achieved with aesthetically pleasing results on the modern piano.

For all pianists, regardless of the instrument, to “get to the point” utilize a simple practice: Each slur is a gesture from more to less with the wrist initiating the lift.