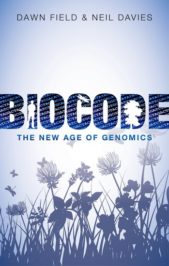 Politically, 2016 has been a wildly, tumultuous year. We go into 2017 on a completely new footing. One that has many of us fearing we face a treacherous fall. Now is the time, more than ever, to reposition our global footing and keep climbing.

It’s impossible to wrap up a year of writing a science column without talking politics. Deep and divisive political change is overshadowing science.

The looming danger we face today is far bigger than budgets for science, public perceptions of the positive impacts of science, or changes in levels of pro-intellectualism. The looming danger is the now very perceptible, deeply tangible move in this year away from ‘facts’.

The post-fact era has been touted and now confirmed repeatedly. Post-truth has been named the Word of the Year. The silver lining lies in the thinking world’s recognition of the era of ‘post-truth’. Identifying a problem is the first step towards solving it. Understanding the forces contributing to the formation of a post-truth world is now the duty of all who care about Truth.

There are two types of Truth, one absolute and the other manufactured to suit humans. We’ll call absolute Truth, based on empirical evidence and objective reasons, the kind with a letter “T” in caps. We will call human-concocted notions that gain wide-spread acceptance as truths, with a small “t”. “Truths” and “truths” are decidedly different.

In history, there have always been truths with a small t that come about as an unavoidable aspect of progress. They have scarred and marred the progression of science, as in the dangers of nuclear war or the environment-destroying properties of DDT, originally used to rid the world of disease-carrying mosquitoes. We simply don’t know everything and it takes time, and yet more good science, to learn how the world works. These are the ‘honest’ truths with a small t. At its best, science is self-correcting and in time truths evolve into Truths.

Then there are naïve, ignorant, and downright, malicious truths with a small t, fabricated by self-serving humans with horrible aspirations: war propaganda, grounds for genocide, and all forms of manufactured untruths, such as smoking being beneficial to health, that make their masters big money.

There are huge gains to be made by fabricating truths. Consensus-based truths have repeatedly helped society. For example, the stack of technical standards that run the plumbing of the Internet are consensus-driven constructs. Languages, which form the very foundation of human society, are human constructs. The 7000 extant languages, and many dead ones, attest to the fact that there is no Truth when it comes to language. Just practical human agreements about ways to communicate. A dog is a dog whether you call it a dog in English, chien in French, or kutta in Hindi.

So, when do truths with a small t go so wrong? When they serve only a fraction of people. When they are engineered to benefit self over society. When these truths are deeply asymmetrical in their consequences. When they cause intended harm.

An entire society benefits from a shared language. Only a fraction of a population from untruths that prop up false claims of superiority, tout products that kill, or spread rumours that compromise the reputation of a president or a presidential candidate.

Today, on top of the historical motivations for spreading untruths, we have a new motivation. Cash on the internet. False content can bring purveyors of lies big ad money. A few individuals have realised this and cashed in. The worst fake stories are the ones that go viral the quickest, preying on our worst human tendencies. Lies are the new get rich quick scheme.

Untying this knot is essential. Educating the public to the existence of fake news is critical.

One can look back and see how we got here. Thanks to the rise of blogs over the years, we have become used to consuming opinions. They offer a valuable perspective on the comings and goings of the world. But some are using the normalization of ‘opinion’ to create highly biased news outlets.

Now we are a grey area between news and opinion that can be steeped in hidden agendas and increasingly, flat out lies. News should be objective, present both sides, and be based purely on fact. Most of the public doesn’t expect lies in print. It takes some getting used to, and is a very scary scenario to take in.

So, how do we maintain the integrity of our public world? We should demand that anything branded as ‘news’ be Truth. Opinions should be branded opinion. Packaging fabrications as Truth should be a punishable offense under the law. The determining factor, though, of how and when we move to a Truth-based, global society is how much we want to.

We must revere Truth and demand it at all levels, not just the news. Science might not always get it right, but its foundation is the empirical search for the Truth.

Where strong societal belief in Truth and its values exists, open thinking, reason, and science thrive.

May 2017 bring a marked shift towards Truth. A revived, blanket belief in the need for Truth. Truth is our moral compass in times of uncertainty.