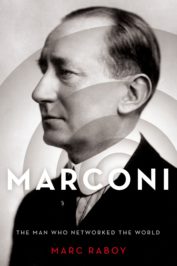 Marconi: The Man Who Networked the World

Guglielmo Marconi was the man who networked the world. He was the first global figure in modern communications, popularizing as well as patenting the use of radio waves. Decorated by the Czar of Russia, named an Italian Senator, knighted by King George V, and awarded the Nobel Prize for Physics, Marconi accomplished more before the age of forty than many people do in a lifetime. This stateless “master of the electric waves” changed the world with his achievements in ways that resonate to this day.

A version of this article  originally appeared on CBCbooks.

Heather Smith is a Marketing Assistant at Oxford University Press.