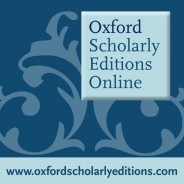 Samuel Pepys penned his famous diaries between January 1660 and the end of May 1669. During the course of this nine year period, England witnessed some of the most important events in its political and social history. The diaries are over a million words long and recount in minute and often incredibly personal detail events such as the restoration of the monarchy, the Second Anglo-Dutch War, the Great Fire, and Great Plague of London. By detailing his daily life with such frankness (Pepys never anticipated his diaries to be so publicly scrutinized) he provided an unprecedented window into the everyday experiences of seventeenth century Londoners as well as major political events.

Find out more about key events in the life of Samuel Pepys with this interactive timeline — from his comments on the coronation of Charles II to his scathing review of A Midsummer Night’s Dream and from the chaos of the Great Fire of London to the devastation left by the Plague.

Featured image credit: ‘The burning of the English fleet off Chatham, 20 June 1667’ by Peter van den Velde, from the Rijks Museum. Public Domain via Wikimedia Commons.

Amelia Carruthers is a Marketing Executive with the Online Products team.

The diaries and letters of Samuel Pepys are available on Oxford Scholarly Editions Online (OSEO). With OSEO you can discover a rich collection of primary material that ranges across a wide variety of subject areas, from philosophy, literature, and theology, to economics, linguistics, and medicine. Overseen by a prestigious editorial board of prominent academics, led by Editor-in-Chief Michael F. Suarez, S.J., this resource currently provides access to material written between 1485 and 1901, plus Classical Latin poetry, prose, and drama.