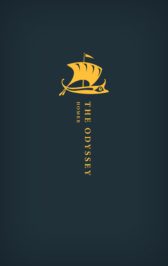 Homeric word-order is unusually accommodating towards its English equivalent. Verbs usually come where you expect them, adjectives sit near their nouns. Compared to, say, the complex structures of a Pindaric ode, or the elliptical one-line exchanges of dramatic dialogue, Homer’s largely paratactic progression of ‘…and…but…when…then…’ presents his translator with few immediate problems. I found this particularly helpful, as I had set myself a discipline of keeping as closely as possible to a version where the English line corresponded to the Greek. As well as offering easy reference to those studying the poem closely, I found it helped sustain the onward drive of the narrative.

The toughest challenge for the 21st century translator is undoubtedly that of register. As we all know, no one ever spoke Homeric Greek. It is an amalgam of different dialects, predominantly Ionic, whose effect is to set the story apart from the everyday, and to lend it a dignity appropriate to a tale of long ago heroic deeds. That said, Homer does often go remarkably well into current English. ‘Tell me, Muse, of the man of many turns, who was driven/far and wide after he had sacked the sacred city of Troy’ is a near-literal rendering of the Odyssey’s first two lines. Compare the task of producing an acceptable version of ‘His sweet spirit surpasses the perforated labour of bees’ (Pindar, Pythian 6.52-4).

Still, there are times when one yearns for a modern epic poetic, to capture something of Homer’s heroic loftiness, at the same time as satisfying the two classes of notional classics readers: staying close to the Greek and offering a good read to the casual bookshop/internet buyer. It can’t be done consistently, of course. We can no longer draw on the poetic diction available to English writers in the 300-odd years from Shakespeare to the Georgians. T.S. Eliot saw to that, and in any case no one these days – with the possible exception of Derek Walcott – writes epic.

Matthew Arnold saw the problem clearly 150 years ago, in his first Oxford poetry lecture ‘On Translating Homer.’ He accurately observed that ‘the translator of Homer should be above all penetrated by a sense of the four qualities of his author: that he is eminently rapid…eminently plain and direct…and eminently noble.’ Much of his entertaining diatribe was directed at the quaint inversions of an Iliad translation by Francis Newman (brother of John Henry), which relied heavily on an elaborate quasi-poetic diction that was reaching the end of its useful life. Arnold’s own quoted version of Iliad 19.400-24 is a brave effort (in hexameters!) to purge his English of Newmanisms, though it does to our ears verge on the fusty:

‘Why dost thou prophesy so my death to me, Xanthus? It needs not.
I of myself know well, that here I am destined to perish,
Far from my father and mother dear: for all that. I will not
Stay this hand from the fight, till the Trojans be utterly routed.’ (419-23)

I suppose there is here an attempt to convey nobility, or elevation (the passage comes after all at a crucial point in the poem).

Arnold dealt only with the Iliad, whose tragic theme lends itself to his idea of nobility. Peopled almost entirely by battling heroes, the poem has a kind of relentless grandeur; even the contemporary translator finds that once he has chosen his medium and scrambled on to a certain level, as it were, it is not all that difficult to soar now and then (Richmond Lattimore’s 1951 version and Martin Hammond’s 1987 do this pretty well).

The Odyssey is quite different. Unlike the earlier poem, with its focus on aristocratic champions seeking honour and fame on the battlefield, the Odyssey’s eponymous character is a different kind of hero – patient, enduring, resourceful, tough and inventive, reliant on cunning for survival in a hostile environment. Moreover, the people he encounters are drawn from a much wider social range than the Iliad’s narrow warrior-world. The Iliad’s action is confined to Troy and the plain outside its walls; by contrast, the Odyssey carries us over much of the know Greek world: royal palaces in the Peloponnese, Crete, Odysseus’ Ithacan home and household in the far west, not to mention his forays into fairyland, where anyone can turn up and anything happen. Much is told in a rapid, plain, and direct way; and there is nobility too.

All this means is that the translator has to find a number of separate voices, to describe strange places and happenings and to bring out the tone of exchanges between different kinds of people: Telemachus’ journey in Books 1-4 to adulthood, Odysseus’ adventures with monsters, his trip to the edge of Hades, his stay among the Phaeacians, his time in the swineherd Eumaeus’ hut, the episode with his old dog, the slaying of the suitors, his reunion with Penelope, and much more. It all sounds a big challenge, but I found I was helped in this by a notable piece of Homeric alchemy: the formal language that so exactly suited the Iliad’s high tragic seriousness turned out to be supple enough to convey the domestic and the bizarre – though never at the cost of dignity. Whether the result avoids the opposing pitfalls of banality and pomposity is up to the reader to decide.

Anthony Verity is a classical scholar and educationalist whose appointments include Head of Classics at Bristol Grammar School, Headmaster of Leeds Grammar School, and Master of Dulwich College from 1986 to 1995. His translations for Oxford World's Classics include Theocritus, Idylls and Pindar, The Complete Odes, and the Iliad. He has recently translated Homer's The Odyssey.