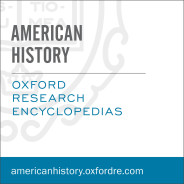 The surrender of Lord Cornwallis’s British army at Yorktown, Virginia, on 19 October 1781 marked the effective end of the War of American Independence, at least in North America. The victory is usually assumed to have been Washington’s; he led the army that besieged Cornwallis, marching a powerful force of 16,000 troops down from near New York City to oppose the British. Charles O’Hara, Cornwallis’s second-in-command, surrendered to his American equivalent, Benjamin Lincoln. The presence of the young Alexander Hamilton, one of Washington’s aides-de-camp, who led a light infantry unit in the final stages of the siege, adds to the sense of its being a great American triumph.

In truth, Washington commanded an allied army, in which the French component was very important. A French army expeditionary force had been stationed in New England since 1780, and soldiers from this French contingent (when combined with others brought up from the West Indies) comprised nearly half of Washington’s forces. In a symbolically important gesture, O’Hara had tried to surrender to the Comte de Rochambeau, the French commander, only for Rochambeau diplomatically to insist that he was merely an American auxiliary. The reluctant O’Hara therefore offered his sword to Washington, who in turn insisted that his second-in-command should take the British surrender. Rochambeau followed military etiquette to the letter, but by doing so created a misleading impression of the French contribution.

Not only did French heavy artillery relentlessly pound Cornwallis’s defensive works, but French troops played a key part in capturing an important British redoubt. But before this moment, the French navy had sealed Cornwallis’s fate by leaving him trapped and without realistic hope of help.

Ever since the French entered the war as American allies in 1778, Sir Henry Clinton, the British commander-in-chief in North America, had worried about the potential of the French navy to co-ordinate operations with the American army and force a British outpost or army to surrender. In 1778 itself, the French Mediterranean fleet managed to elude the Royal Navy and arrive off New York to the complete surprise of the British garrison. On this occasion, the Americans could not co-ordinate their efforts on land with the operations of the French at sea. The same failure meant that the British garrison of Newport, Rhode Island, escaped capture a few weeks later. In 1779, the French and Americans worked together more effectively, besieging a British force at Savannah, Georgia. A French fleet blockaded the British garrison, but fearing that stormy weather would damage the ships, the French commander pressed for a premature attack on the British lines, with disastrous consequences. In the autumn of 1781, however, the French and Americans finally realized the potential of their alliance in dramatic fashion.

The French fleet that cut Cornwallis off by sea fended off a British attempt to relieve him, forcing the British vessels to retreat to New York to repair and refit. This naval battle proved to be the decisive episode in the siege, not least because the French victory persuaded Cornwallis that the writing was on the wall. Clinton made one desperate last attempt to save his beleaguered colleague, assembling as many men as he could spare from the New York garrison and putting them on board the British fleet. But by the time they set sail, Cornwallis had already opened negotiations and was preparing to surrender.

The vital role played by the French navy at Yorktown became more apparent in retrospect. Washington, flushed with triumph, wanted to go on and force the surrender of the remaining British strongholds at Charleston, South Carolina, and New York City, the British headquarters. But the French had other ideas. Their fleet and army sailed down to the Caribbean, with the aim of delivering a knock-out blow to the British by capturing Jamaica. Their hopes were dashed by Admiral Sir George Rodney’s victory at the Battle of the Saintes, which saved Jamaica and began a revival of British fortunes. Tellingly, in the absence of the French fleet, Washington could make no progress in forcing the surrender of the remaining British outposts in the United States. His troops prevented the British from penetrating far inland from their bases, but they alone could not compel the British to capitulate, as their garrisons could be sustained by British control of the coast. In the end, the British withdrew from Charleston at a time of their own choosing, and remained in New York until after the final peace treaties had been signed. Without the French navy, Washington could not pull off another Yorktown—and without the French navy, Yorktown itself may not have been the important British defeat that it was. Cornwallis would probably have held out until reinforcements sent by Clinton obliged Washington to lift the siege.

Stephen Conway is Professor of History at University College London. He has written extensively on eighteenth-century Britain and Ireland in books such as Britain, Ireland, and Continental Europe in the Eighteenth Century (OUP, 2011), War, State, and Society in Mid-Eighteenth-Century Britain and Ireland (OUP, 2006), and The British Isles and the War of American Independence (OUP, 2002). He recently published the article, “A Military History of the American Revolution, 1754–1783,” in the Oxford Research Encyclopedia of American History.