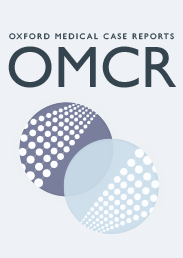 Oxford Medical Case Reports (OMCR) is an open access, peer-reviewed online journal publishing original and educationally valuable case reports that expand the field of medicine. The journal covers all medical specialties comprising a comprehensive resource for physicians in all fields and at all stages of training.

We have reached an age where the trajectories of the advancement of technology including mobile applications, artificial intelligence, and virtual and augmented reality may rapidly spike at any given moment, potentiating an increased incidence of unforeseen consequences in the form of distraction-related morbidity.

In the not-too-distant past, logging onto the internet meant sitting in front of a computer. However, smartphones and all subsequent mobile technology rendered that stationary inconvenience obsolete. Today we can access the sum of all human knowledge in the palms of our hands, which allows us to fall into a rabbit hole of infinite distraction at our own convenience. Much like the lab rats that starved because they preferred to directly stimulate their brain’s dopamine reward system instead of eating, we humans need strict self-discipline to prevent these distraction-related morbidities. Our lives have been penetrated with torrents of constantly-updating content, and our brains need time to keep up with this seemingly logarithmic rate of increased technological advancement.

Pokémon Go, the most rapidly downloaded smartphone application in history, has demonstrated the ability of mobile applications to encourage user mobility by overlaying information on top of a natural environment, thus engaging its users to ambulate during gameplay. The sedentary lifestyle of gaming is being challenged by the integration of virtual reality, wearable technology, and mobile gaming devices to increase physical activity amongst its users, which manifest in real-life health benefits. These applications not only promote exercise, but also allow users to quantify the amount of their daily activities, which can track trends in health and fitness and are a valuable asset to clinicians in helping prevent and diagnose various pathologies. In fact, 62% of smartphone owners acquire some form of health information from the various wearable technology and mobile devices to which they are connected. Many users benefit from positive reinforcement by sharing their activity data on social media and also encouraging friends to be more active.

While these technologies can be beneficial in a wide variety of environments, its use enables distraction and attenuates attention. Two recent case reports are among the first in the medical literature of augmented-­reality application-related injuries requiring acute intervention in a trauma center. The first incident involved four passengers in a single vehicle rollover accident, in which the driver, a 19-year-old male was “hunting Pokémon” while driving and found one across the road. In an attempt to “flick his Pokémon ball to capture the Pokémon”, he lost control of his vehicle, rolling it, and ejecting the three other passengers from the bed of the pickup. Luckily a CT scan of the head identified only a small focus of subarachnoid hemorrhage with no evidence of increased intracranial pressure and a Glasgow coma scale of 15, as well as a small laceration of the liver involving the caudate lobe. The second incident was caused indirectly by a Pokémon Go user, as a driver swerved off the road to avoid the distracted pedestrian player. The driver was a 58-year-old woman who presented to the emergency department with multiple pelvic fractures that were treated non-operatively. Two other potentially dangerous scenarios may arise in which distracted users either directly cause injury to non-users (i.e. an accident involving a distracted driver and a pedestrian), or where a non-user may inadvertently injure a distracted user (i.e. an alert driver unable to stop in time when a distracted user rushes out onto a busy street).

Five years ago, only one in three Americans owned a smartphone, and that number has since doubled. Now 46% of all smartphone users say their device is something they “cannot live without.” These applications and mobile devices improve our lives, yet the potential to be consumed by their never-ending distractions might outweigh their benefits, at least until we maintain a digital equilibrium between work and play. Further research is yet to be done on what measures can be taken to ensure the safety of mobile augmented reality applications that promote ambulatory activity and to prevent distraction-related morbidities. Likewise, proper precautions and preparation must be taken by responsible users of augmented reality to minimize distractions and prevent such potentially pervasive perils from becoming a public health risk. As scientists and clinicians, we must properly “dose” the use of these devices, “dose” activity, and “dose” recreation without succumbing to a potentially fatal “overdose” of distraction.

Jano Boghossian is a medical student at Western University of Health Sciences, College of Podiatric Medicine, and is currently doing his third-year clinical training at Olive-View UCLA Medical Center. He holds degrees in Physiological Sciences and Armenian Studies from the University of California, Los Angeles (UCLA). Jano is a member of the Southern Arizona Limb Salvage Alliance (SALSA) research team in Tucson, Arizona who recently published “Potential perils of peri-Pokémon perambulation: the dark reality of augmented reality?” in Oxford Medical Case Reports.

David G. Armstrong is Professor of Surgery and Director of the Southern Arizona Limb Salvage Alliance (SALSA) as well as Deputy Director for the Arizona Center for Accelerated Biomedical Innovation (ACABI) at the University of Arizona College of Medicine. His works put him at the nexus of consumer electronics, medical devices and human augmentation.

Bellal Joseph is Associate Professor of Surgery and Director of Surgical Innovation at the University of Arizona College of Medicine. His works focus on trauma, critical care, and the role of technology in innovating next-generation surgery.