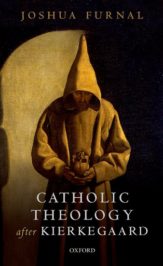 In a candid interview with Stephen Colbert, Vice President Joe Biden gave a moving testimony about his faith amid the pain of recently losing his son to brain cancer. In the past, both Colbert and Biden have been open about their Catholic faith, but in this moment both men found themselves reflecting upon how they have struggled with their faith after losing loved ones very close to them. During this emotional interview, Colbert asks: “I know you’re a man of deep faith—but how has your faith helped you respond to having lost your first wife, and your daughter and now your son?” Vice President Biden replied:

“Loss is serious and it’s consequential, but there is so many other people going through this. But for me, you know my wife (she’s a professor), when she wants to leave me messages, she literally tapes them on my mirror when I’m shaving and she put up a quote from Kierkegaard who said ‘faith sees best in the dark.’ And for me my religion is just an enormous sense of solace … And all the good things that have happened have happened around the culture of my religion and the theology of my religion, and I don’t know how to explain it more than that. But it is just the place that you can go. And by the way, a lot of you have been through this; the faith doesn’t always stick with you. Sometimes, it leaves me.”

One does not expect that a Danish Protestant from the 19th century would be cited by a Catholic public official on prime-time television in the United States. But as Joe Biden reminds us, there is a spiritual and edifying light in Søren Kierkegaard’s writings that some fail to notice. Biden speaks about something that is recognizable to many people: there are periods in life when faith appears and then others when it seemingly disappears. But Biden finds solace in Kierkegaard’s reminder that “when in the dark night of suffering sagacity cannot see a handbreadth ahead of it, then faith can see God, since faith sees best in the dark.”

In Catholic Theology, the traditional definition for faith comes from the Bible: “faith is the assurance of things hoped for, the conviction of things not seen” (Hebrews 11:1 NRSV). This firm yet unseen hope characterizes the goal of the Catholic faith, which is communion with God and each other. This communion takes the form of friendship and involves publicly reasoning—believing and knowing—about the object or goal of this faith. Now, the truth to which one intellectually assents is not initially apparent to everyone in plain sight but is discovered as intelligible and credible because the God who has revealed it is trustworthy. Thus, the knowledge of God that is received and believed by faith at once invites and resists intellectual mastery.

In St. John Paul II’s encyclical Fides et Ratio, he commends Kierkegaard to his readers (n. 76). For John Paul II, Kierkegaard understood the epistemic humility that is required when contemplating the God who is revealed intelligibly as mystery: “the knowledge proper to faith does not destroy the mystery; it only reveals it the more, showing how necessary it is for people’s lives” (n. 13). Thus, the light of faith that shines in the dark is paradoxical: the mystery of faith that is believed is also the faith by which one believes.

Yet, faith is often misunderstood as if it was a technological apparatus like night-vision goggles. Instead, the Bible speaks of faith as coming from a word that is heard: “faith comes from what is heard, and what is heard comes through the word of Christ” (Romans 10:17 NRSV). Faith requires the patience for one’s eyes to adjust to the dark so that one may hear and see God’s self-disclosure to humanity—like the solar illumination of the moon, faith is lit up with borrowed light.

But for Kierkegaard, what does faith see in the dark? Kierkegaard’s theology of faith appears most visibly in his Eighteen Upbuilding Discourses (1843-44). In this work, one of Kierkegaard’s favorite passages from Scripture keeps re-surfacing throughout these reflections: “Every generous act of giving, with every perfect gift, is from above, coming down from the Father of lights, with whom there is no variation or shadow due to change” (James 1:17 NRSV). For Kierkegaard, the theme of receiving life as a gift from God is very important and this theme is often illustrated in one of Kierkegaard’s prayers:

Another aspect of Kierkegaard’s view of faith pertains not just to recognizing our life as a gift from God, but also to recognize our need for God. Normally, people think of the state of being in need as a negative form of dependence that runs at cross-purposes with the goal of becoming an independent and mature adult. However, Kierkegaard argues that our need for God is our greatest independence and our highest good:

“In a human being’s relationship with God, it is inverted: the more he needs God, the more deeply he comprehends that he is in need of God, and then the more he in his need presses forward to God, the more perfect he is” (EUD 303).

To sum it up briefly, Kierkegaard’s view of the Christian faith is informed by Scripture. For Kierkegaard, despite one’s circumstances in the dark, faith is a humble trust in the goodness of God who says “See, I am making all things new” (Revelation 21:5 NRSV).

Featured Image Credit: “A candle for a prayer” by Brendan Ross. CC BY-SA 2.0 via Flickr.

Joshua Furnal is Assistant Professor of Systematic Theology at Radboud University in the Netherlands. He holds a Ph.D. from Durham University (England). He is the author of Catholic Theology after Kierkegaard. Currently, he is working on a project at the intersection of Existentialism and Thomism during the twentieth century.