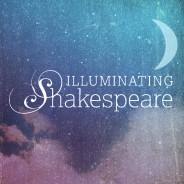 Fools, or jesters, would have been known by many of those in Shakespeare’s contemporary audience, as they were often kept by the royal court, and some rich households, to act as entertainers. They were male, as were the actors, and would wear flamboyant clothing and carry a ‘bauble’ or carved stick, to use in their jokes. They were often allowed to get away with satirical comments that others in the court could not, but they would still have to be careful (as we see in King Lear, when the fool is whipped for going too far).

Shakespeare utilizes these characters of fools, also sometimes equated with the word ‘clown‘, throughout his plays to a variety of differing ends, but in general terms he most often portrays two distinct types of fool: those that were wise and intelligent, and those that were ‘natural fools’ (idiots that were there for light entertainment). You can see some of Shakespeare’s wise fools in Touchstone (from As You Like It, who was Shakespeare’s first use of a fool), Feste (from Twelfth Night), and Lear’s Fool (from King Lear), whereas some of his ‘natural fools’ include Lance (from The Two Gentlemen of Verona), Bottom (from A Midsummer Night’s Dream), and Dogberry (from Much Ado About Nothing).

From song and dance on stage to the costumes they wore, discover some facts about fools, and quotes from Shakespeare’s plays, via the graphic below. If you’re interested in finding out more, then download the graphic as a PDF to click through to some extended content.

Download the graphic as a PDF or as a JPG.