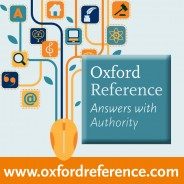 The Rio Summer Paralympic Games began on 7 September, 2016. These games offer audiences a chance to be awed by the athletic elitism of international athletes with disabilities, and are renowned for their spirit of accessibility and inclusion. The Paralympics are younger than the Olympics, but in just sixty seven years they have grown to encompass more than 170 countries and 4,000 elite athletes. These athletes compete in wheelchairs, with prosthetic limbs, and without senses such as hearing or sight across more than 20 different sports.

Below are ten interesting facts about the Paralympics so that you can impress your friends and family with your knowledge.

1. Before the Paralympics began, athletes with physical disabilities competed in the Olympics. Ray Ewry won eight gold medals in the 1900, 1904, and 1908 Olympics while having polio.

2. The Paralympic Movement began in 1948, after Dr, Ludwig Guttmann began to introduce sport as a method of rehabilitation for WWII soldiers. He organized the first competitions in wheelchair sport and the first event in archery at Stoke Mandeville on the same day as the opening of the Summer Olympics in London.

4. The term Paralympics combines the Latin word para (“next to”) with the word Olympics, because the games happen alongside the Summer and Winter Olympics.

5. The Olympic flag has flown over the Paralympic Games since 1984, when the International Games for the Disabled occurred in New York.

6. During the London Summer Paralympic Games in 2012, more than 4,200 athletes from 164 countries competed across 20 sports.

7. Wheelchair marathons are often completed in under 90 minutes, with 3.5-minute miles. Record holder Josh Cassidy completed a 26.2-mile race at 1 hour 18 minutes and 24 seconds in London 2012.

8. Goalball is designed for those with visual impairments, and in order to play athletes must wear an eyeshade (to ensure even those who can partially see are playing in the dark), so they rely on their tactile and auditory senses to score goals.

9. Another lesser known Paralympic sport is boccia, which is a ball and target game for wheelchair-based players.

10. Paralympic athletes such as South African swimmer, Natalie du Toit, and Polish table tennis player, Natalia Partyka, have been known to qualify and compete in both the Paralympic and the Olympic Games.

This blog post has been written by the Oxford Reference marketing team.