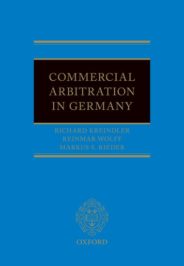 What has long been standard market practice in many jurisdictions is becoming more and more mainstream in Germany too: compensating counsel in arbitration cases on an hourly basis, and being entitled to have the defeated party pay for it.

There is a traditional view in Germany that at least as far as domestic arbitration goes, cost awards dealing with attorneys’ fees should be limited to the statutory fee scales applicable in state court litigation. Over the last few years, more and more tribunals, courts and legal scholars have adopted a more flexible approach, which has now been endorsed in a recent decision by the Munich Court of Appeals (Oberlandesgericht München, 4 July 2016, file no. 34 Sch 29/15).

In this case, the court had to deal with an application to set aside an arbitral award in which the arbitral tribunal had done just that. The winner had spent several hundred thousand Euros for its lawyers to conduct the case, and asked the tribunal to make the defeated opponent pay for it on the basis of the German arbitration law. The unhappy loser in the arbitration also lost the set aside application. The Munich Court of Appeals was clear that German arbitration law gave the arbitral tribunal discretion on this issue and that the nature of the case clearly allowed the hiring of specialized counsel. Among other things, the case raised complex issues of antitrust laws in connection with long-term energy supply contracts. In these circumstances, both the arbitral tribunal and the Munich court found it reasonable to hire a lawyer who would accept the assignment only against an hourly fee arrangement and not on the basis of the – much lower – statutory fee scales for attorneys-at-law under German law.

More often than not, increased costs in arbitration are the result of unnecessary or even obstructive manoeuvres

The court decision does not spell out the rate itself. Based on figures contained in the reasoning of the decision dealing with the amount of hours worked and the overall amount requested by the winner, it appears that the hourly rate was somewhere between EUR 300 and 400.

The decision is a welcome reminder of a number of themes:

Second, rules in arbitration are generally more flexible than the more rigid rules governing German state court litigation. Specifically, whereas German state courts see themselves principally bound to the attorney fee scales provided for by German law, an arbitral tribunal has more discretion as to what expenses it considers reasonable for pursuing a case. The Munich decision is a welcome encouragement to arbitral tribunals to make use of their discretion.

Third, more remains to be seen on the details. The court did not go into the issue of when hourly rates might be too high to be reasonable. The case did not necessitate such a discussion. As a general matter, arbitral tribunals and courts should be reluctant to second-guess a party’s agreement with its lawyers on hourly rates, or attorney compensation more generally. After all, high rates do not necessarily equal excessive overall costs, just as lower rates are not a guarantee for a more reasonable outcome. Much depends on the skill-set of the lawyers employed, their experience, the efficiency of their work-style, and last but not least, the parties’ approaches to the conduct of the case. More often than not, increased costs in arbitration are the result of unnecessary or even obstructive manoeuvres, such as doubtful procedural moves or excessive document production, and not so much the result of the amount of hourly rates.

Dr. Markus S. Rieder is a partner with the Litigation & Trial department of Latham & Watkins LLP in Munich. He specializes in international and domestic arbitration, corporate and complex litigation, as well as compliance matters. Together with Prof. Richard Kreindler and Dr. Reinmar Wolff he is co-author of Commercial Arbitration in Germany (Oxford University Press, 2016).