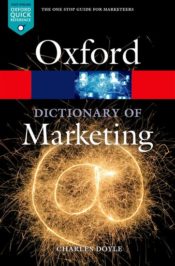 A Dictionary of Marketing

Marketing as a business function has swept the world. It is the fastest growing global business activity. It has infiltrated all aspects of life, not just the economic — but also the political, social, and personal.

During my 30 years of working in international marketing roles, I have witnessed this global rise, and consequently, my preferred approach is to be global with my marketing campaigns. In the digital, interconnected world this is, I believe, a necessity.

But in what sense global?

This ‘nationalism’ in the conduct and perception of marketing can often be linked to the recent history, culture, and social character of a given country, and to the status (high or low) that the discipline of marketing has there.

While most countries are now using similar methods – such as social and digital marketing – there are some enduring differences and perceptions.

Let’s look at marketing characteristics in some of the world’s largest economies:

The US pioneered modern marketing techniques at the beginning of the 20th century. It remains a beacon for innovative marketing practice. Although the majority of its marketing activities are focused on its huge domestic market, the US companies and people have continued both to adopt and adapt new techniques of marketing.

In the US, marketing is treated as a profession rather than a support service. There, marketing enjoys much higher social and professional esteem and is better understood as a central factor in economic development than in most other countries. The marketing of products, services, and individuals is pervasive and ubiquitous at all levels of American economic life.

Marketing accomplishment can be a route to becoming a CEO in many American companies. US presidential candidates make no secret of using marketing techniques to get elected.

Many leading British filmmakers started their careers in creative advertising. The BBC has often held up as the world benchmark of quality in its broadcast communications and increasingly for its digital channels. However, the UK has never ascribed professional status to marketing as a whole. Board level positions in the UK are more filled with accountants than with marketers.

Germany, with its strong engineering roots, has majored in product marketing, particularly in the automotive industry. Enhancing product functionality is preferred to intensive marketing of the product. German consumers are conservative, private, and risk averse and are not easily influenced by advertising, either in traditional, broadcast, or online forms and tend not be early adopters of innovations. Advertising as a percentage of GDP is much lower in Germany than in the US or the UK. Unlike the UK, Germany has not been so open to American style marketing techniques. German journalists and media professionals are critical and rigorous and not easy to persuade.

Consequently, Germany is weaker in services marketing, creative advertising, and in its general appreciation of marketing as a serious business discipline. Marketing does not have the status in German business culture that it has in the US and is not regarded as a route to board level appointments.

In Japan, the customer is venerated. Customer service and putting the customer first is deeply rooted in Japanese business culture. The overwhelming focus of Japanese marketing is on winning the trust of customers and creating long term relationships with them. Japanese customers are fickle and demand highest quality in both service and in products. Their interpretation of product and service quality is the key to winning both their business and their enduring loyalty. Consequently much of Japanese marketing attention is on continuous improvements of product quality and the process of service improvement. As a result, Japan is skilled in consumer market research, and product marketing.

Japanese culture does not accord any distinction to marketing as a profession, and tends to see marketing as an integral part of business, rather than a separate discipline.

Russia and China, always historically strong on the uses of image, staged events, and propaganda within their own countries, are now coming to appreciate the necessity of marketing as they start to become major powers in global markets.

Another uniquely Chinese market phenomenon is the demographic consequences of the one child policy, which has meant that a whole generation  of under 40’s having the undivided attention of 6 relatives, and whose patterns of higher spending consumer behaviour are totally different from their thriftier parents’ generation. China’s new generation of ‘little emperors’ are changing the way in which companies address marketing for a more consumer dominated society.

India uses a blend of traditional and modern marketing to power its phenomenal growth, often in spectacular cocktail mixes of the old and the new for their vast population. India is a vibrant and raucous market, with vast disparities of wealth and consumer behaviour. India uses many of the marketing techniques that the West would now view as traditional: giant bill board posters, print advertising, product placement in films and television, celebrity endorsement; ‘push’ marketing using texting. In other ways India has some unique features; firstly global brands must adapt to Indian customs and tastes – for example – most famously McDonald’s revision of its successful ‘global’ food menu to align with Indian culture, practice, and taste. Secondly the innovative use of celebrity marketing – notably leading Indian cricketers and Bollywood film stars – to market products and services – often involving elaborate hoaxes and long running stories.

So we have a paradox: an increasing global world, with increasingly standard digital marketing techniques, yet the endurance of local and national cultures that prevent total homogenization of all our products and services and how we see them, experience them, and receive them.

Charles Doyle is currently the Chief Marketing and Communications Officer for JLL (Jones Lang LaSalle), one of the largest global commercial real estate companies. Previously, he was Chief Marketing and Business Development Officer for Clifford Chance, the international law firm. Doyle has also held senior global marketing and communications positions with Accenture, BT and Fujitsu in the UKAEA. A former university lecturer, he holds the degree of DPhil from Oxford University and an MA from the University of Glasgow. He is an author of several publications on marketing and business strategy for think tanks and business journals and is a regular conference speaker. He is the author of A Dictionary of Marketing.