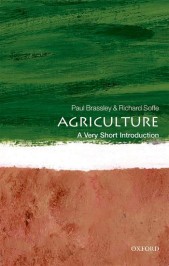 Where I live, in the west of England, the lambs begin to appear in the fields in March and April. It’s a classic pastoral scene that must have been repeated across this landscape for at least the last thousand years, and in all probability for much longer. The only difference is that some of my local lambs and their mothers now have numbers sprayed on in blue paint, so that the farmer knows that lamb number 20 was born to ewe number 20, or that ewe number 68 had twins. I wonder if that spoils the pastoral image, which identifies the lamb as the embodiment of innocence and the shepherd’s life as the most enviable. ‘How sweet is the Shepherd’s sweet lot!’, wrote William Blake in 1789, in a pastoral tradition  that could be traced back to classical Greece and still finds an echo in James Rebanks’s current best-selling The Shepherd’s Life.

In February, when the local ewes were heavy with their lambs, the newspapers carried an article about a Japanese company called Spread, based in Kyoto. In a fully-automated operation covering just over an acre the company plans to be producing 30,000 heads of lettuce per day by 2017, and more than ten times that number within five years. The company’s website calls it a ‘vegetable factory’; the Guardian (2 February 2016) called it ‘the world’s first fully automated farm’, pointing out that the seed planting will be done by people but everything else from watering to harvesting will be done by robots. So which is it, farm or factory? Where do we draw the line between farms and factories, or where do we set the boundaries of agriculture?

This isn’t a new question. Ruth Harrison raised it in 1964, when she published Animal Machines: the new factory farming industry, in which she expressed concern not only for the animals that were treated like machines within factory-like buildings, but also for the impact of those buildings on the rural landscape. In the half century since then agricultural technology has moved on, although you might not guess it from a cursory glance out of the train window. The fields are still green in the spring, or yellow with waving corn in the summer. But look more closely. You will not see many farms with a few pigs and chickens wandering around the farmyard, because they tend to be kept in bigger numbers, and often indoors. With the introduction of robot milking machines, the dairy cow may be the next animal to disappear from the fields, followed by the tractor driver, as computer-controlled tractors become more common. Agricultural technology does not stand still, and despite its image as a repository of traditional thinking and practice, farming has changed as rapidly as other economic activities in the developed countries, and more rapidly than many.

From time to time, from your train window, you will see several south-facing fields covered in photo-voltaic panels, generating electricity to feed into the grid. A recent edition of the oldest-established farm management pocketbook used by farmers and advisers has data not only for crops and livestock but also for five other forms of electricity generation, from anaerobic digesters to wind turbines. It also lists a wide variety of other activities carried out on farms, from fishing and clay pigeon shooting to horse riding, camping, motor sports and farm shops. Nearly a quarter of farms are letting out farm buildings to other businesses or cottages to tourists, and a DEFRA survey in 2008/9 found that just over half of farms in the UK were operating a ‘non-agricultural’ activity.

Which brings us back to the question: just what is an agricultural activity, and how does it differ from a non-agricultural activity? Is it about food production? In that case, the lettuce factory in Kyoto is a farm. Does it involve extensive land use? If so, producing chicken meat in sheds on just a few acres of concrete isn’t farming, while producing electricity from photo-voltaic panels or wind spread over fifty acres is. I’m fairly sure that most of us would agree about the sheep and their lambs safely grazing, blue numbers or not, being farming; beyond that … it’s worth thinking about.

Dr. Paul Brassley is the co-author of Agriculture: A Very Short Introduction, with Richard Soffe. Dr. Brassley studied agriculture and agricultural economics at the University of Newcastle upon Tyne and agricultural history at Oxford University. He worked on a variety of farms from Scotland to Devon before teaching agricultural economics and policy at the former Seale-Hayne College in Devon for over thirty years. He has researched various aspects of agricultural history from the seventeenth to the twentieth centuries, most recently at the University of Exeter. He is co-editor of War, Agriculture and Food: Rural Europe from the 1930s to the 1950s (Routledge, 2012), along with Y. Segers and L. Van Molle.