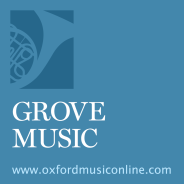 Any American can recognize the opening notes of “Stars and Stripes Forever” and that most essential instrument of the American marching band — the sousaphone. How did this 30 pound beauty come to be? Despite its relative youth, the sousaphone has an extensive (and sometimes controversial) history.

The above are only ten facts from the extensive entries in Grove Music Online. Did we leave out any fun facts about the sousaphone?

Featured image: “Sousafoon”. Photo by FaceMePLS. CC BY 2.0 via Flickr.

Celine Aenlle-Rocha is a Marketing Assistant for academic music books at Oxford University Press. Information for this post was sourced from the "Sousaphone" entry by Carolyn Bryant (with Lloyd P. Farrar) in Grove Music Online.

Who sang it best?: a Chicago mixtape