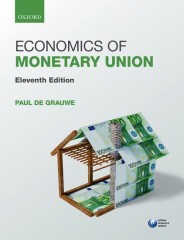 The discussions about Brexit have centered around the question of whether it is in the national interest of the United Kingdom to remain in the EU or to leave it. It appears today that the British public is split about this question, so that the outcome of the referendum remains highly uncertain.

The question of whether it is in the interest of the EU that the UK remains a member of the union has been discussed much less intensely. The conventional wisdom in Brussels is that the answer to that question is positive. The UK should remain a member of the EU. A Brexit would be very harmful for the future of the European Union. But is that so?

There is a deep-seated hostility of the British media and large parts of the political elite against the European Union. This hostility has found its political expression in the Brexit movement. The proponents of Brexit cannot accept that the UK has lost sovereignty in many areas in which the EU has competences. They abhor the fact that Britain has to accept decisions taken in Brussels, even if it has opposed these. For the Brexit-camp there is only one ultimate objective: to return full sovereignty to Westminster.

Those who believe that a referendum will finally settle the issue have it wrong. Let us suppose that the Brexit-camp is defeated and the UK remains in the EU. That will not stop the hostility of those who have lost the referendum. It will not reduce their desire to bring back full sovereignty to the United Kingdom.

Having found out that they cannot leave the EU, the Brexit-camp will shift its strategy to achieve the objective of bringing back power to Westminster. It will be a Trojan horse strategy. This will imply working from within to undermine the union. It will be a strategy aiming at shrinking the area of decision making with majority rule and replacing it with an intergovernmental approach. The purpose of the British enemies of the EU will be a slow deconstruction of the union so as to achieve the objective of returning power to Westminster.

One may argue that having lost the referendum, the Brexit-camp will lose influence. That is far from certain. The agreement achieved by Cameron with the rest of the EU has not transferred a shred of sovereignty back to Westminster. This will be seen by the Brexit-camp as a huge failure, leading them to intensify their deconstruction strategy.

It is not in the interest of the EU to keep a country in the union that will continue to be hostile to “l’acquis communautaire”, and that will follow a strategy to further undermine it.

I therefore conclude that it will be better for the European Union that the Brexit-camp wins the referendum. When Britain is kept out of the EU it will no longer be able to undermine the EU’s construction. The EU will come out stronger.

I am not implying that without the UK the EU will find it easy to maintain cohesion. There are strong forces of disintegration at work in the Union mainly as a result of the Eurozone crisis and the more recent migration crisis. What I am arguing is that when the UK remains in the EU, its policy agenda, which consists of reducing the power of Brussels, will make it more difficult to overcome these challenges.

If Britain decides for Brexit it will be weakened, and will have to knock at the door of the EU to start negotiating a trade agreement. In the process it will have lost its bargaining chips. The EU will be able to impose a trade deal that will not be much different from what the UK has today as a member of the EU. At the same time it will have reduced the power of a country whose interest it is to undermine the cohesion of the union.

Paul De Grauwe is John Paulson Professor in European Political Economy at the London School of Economics. He is the author of Economics of Monetary Union, now in it's 11th edition.