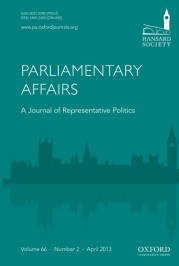 The Freedom of Information (FOI) Act has been in the news again, when the controversial Independent Commission, much to the surprise of many, concluded the Act was ‘generally working well’, had ‘enhanced openness and transparency… there is no evidence that the Act needs to be radically altered’.

How can this be squared with the claims of Tony Blair, who passed the Freedom of Information Act back in 2000, that the law is one of his greatest regrets? Blair spent some time in his memoirs bemoaning how terrible and counter-productive FOI was:

The truth is that the FOI Act isn’t used, for the most part, by ‘the people’. It’s used by journalists. For political leaders, it’s like saying to someone who is hitting you over the head with a stick, ‘Hey, try this instead’, and handing them a mallet. The information is neither sought because the journalist is curious to know, nor given to bestow knowledge on ‘the people’. It’s used as a weapon.

He’s not the only politician who has fallen out of love with transparency. David Cameron began his time in office with a ringing commitment to make his government the most transparent ever and initiate a revolution in openness. In 2012 he was a little less enthusiastic, speaking of how FOI can ‘occasionally fur up the arteries of government’ and by 2015 he was referring to it as just another ‘buggeration factor’ alongside judicial review and Health and Safety laws. The Leader of the House of Commons Chris Grayling also complained that FOI was being abused by journalists (though the Daily Mail pointed out that he was quite a fan of FOI in opposition).

So why do politicians dislike it so much?

In part the unhappiness is due to a politician’s natural dislike of “surprises.” FOI is the antidote to “spin,” amid a growing emphasis on “spin.” FOI can often cause embarrassments and scandal, digging up stories and delving into forgotten corners. Imagine being a politician and think of the effect of seeing stories such as MPs’ expenses, councils’ use of credit cards or an online list of which politicians supported what controversial decisions. You can also glance over this fascinating list of snooping councils, inappropriate use of social media and escaped convicts revealed by FOI. Spare a thought also for the parish of Walberwick where the council resigned on masse over a combination of cover ups and Christmas trees exposed by FOI requests.

Another claim made is that FOI stops everyone writing things down, the so-called chilling effect. Despite endless discussion and Cabinet Secretary Gus O’Donnell’s rather creative warning that officials are ‘working on Brexit plans in their head’ to avoid FOI, we found the chilling effect to be a myth (as did a Parliamentary committee). The quality of official advice or government records is no worse and emails and “sofa government” have led to far more change than FOI. Despite this lack of evidence, it is still being talked about and the danger is it can becomes a self-confirming myth.

A final reason for their unhappiness has to do with how politicians meet FOI: senior politicians and officials only ever see a few requests, often the most sensitive or most potentially damaging, and often from journalists. They get a very narrow, and negative, view of what requests are received and are prone to view FOI as a ‘problem’ and see it as ‘abused’ by the media. Rather than Iraq, Tony Blair was upset with how FOI revealed who had visited him at chequers (and who gave him an iPod). This also plays into claims that FOI is an alleged resource burden as [some] local councils and police forces have claimed.

So, politicians easily go off FOI, through a mixture of unpleasant surprises, (imagined) chills, and bad memories. However, here hangs a paradox. FOI needs support from politicians to flourish and those very politicians most at risk from exposure need to get behind it or at least tolerate it. FOI will still be around in another 10 years but so will the complaints.

Ben Worthy is a Lecturer in Politics at Birkbeck College, University of London. His research interests include government transparency, open data, and political leadership. Together with Robert Hazell, Professor of Government and the Constitution at University College London, he is the author of the recent article “Disruptive, Dynamic and Democratic? Ten Years of FOI in the UK” (free to read online for a limited time) published in Parliamentary Affairs.

The optics of a cabinet reshuffle: PR vs reality