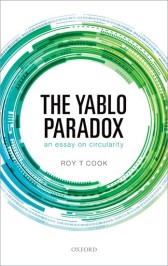 A theory is inconsistent if we can prove a contradiction using basic logic and the principles of that theory. Consistency is a much weaker condition that truth: if a theory T is true, then T consistent, since a true theory only allows us to prove true claims, and contradictions are not true. There are, however, infinitely many different consistent theories that we can construct using, for example, the language of basic arithmetic, and many of these are false. That is, they do not accurately describe the world, but are consistent nonetheless (one way of understanding such theories is that they truly describe some structure similar to, but distinct from, the standard natural number structure).

In 1931 Kurt Gödel published one of the most important and most celebrated results in 20th century mathematics: the incompleteness of arithmetic. Gödel’s work, however, actually contains two distinct incompleteness theorems. The first can be stated a bit loosely as follows:

First Incompleteness Theorem: If T is a consistent, sufficiently strong, recursively axiomatizable theory, then there is a sentence “P” in the language of arithmetic such that neither “P” nor “not: P” is provable in T.

A few terminological points: To say that a theory is recursively axiomatizable means, again loosely put, that there is an algorithm that allows us to decide, of any statement in the language, whether it is an axiom of the theory or not. Explicating what, exactly, is meant by saying a theory is sufficiently strong is a bit trickier, but it suffices for our purposes to note that a theory is sufficiently strong if it is at least as strong as standard theories of arithmetic, and by noting further that this isn’t actually very strong at all: the vast majority of mathematical and scientific theories studied in standard undergraduate courses are sufficiently strong in this sense. Thus, we can understand Gödel’s first incompleteness theorem as placing a limitation on how ‘good’ a scientific or mathematical theory T in a language L can be: if T is consistent, and if T is sufficiently strong, then there is a sentence S in language L such that T does not prove that S is true, but it also doesn’t prove that S is false.

The first incompleteness theorem has received a lot of attention in the philosophical and mathematical literature, appearing in arguments purporting to show that human minds are not equivalent to computers, or that mathematical truth is somehow ineffable, and the theorem has even been claimed as evidence that God exists. But here I want to draw attention to a less well-known, and very weird, consequence of Gödel’s other result, the second incompleteness theorem.

First, a final bit of terminology. Given any theory T, we will represent the claim that T is consistent as “Con(T)”. It is worth emphasizing that, if T is a theory expressed in language L, and T is sufficiently strong in the sense discussed above, then “Con(T)” is a sentence in the language L (for the cognoscenti: “Con(T)” is a very complex statement of arithmetic that is equivalent to the claim that T is consistent)! Now, Gödel’s second incompleteness theorem, loosely put, is as follows:

Second Incompleteness Theorem: If T is a consistent, sufficiently strong, recursively axiomatizable theory, then T does not prove “Con(T)”.

For our purposes, it will be easier to use an equivalent, but somewhat differently formulated, version of the theorem:

Second Incompleteness Theorem: If T is a consistent, sufficiently strong, recursively axiomatizable theory, then the theory:

In other words, if T is a consistent, sufficiently strong theory, then the theory that says everything that T says, but also includes the (false) claim that T is inconsistent is nevertheless consistent (although obviously not true!) It is important to note in what follows that the second incompleteness theorem does not guarantee that a consistent theory T does not prove “not: Con(T)”. In fact, as we shall see, some consistent (but false) theories allow us to prove that they are not consistent even though they are!

We are now (finally!) in a position to state the main result of this post:

Theorem: There exists a consistent theory T such that:

is a consistent theory. Hence “Con(T2)” is true. Now, consider the following theories:

Since, as we have already seen, T2 is consistent, it follows, again, by the second incompleteness theorem, that the first theory:

This, in turn, suggests the following: in some situations, when faced with a theory T where we believe T to be consistent, but where we are unsure as to whether T is true, it might be safer to add “not: Con(T)” to T than it is to add “Con(T)” to T. Given that the majority of our scientific theories are likely to be consistent, but many will turn out to be false as they are overturned by newer, better, theories, this then suggests that sometimes we might be better off believing that our scientific theories are inconsistent than believing that they are consistent (if we take a stand on their consistency at all). But how can this be right?