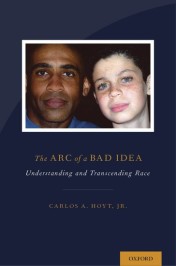 The Arc of a Bad Idea: Understanding and Transcending Race

Acknowledging that they are certainly not the first to do so, four scientists, Michael Yudell, Dorothy Roberts, Rob Desalle, and Sarah Tishkoff recently called for the phasing out of the use of the concept/term “race” in biological science.

Because race is an irredeemably nebulous, confused, and confusing social construct, the authors advocate for replacing it with “ancestry.” “Ancestry,” they say, is a “process-based” concept that encourages one to seek information about genomic heritage, while race is a “patternbased” concept that induces one to organize individuals into preconceived hierarchical groupings based on shifting, murky, and contradictory combinations of appearance, geography, ability, worth, and the like.

If biological science seeks and relies on valid and maximally precise population level comparisons between groups, and race is an irrefutably imprecise proxy for consistent and concordant biological/genetic comparison, then of course we should stop using it in biology and switch over to “ancestry,” “genetic heritage,” or some other term that actually gets at what’s real, reliable, and useful. It doesn’t feel like a rocket-science proposition. And yet biological science hasn’t been able to heed the call and make the shift. And I sadly forecast that the shift won’t soon – or ever – be made – unless and until we take the step that even the well-meaning authors of this call for stop short of taking.

Yudell, Roberts, DeSalle, and Tishkoff state the following in their penultimate paragraph:

Phasing out racial terminology in biological sciences would send an important message to scientists and the public alike. Historical racial categories that are treated as natural and infused with notions of superiority and inferiority have no place in biology. We acknowledge that using race as a political or social category to study racism and its biological effects, although fraught with challenges, remains necessary. Such research is important to understanding how structural inequities and discrimination produce health disparities in socioculturally defined groups.

This proviso amounts to a recapitulation of a different but equally harmful form of the very problem that the brave authors are trying to solve. It is as if while making vigorous efforts to steer away from the Scylla of specious race science, they are unaware that they have been sucked headlong into the Charybdis of spurious race psychology. After all, biologist who might want to preserve the use of race as a proxy for population difference would likely echo what Yudell et al provide as their reason for maintaining race in the realm of social science, that is that despite its problematic nature, race is important to understanding how conventional social identity constructs manifest in terms of unequal effects, including biological ones (the “race is problematic but as yet indispensible” resignation).

In Richard Dawkins’ 1978 book, The Selfish Gene, he introduced the concept of a “meme,” the cultural equivalent of a gene. Memes are simply ideas that rise or fall, flourish or perish, depending on their ability to fit into (adapt to) the zeitgeist into which they are introduced. Race is one of the most virally fecund memes to ever have emerged in the cultural “meme pool” of human ideas – not merely fitting in, but actually reshaping its environment to support its propagation. Its rootedness in the human imagination has achieved the status of a natural and permanent aspect of the human condition. So much so, that most people, including the authors cannot see the way beyond it.

The way to safely and effectively move beyond both the Scylla of biological race and the Charybdis of psychosociological race is to apply the ameliorative force of alternative language to both sides of the racial straits. In the same way that the authors advocate that we must disabuse ourselves of the false notion that there is biological race, we must also and at the same time disabuse ourselves of the attachment to psychosocial race. In the realm of biology it must become crystal clear that there is no race, only genetic heritage. In the psychosocial realm it must become equally clear that there is no race, only racialization.

Racialization (as explained in a previous post and in The Arc of a Bad Idea: Understanding and Transcending Race) is the process and pattern by which we fabricate social identity groups based on superficial markers (phenotypic characteristics such as skin color, facial features, and hair type); sort people into categories based on those skin-deep differences; impute all manner of fictitious qualities (positive and negative) to the constructed categories; treat the false differences as not only real, but essential, hereditary, and immutable; and, finally, act as if the supposed differences between races justify unequal treatment.

Using the distinctions employed by Yudell at al, we must see that just as “ancestry,” and “genetic heritage” are process-based concepts that lead us to explore and examine real and valid relationships between individuals based on genetic similarities and differences, so “racialization” is a process-based concept that elucidates how the pattern-based concept of race is generated and imposed as a valid psychosocial differentiator on individuals who, but for the effects of actions based on racialization, would not be living qualitatively unequal lives.

Of course the authors are right and responsible to assert that the study of racism and its biological effects (as well as its pernicious non-biological effects, I presume) is crucial if we are to address structural and systemic inequities and injustice that play out between socioculturally defined racial groups. We will not, however, be able to undo the pattern of re-invoking, reproducing, reaffirming, re-activating, and re-entrenching the harmful false notion of socioculturally defined racial groups until we shift from participating in and perpetuating racialization to debauching, disrupting and disavowing it. People are not members of races. There are no races. People have been and continue to be racialized with advantageous results for some and disadvantageous results for far too many. The health, economic, educational, justice, and other inequities that result from racialization must and can only be fully, accurately and effectively researched, monitored, and addressed by shifting from the re-incarcerating language of race to the elucidating language of racialization.

Biologists, along with all of us who seek to think more carefully, clearly, and effectively about genetic diversity and social plurality, must be thoroughgoing in the advocacy of making the challenging but necessary move from the racial worldview in which the concept of race dictates false convictions and misguided action, to the nonracial worldview in which we see race as the product of the practice of racialization and act strenuously and relentlessly to put an end to that practice. We must stop thinking of and speaking of individuals with variable genetic heritages, who are certainly usefully classifiable into many many kinds of populations based on the solid basis of genetics, as members of races. Continuing to indulge or succumb to racialization in the realm of social science and social justice only abets the same harmful thinking and associated practices in all other areas of intellectual and civil spheres.

Carlos Hoyt explores race, racial identity and related issues as a scholar, teacher, psychotherapist, parent, and racialized member of our society, interrogating master narratives and the dominant discourse on race with the goal of illuminating and virtuously disrupting the racial worldview. Carlos holds teaching positions at Wheelock College, Simmons College, and Boston University in Boston Massachusetts, and has authored peer-reviewed articles on spirituality in social work practice and the pedagogy of the definition of racism. He is the author of The Arc of a Bad Idea: Understanding and Transcending Race, published by Oxford University Press.