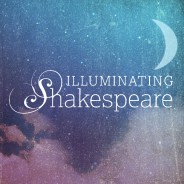 Illuminating Shakespeare brings together the very best Shakespeare resources old and new from across Oxford University Press. Explore a new theme every month, with free content for every level from school to scholarly research.

Would you like to pay a halfpenny for a small beer, 1 shilling for a liter of wine, or less than 2 pounds for a horse? If you lived in 17th century England you could buy all of these and even afford Shakespeare’s First Folio, which was only £1 when it was published. Unfortunately, you would also probably earn a meager wage, possibly £2-£8 annually if you were lucky and labored as a yeoman. Actors, however, were fortunate enough to earn 6 shillings a week, which amounted to a yearly income of approximately £14. Here are 10 interesting facts about money in the world of Shakespeare and Elizabethan England.

How the prime minister can suspend Parliament