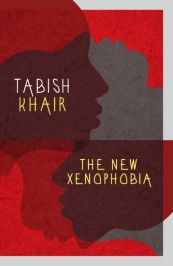 On 28 November 2015, I had a reading and panel discussion at Médiathèque André Malraux, a library and media centre in Strasbourg, the main city of the Alsace region of France, adjoining Germany, traditionally one of the Christmas capitals of the continent, and currently the site of the European Parliament. As I was told that my hotel was just a 20 minute walk from Médiathèque André Malraux – refreshed and armed with a map – I declined the transport offered and decided to walk to the venue. It had been raining earlier, but now cotton-wool wisps of cloud floated in a washed blue sky. The sun was out again. As I strolled, I couldn’t help noticing that there were fewer pedestrians and cyclists than I recalled from earlier visits to other French towns. This surprised me, because towns in France – or Spain or Italy – have a more vibrant culture of going out than in the North, where I have lived for close to two decades now.

After my event, my French publisher and the two hosts took me out to dinner in a Tunisian restaurant. As we walked to the restaurant, the earlier feeling came back to me – there were too few people on the streets. It looked more like a town in northern Europe than in southern Europe. Was it because Strasbourg is on the northern side of France? I put the question to my hosts, even though I suspected I knew the answer. No, my hosts replied, confirming my suspicion, it is because of the ISIS-attacks in Paris. People are not eating out or going out in the evenings as often as they were, I was told. Some are afraid; many are merely sad.

We walked on to the Tunisian restaurant, where my hosts were known and the Tunisian waiters kept coming to our table to say hello. Half the tables of the small restaurant were occupied. When we left two hours later, I saw a long table on one side of the restaurant that seemed to contain at least three generations – maybe four – of a French family. There was a bearded grandfather, who bore a striking resemblance to a white-haired Karl Marx, at one end, teenagers at another end, and family members of various ages in between. They were engrossed in conversation, as were my hosts and publishers, now taking their time bidding goodbye to the owner/cook and two waiters.

When I was younger, I read Amartya Sen’s The Argumentative Indian with a large degree of agreement. I still believe in the need for the articulation and acceptance of difference that the book championed. And yet, with the years, I have come to wonder if the only paradigm available to us is that of the argument, with its possibility of a negotiated settlement that is, at best, a tactical compromise on all sides. How about another paradigm? How about the paradigm of the conversation?

The argument, and any negotiated agreement that it may lead to, is based on a resistance to the other. The conversation, on the other hand, suggests openness to the other. In a conversation, you need not agree, but you have agreed not to argue in such a way that the conversation breaks. You have agreed to step into the other person’s shoes, and the other person has agreed to step into yours. A degree of civility is presumed in the conversation. The agreement you reach at the end of a conversation is neither tactical, nor begrudging. It enfolds all the parties equally: the conversation goes on. As the great 19th century Delhi poet, Ghalib put it in a lighter, amorous context, “Har ek baat par kahte ho tum ki tu kya hai / Tumhi kaho yeh andaaz-e-guftagu kya hai.” [On every issue you say, ‘You’re nothing in my estimation,’ / Tell me truly, is this a style of conversation?] What he suggests is that even in a domestic or amorous setting, the dismissive argument – ‘tu kya hai’ – impedes any true conversation.

What the ISIS terrorists did in Paris – what Islamic fundamentalists do every day when they insist on their particular interpretation of Islam – is deny the possibility of conversation. Many Hindutva supporters do something similar, as do some extreme leftists. Perhaps the very nature of the Internet impedes the art of conversation too. A conversation assumes a setting, the civility of sitting down and listening, waiting for your turn to speak, or considering the other person’s position and not dismissing it outright (tu kya hai), maintaining a civil space of free enunciation, no matter what the differences. The Internet with its isolated networking makes it easier to argue than to converse because the civil space demanded for conversation is not fully available when you face only a computer screen. I think we are losing the art of conversation, an art that was never too fully developed in some societies in any case. Apolitical as this may sound, one of the solutions to many of our political problems is exactly this – we need to cultivate the art of conversation, domestically, locally, regionally, nationally, and globally.

I increasingly see conversation as the backbone of civilisation. I use civilisation in a large sense: many hunting-gathering tribes, for instance, had elaborate rituals of conversation. The ‘pow-wow’ of Indian American tribes is the one that has seeped – in caricatured form – into popular global culture, but there were similar traditions among the Santhals in India, the Maoris in New Zealand, the Australian aborigines, and many other peoples. These traditions were spatially and temporally limited: they usually frayed when faced with rapid change across time or a totally different cultural context.

But there are more culturally complex examples too. It is customary – and not incorrect – to consider a degree of bullying and xenophobia to be at the core of all modern nations. And yet, one can argue that the extent to which a nation succeeds depends on its ability to cultivate and sustain a national conversation – across tribal, ethnic, linguistic and other divides. This, inevitably, cannot be done on the basis on the bullying of one or more dominant segment of the nation. What one needs is not an argument about beef, pork, chicken, and cabbage, but a conversation – in which everyone can speak freely and with consideration. The conversation is always a public unitary act which works only when personal differences are fully accepted. I would argue that many European nations have managed to do this better than almost all Third World countries, and even frayed rich nations like the United States. Europe has managed something else at a larger level. At its best, despite the xenophobes, Europe has created space for a larger European conversation. European Christian sects do not fight each other despite major doctrinal differences – a process that is the result of a tentative conversation first attempted, after centuries of conflict, in the 17th century. Similarly, European nations – after the Second World War – have managed not only to avoid fighting one another but also to avoid arguing in ways that lead to the end of the conversation.

Later that night, as I left my hotel room for a stroll around the centre of Strasbourg, I thought of this. Some cafes were still open. I could see couples or groups, sitting over their glasses and plates, talking. I thought of other places in the world where this is not possible – or at least subject to greater pressures. I was sure there would not be similar groups in Syria or Iraq. I doubt that a real conversation could take place even in places like Saudi Arabia and Iran, for only some things can be said there. I even thought of places in India or Bangladesh where some conversations could be easily frayed and dissolve into shouting. I thought of the Internet, with its legions of abusive trolls.

I was grateful to this space of Strasbourg where conversation was still possible. Conversation depends on civility, not capital or power, and it is from civility that any civilisation grows. The personal act of conversation – a free, courteous exchange – is the most politically enabling action you can perform or demand.

This is something that fundamentalists of all ilk cannot see. They are deafened by their anger, hatred, conviction, ideology, book. They can only shout, not even really talk, because they are afraid to listen. They cannot converse, and they do not want us to converse. Light a candle against this trend now. Shut your laptop, go to a café or dhabba with friends, address a friendly stranger, listen, talk, listen. Learn to have a family dinner – as the French very often do even today – without the TV on. Don’t let arguments end your conversations: say, with Ghalib, in that case, ‘Tumhi kaho yeh andaaz-e-guftagu kya hai?’

We will be saved not by our arguments but by our conversations.

Tabish Khair is a critically acclaimed author and poet. His other studies are recognized as significant contributions in areas as diverse as Indian English literature, travel writing, postcolonialism, and gothic fiction. He has won the All India Poetry Prize and his novels have been shortlisted for various major awards and translated into several languages. The Thing about Thugs was shortlisted for the Man Asian Literary Prize (2010) and the DSC Prize for South Asian Literature (2012). At present, he teaches English at Aarhus University, Denmark. His latest study, The New Xenophobia, will be published by OUP in January 2015.