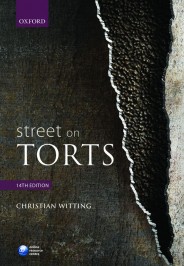 The tort of intentional infliction of harm would seem to encapsulate a basic moral principle – that if you injure someone intentionally and without just cause or excuse, then you should be liable for the commission of a tort – in addition to any crime that you commit. Occasionally, judges have held that there is such a principle, which is of general application, eg, Bowen LJ in Mogul Steamship v McGregor Gow & Co (1889). While this principle is now uncontroversial in cases of the intended infliction of physical harm (see Bird v Holbrook (1828)), the position has been unclear in so far as it concerns the causation of psychiatric harm. The most important case on intended infliction of psychiatric harm (IIPH) was Wilkinson v Downton (1897). But that case has long been doubted because the defendant had been playing a practical joke upon the claimant, telling her that her husband had been involved in an accident and was lying ‘smashed up’ at Leytonstone. Wright J could find no actual intention to harm, but held that an imputed intention to harm was sufficient to create liability.

In the UK, the development of the IIPH tort came to something of a juddering halt after the passage of the Protection from Harassment Act 1997, given that harassment was an important context in which the tort had operated. Following the decision of the House of Lords in Wainwright v Home Office (2004) IIPH seemed to be all but extinguished. One reason for this was that Lord Hoffmann was unconvinced of the need for such a tort (following reservations expressed in Hunter v Canary Wharf Ltd (1997)). Another was that his Lordship was wary about any principle of liability that did not feature a very precise definition of intention.

The significance of the recent case of Rhodes v OPO (2015) is that it appears simultaneously to revive the IIPH tort and to provide a fairly precise definition of intention. However, it was an unusual case in which to raise the issue because it involved a claim for an injunction to prevent the publication of a book by a well-known modern pianist. The pianist wanted to tell of the acts of sexual abuse committed against him when he was a child and the book contains graphic descriptions of what happened. The composer’s ex-wife was concerned that their young son would eventually read the book and, because of various illnesses that made him psychologically vulnerable, would be likely to suffer mental distress (or worse) as a result. An important point made in OPO is that intention is not to be equated with mere recklessness. Thus, Lady Hale and Lord Toulson held that the IIPH tort would be committed where there was an actual intention to cause severe distress, which in fact results in a recognised psychiatric illness.

The OPO decision is both welcome and a disappointment. It is welcomed because it acknowledges the importance of attaching legal consequences to the intentional infliction of harm – which, as already noted, reflects a basic moral principle. OPO also formally brings the causation of both physical harm and psychiatric illness within the same principle. But the decision is disappointing because it provides a restricted definition of intention – which is likely to be satisfied in few cases beyond those with a criminal element to them. One reason for the narrow definition was that OPO arose from an allegation that the tort would be committed following the publication of a book. The case gave rise to freedom of speech concerns, which undoubtedly influenced the court’s formulation of an appropriate principle of liability. Lord Neuberger said that it would “be vital that the tort does not interfere with the give and take of ordinary human discourse (including unpleasant, heated arguments…).” We might even say that it was a ‘hard case making bad law.’

A tight definition of intention which excludes recklessness might be necessary to keep the intentional infliction of harm tort within reasonable bounds – insofar as claims for psychiatric illness are concerned. But is it satisfactory to exclude the tort in cases of recklessness causing physical injury? Claimants who can prove recklessness, of course, will have an action in negligence. But such an action will be restricted because any consequential damage will need to be foreseeable – whereas no such restriction applies in intentional tort. A related difficulty is that the Supreme Court obviously wants proof of subjective intention to harm. But a court will rarely have direct evidence of what was running through a defendant’s mind when he or she acted – unless this has been recorded on Facebook or Twitter beforehand, as it occasionally is! – and will often have to turn to an objective assessment of the facts in order to decide whether that subjective intention was present or not. But when that is so, the difference between ‘subjective intention’ and recklessness becomes very harder to discern.

The problem with ring-fencing liability is, then, that courts will insist upon a clear finding of intention so as not to be accused of deciding on the basis of recklessness alone. Again, such a policy might (just) be defensible in cases of psychiatric illness, but there seems little justification for such an approach in cases of physical injury.

To give just one example of where this approach might prove a bit limiting: What of the schoolyard bully who mercilessly taunts another student about some matter, such as his or her sexuality, so that the latter then commits suicide? Although the case would likely fall within the Protection from Harassment Act 1997, I am not sure that it would fall within the OPO principle – because one simply cannot assume any intention to kill.

Christian Witting is a Professor of Private Law at Queen Mary, University of London. He is the author of Street on Torts.