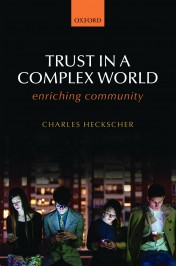 It has begun again: the age-old cycle of hate and counter-hate, self-justification and counter-justification, the grim celebrations of righteousness and revenge. In the US, conservative politicians play on it as demagogues always have, projecting strength and patriotism by refusing to take refugees from the lands terrorized by ISIS; my own governor, Chris Christie, tries to outdo his competition by arguing that even five-year-old orphans from Syria should be stopped and sent back, as if they are tainted by being from the same part of the world as the murderers. In France, anti-Muslim sentiment is said to be rising. Everywhere people want to shut down, to cling to people like themselves whom they can trust, to build walls against people unlike themselves.

We know some things about these cycles. We know with the scientific confidence of good evidence and good theory, that they breed ever-deepening spirals of violence and hatred. ISIS draws its strength from the suspicion and mistrust of Muslims in the West, like a malignant antihero drawing energy from its enemy. It will only grow as our hostility spreads to millions of innocent people tarred with the broad brush of prejudice.

But ISIS is no hero to Muslims. The overwhelming majority among them, by all indications, abhor the attacks in Paris and the brutality of the movement. That is why millions are fleeing to our shores. ISIS can be defeated with ease, but only –only –if Muslims as a whole feel the West is a friend, feel we support their efforts to build better lives for their families.

Amid the heartbreak and terror, amid the recriminations and bombast, there is some reason for hope.

Amid the heartbreak and terror, amid the recriminations and bombast, there is some reason for hope.

There has been a substantial outpouring of support for Muslims in Paris, on social media, and in the streets – expressions of empathy, concern that they not be demonized. Messages of support have gone viral in social media. A New Yorker named Alex Malloy wrote on Facebook of getting a Muslim cab driver the day after the attacks who wept, from despair and fear that he would be labeled as one of “them.” Malloy’s response drew wide support:

“Please stop saying ‘Muslims’ are the problem because they are not and they are feeling more victimized and scared to the day. These are our brothers and sisters as humankind, we are all humans underneath this skin. And they deserve nothing more than our respect and attention. They need our protection. Please stop viewing these beautiful human beings as enemies because they are not.”

And a young Parisian (My nephew, Benjamin Heckscher, also on Facebook) wrote, “This is not really about ISIS … This is about ignorance, insecurity, emotion. It’s about not understanding who other people are, what they want or how they feel.”

This reaction of empathy and understanding is extraordinary. In the past, only small pockets of cosmopolitan elites have been willing to reach out in this way to the ‘other’, beyond the tribe. But now the desire for understanding of others has spread widely, especially of the young who have grown up with the rich exchanges of the internet. It has, for perhaps the first time in history, extended far enough to become a credible counterweight to the ancient, and still strong, tendency to close ranks against an enemy.

We will not make friends with ISIS itself, and it would be folly to try; there is a need for fighting. But we do need to seek friendship with the vast Muslim population who hate ISIS but also feel themselves as aliens in the West. For that, we need to avoid succumbing to the sweet temptations of tribal loyalty, the marching bands and self-congratulatory speeches. As great leaders like Abraham Lincoln well knew, fighting may be necessary but there can be no joy in it: we should empathize with our enemy even as we enter combat, so that when the opportunity for peace comes we know how to seize and build on it.

Meanwhile, we must from the instinct of self-preservation, as well as from the generosity of our best selves, reach out to Muslims wherever we can, welcome them, celebrate their desire for peace and good lives. Together we can clear the poisonous swamps where hatred breeds. We don’t want to get dragged into them ourselves.

Charles Heckscher is Professor at Rutgers University and co-Director of the Center for the Study of Collaboration in Work and Society. His research has focused on organization change and the changing nature of employee representation. He has also worked in many industries as a practitioner and consultant on processes of organizational development. Before coming to Rutgers he worked for the Communications Workers' Union and taught Human Resources Management at the Harvard Business School. He is the author of several books including Trust in a Complex World: Enriching Community (OUP 2015).

Is social media a platform for supporting or attacking refugees?