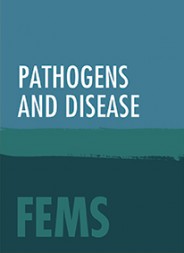 Pathogens and Disease Publishes outstanding primary research on hypothesis- and discovery-driven studies on pathogens, host-pathogen interactions, host response to infection and their molecular and cellular correlates.

A century ago, pertussis—or whooping cough as it is also known—was one of those infectious diseases that most children went down with at some stage. There was a lot of suffering from the severe and prolonged bouts of coughing, and many deaths occurred, especially in very young children. But the number of cases was dramatically reduced after the introduction of the whole cell pertussis vaccine (as part of the DTP vaccine) in the 1940s, and by the 1970s there were very few cases seen in the developed world. However, adverse publicity over the high rate of side effects caused by the whole cell pertussis vaccine, some of them severe, led to development of less reactogenic acellular pertussis vaccines.

The acellular vaccine has replaced the whole cell vaccine in most of the developed world, but the number of pertussis cases has risen substantially in several countries over this time period. In 2012, there were several serious outbreaks in the United States, and the country as a whole had the highest number of pertussis cases since 1955, just a few years after introduction of the whole cell vaccine. Pertussis, in fact, is probably the only vaccine-preventable disease that is currently on the rise.

Pertussis is caused by acute respiratory infection with the bacterial pathogen called Bordetella pertussis. This bacterial pathogen is closely related to B. parapertussis, which can also cause pertussis-like disease in humans, and to B. bronchiseptica, the cause of kennel cough in dogs and respiratory disease in several other animals. When an infected person coughs or sneezes, the bacteria are spread in aerosol droplets and can infect another person when they inhale those aerosols. The bacteria then establish infection in the upper and lower respiratory tract and produce several toxins that are major players in the disease pathogenesis. One of these toxins is called the pertussis toxin, which causes the extreme leukocytosis that is characteristic of pertussis and likely contributes to fatal disease in young infants.

But with widespread vaccination against the disease, why has pertussis re-emerged? We hear about parents who refuse vaccines for their children, either because of religious beliefs or concerns about vaccine safety. Indeed, the anti-vaccine movement that has come about in recent decades probably started with the adverse publicity surrounding the whole cell pertussis vaccine in the 1970s and 1980s. However, the rate of vaccination in the United States and other developed countries is still very high, and the relatively small number of vaccine refusers cannot account for the re-emergence.

But with widespread vaccination against the disease, why has pertussis re-emerged? The most likely culprit is the acellular vaccine.

The most likely culprit is the acellular vaccine. Several studies, both in humans and animal models, have shown that this vaccine induces an inferior type of immune response that is relatively short-lived, with vaccinated individuals becoming susceptible to infection within a small number of years. Another likely contributing factor to the re-emergence of pertussis is the evolution of B. pertussis strains that can evade the immunity elicited by the acellular vaccine.

As a dramatic example, most currently circulating strains have completely lost expression of pertactin, a protein on the surface of the bacteria and one of the very few components in the acellular vaccine. Therefore, the immune response to pertactin elicited by the acellular vaccine is now virtually useless in protecting against pertussis.

So what can we do about this situation? New vaccination strategies, such as immunization of pregnant women to protect their newborns against pertussis, will be helpful, but still rely on the acellular vaccine. Going back to the whole cell vaccine might be effective in reducing the incidence of pertussis, but would probably be unacceptable to the general public because of the side effects. Most of us in the pertussis field believe that development of a new vaccine is warranted.

At a minimum, the currently used alum adjuvant could be replaced with an alternative adjuvant that elicits a superior type of immune response, but very few such adjuvants have been approved for human use. A less reactogenic whole cell vaccine would probably be very effective, but the cause of the reactogenicity is not completely understood. Development of a new acellular vaccine formulation with different antigenic components would also likely be effective, but which components to include is not clear. Another candidate vaccine is a live attenuated strain (deficient in pertussis toxin activity and another couple of components) that has already been tested in phase 1 clinical trials with good safety and some immunogenicity. But other hurdles exist in development of a new vaccine: will vaccine manufacturing companies be willing to take on the expense of new vaccine development, and can we find a suitable population with sufficient pertussis disease and infrastructure to carry out clinical trials?

In my view, the biggest problem is our relative lack of understanding of the basics of pertussis infection, immunity, and disease. This can only be remedied by continued and increased basic research in this field, and we must try to recruit talented young investigators to pursue this research. Another problem arising from our poor understanding of pertussis pathogenesis is the complete lack of effective treatments for pertussis.

Individuals suffering from the severe and prolonged cough may seek medical advice, only to be told that there is nothing available to help them. In addition, fatalities from pertussis in young infants continue to occur despite hospitalization and intensive care. It is clear that continued basic research on this pathogen, and the disease it causes, is essential for the development of new and improved vaccines and therapies.

Nicholas Carbonetti is Associate Professor of Microbiology & Immunology at the University of Maryland School of Medicine in Baltimore, MD and has been performing basic pertussis research for over 25 years. In 2010, he was lead organizer and host of the 9th International Bordetella Symposium in Baltimore. He is the author of 'Pertussis: current problems, challenges and investigations of a re-emerging disease' and guest editor of a thematic issue on pertussis from Pathogens and Disease.