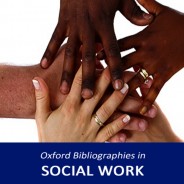 Health care reform in the United States has promoted policies and practices that are evidence-based. Prevention, diagnoses, and treatment decisions are to be guided by the best available empirical evidence. Decisions about what treatments are to be provided are to be informed by findings of randomized, controlled, research studies when such evidence is available. When more than one treatment option is available, choices are to be based on comparative effectiveness research, which examines the relative costs and benefits of these options. This view of evidence-based policy and practice (EBP) now influences decisions of funders, insurance plans, policy-makers, and individual practitioners. The evidence-based framework now dominates decision-making in the major health and mental health professions in the United States as well as in many other countries. The evidence-based framework is influential not only in health care but also in education, criminal and juvenile justice, international development, and many other discipline and professional practice areas. Yet, this framework has not yet permeated social work professional practice. Should it?

In “Evidence-based Social Work Practice: Issues, Controversies, and Debates,” I have reviewed both arguments for and arguments against using the evidence-based framework in social work. In this blog I focus on one issue which I think is basic, and depending on one’s point-of-view, the relevance of EBP to social work stands or falls. I would phrase the question: “Is social work practice fundamentally an art form in which change is achieved through establishment of a personal relationship between a practitioner and a client relying on interpretation of the meaning-carrying expressions of others or; is social work practice better viewed as a scientific discipline in which change is achieved through specific intervention methods and technologies subject to verifiability through empirical research?”

From the earliest days of the field, social work scholars have viewed the core social work method (i.e., social casework) as an art based on relationship. After examining definitions proposed by a wide range of scholars through the mid-20th century, Swithun Bowers described social casework as: “an art in which knowledge of the science of human relations and skill in relationship are used to mobilize capacities in the individual and resources in the community appropriate for better adjustment between the client and all or any part of his total environment.” And, building upon the views of eminent social work scholars such as Mary Richmond and Gordon Hamilton—a most influential social work educator of the mid-twentieth century—Florence Hollis, wrote: “Casework is in essence an experience between two people—a totality that rests upon the feelings of both and upon delicate nuances of interaction that can only be described as art rather than science.—The art comes largely by intuition—intuition called forth by concern.”

Indeed, in many European countries social work education is located within the humanities and it is viewed as a hermeneutic discipline. One of the most prominent European social work scholars, Walter Lorenz, expresses this view forcefully when he observes:

Wiping out the historical frame within which a form of social work takes place capable of engaging with issues of identity and culture would mean wiping out the possibility of understanding clients as persons in a hermeneutic sense. It would make social work clinical and functional as a means of turning people into objects through the helping process and losing essential parts of their personhood. This is why the current language of management and efficiency, the preoccupation with rules and procedures, the advance of a positivist evidence-based practice model and the focus on risk reduction are all threats to the central mandate of social work which is not to repair situations of need and deficit but to accompany and assist people in coping with their lives appropriately and competently. (p. 610)

As Streiner and I observed, citing Stephen Webb (p. 57):

EBP is criticized as being a positivistic and mechanistic application of technical rationality, serving new managerialist strategies seeking to advance a performance culture that strips practitioners of their professional judgment and discretion… In contrast to EBP “real” practice decision making in this view is seen as “—indeterminate, reflexive, locally optimal at best and based on a limited rationality,” and that “—cognitive heuristic devices are the determinants of decision making and not evidence,” such that “real practice” decision making relies more on common sense than scientific, rational processes…”

In spite of these criticisms, I have been a strong advocate for infusing the EBP framework into social work. This is because I view social work practice, like other health and mental health professions, as accountable to society and to its clients for outcomes that can stand the test of “effectiveness,” as determined by high quality outcomes studies meeting scientific criteria of quality, strength, and relevance. In the early days of the social work profession it may have been true that scientifically-validated intervention methods were not yet available to the profession and, consequently, decisions about how best to help clients necessarily relied on common sense reasoning, authoritative opinion, and tradition. In such circumstances providing a personalized, friendly relationship to those in need was a reasonable and more than likely helpful thing to do. However, thanks to advances in the social and behavioral sciences and intervention research, considerable evidence is now available pointing the way to intervention methods, technologies, and techniques that have specific beneficial effects.

These interventions do not negate the importance of the artful use of relationship and interpretation as common, powerful components of any effective social work intervention but, rather, they build upon these components. To be an accountable and ethical profession, social work needs to make use of these interventions for the benefit of its clients and to join the other helping professions in adopting the evidence-based practice framework.

Taking pride in standing up for the transgender community