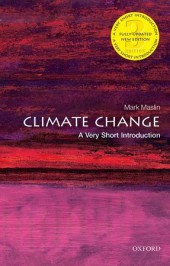 As representatives from 146 countries gather in Paris for the 2015 UN Climate Change Conference, we’ve turned to our Very Short Introduction series for insight into the process, politics, and topics of discussion of the conference. The following extract is taken from Climate Change: A Very Short Introduction, by Mark Maslin, and considers the challenges of the UNFCCC process itself.

Is the UNFCCC process flawed?

The first major flaw in the UNFCCC procedure is that it has failed to deliver any lasting agreement and it has been criticized for not going far enough with the suggested targets. This is based on the scientific view that a global cut of up to 60 per cent on a 1990 baseline is required to prevent major climatic change by 2050. If room is to be left for development, it would mean that the developed world would have to cut emissions by at least 80 per cent.

The fundamental problem with international agreements and treaties is there there are no real means of enforcement. This was one of the arguments that the USA used when proposing the Copenhagen Accord, suggesting that even binding targets must in effect be voluntary as countries decide whether or not to comply. This is why policies and laws are required at a regional level, such as the EU, and at a national level, such as the UK’s Climate Change Act. The only way to translate international treaties is through regional and national laws. This multi-level governance is also required to stop gaming of particular systems.

Many social and political scientists have raised philosophical and ethical doubts about climate negotiations as a whole. The main concern is that they reflect a version of colonialism, since rich developed countries are seen to be dictating to poorer countries how and when they should develop. Countries such as India and China have resisted calls to cut their emissions, stating that it would damage their development and attempts to alleviate poverty. Others have supported measures such the CDM as they provide a development dividend moving money from the rich to the poorer countries. Again, however, since 80 per cent of the project credits are allocated to China, Brazil, India, and Korea, which are among the richest developing countries, funding is still not necessarily reaching the world’s poorest. Also, 60 per cent of carbon credits have been purchased by the UK and the Netherlands, resulting in a very skewed financial exchange. The moral high ground of supposedly anti-green colonialism was employed by the EU and international NGOs during the Kyoto Protocol process to block the suggestion of global carbon trading. They felt that those who had polluted the most should be the first to cut back.

However, national NGOs such as Greenpeace Brazil, some developing countries, and the USA argued strongly that global carbon trading was the only way forward to ensure everyone signed up to the Kyoto Protocol. In many ways the then US president, Bill Clinton, knew the only way to get emissions reduction policies through Congress was to include a trading mechanism. As we know, the moral high ground won and only CDMs were included. It led to the USA’s withdrawal from the Kyoto Protocol. What is interesting is that the EU then realized it could not cut its own emissions the traditional way and thus set up the European Emissions Trading Scheme (ETS) for all facilities above 20 megawatts in electricity, ferrous metals, cement, refineries, pulp and paper, and glass industries, which together represent over 40 per cent of the EU total emissions.

The UNFCCC approach has another problem, which is embedded in the concept of the nation-state and is a major issue in a global capitalist world with supposedly free trade. For example, if the USA through the Copenhagen Accord wants to reduce carbon emissions from heavy industry, it could impose a carbon tax on steel and concrete production. However, if other countries in the world do not have this restriction, their products become cheaper, even including the cost of transportation by ship, air, or road to the USA, all of which would lead to the emission of more carbon dioxide overall. So global economics can undermine any national attempts to do the right thing and reduce their emissions.

An alternative approach would be for global agreements to be made at a sector level. For example, there could be a global agreement on how much carbon can be emitted per ton of steel or concrete produced. All countries could then agree only to buy steel or concrete produced in this low emission way, which would make for a fairer trading scheme, with countries not losing out as a result of changes within their industries to lower GHG emissions. The  problems are, of course, how to police such a scheme across so many different industrial sectors.

Mark Maslin is Professor of Climatology at University College London. He is currently a Royal Society Industrial Fellow. He was the former Director of the UCL Environment Institute and Head of the Department of Geography. He is science advisor to the Global Precious Commodities PLC, Global Cool Foundation, Climatecom Strategies, Steria, Permian Ltd and Carbon Sense Ltd. Maslin is a leading scientist with particular expertise in past global and regional climatic change and has publish over 120 papers in journals such as Science, Nature, and Geology. He has also have written eight popular books, over 30 popular articles, and appeared on both radio and television. He is the author of Climate Change: A Very Short Introduction (OUP, 2014).