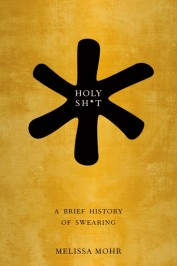 Oxford Dictionaries has selected the ‘Face with Tears of Joy’ emoji as Word of the Year 2015, so we asked several experts to comment on the role that emojis play in language.

Emojis originated as a way to guide the interpretation of digital texts, to replace some of the clues we get in ordinary speech or writing that help us understand what someone is trying to communicate. In person or over the telephone, facial expression and voice modulation help us get our meaning across; in most forms of writing — blog posts, stories, even emails — we have the luxury of expressing ourselves at some length, which hopefully leads to clarity. Emojis are the perfect way to comment on own’s texts when character length and attention spans are short, when you want to make sure that your joke is taken as a joke

People have been using pictures to comment on their own and on other’s texts long before these little smiley faces, though. Let’s have a look at some ways people in the past have tried to control the interpretation of texts, sometimes by narrowing down the number of possible meanings, sometimes by multiplying them, and sometimes by just sowing general confusion.

In the 14th and 15th centuries, manuscripts were littered with people, often knights, fighting snails. Manuscript pages were carefully planned out; it was expensive and time-consuming to make a book by hand, so these bellicose mollusks are no mere doodles. They meant something, but what? We might expect manuscript illustrations to guide our interpretation of a text, to point us toward a particular meaning. In the Middle Ages, however, images were more often used to open up multiple interpretations, to suggest different ways of understanding a text.

Here, for example, the knight/snail battle appears at the bottom of a page from the Canticle of Moses. This part of Exodus is about how the Lord is “like a man of war” and how he has triumphed over Pharaoh and cast his chariots, horses, soldiers, etc. into the sea. It makes a certain amount of sense to have a knight, then, but the snail? Perhaps Pharaoh posed as much trouble to God as a snail would to an armored warrior. Or perhaps we are supposed to glean another meaning from the knight-mollusk conflict: we on earth also have our battles, but they happen not in the glorious realm of the divine, but the absurd.

This is an example of doodling. An early reader was studying a 1519 copy of De Syllabarum Quantitate (On the Quantity of Syllables), by the French-Italian religious poet and playwright Giovanni Francesco Conti (known as Quintianus Stoa) and was moved to fill the margins with these faces and scythes. In reality, we don’t know what he or she meant to convey — there was no standard iconography of facial expressions, no helpful emoji dictionary, at the time. Yet the faces still influence our interpretations of the text. They record the reader’s own reaction to Stoa’s writing, which, given the drawings’ blank eyes and small, set mouths (and their presence in one of the book’s most gripping sections, on “ambiguity in the middle syllables”) appears to have been a fairly deep boredom.

In the past, writers most often tried to control the interpretation of their works with extra words — whether in the main piece of writing itself or in glosses and footnotes — which we cannot afford in this era of 140 characters or less. The early modern writer perhaps most determined to control his reader’s experience was Edmund Spenser. He attached a very long gloss to his Shepheardes Calendar (1579) that explains all the things the reader might have missed or misunderstood. In the first section of the poem, for example, the hero, Colin, loves a lass, but is beloved by another shepherd, Hobbinol: “my love he seeks with daily suit” Colin complains, but “his clownish [rude, unsophisticated] gifts and curtsies I disdain.” The gloss clarifies that “In this place seemeth to be some savor of disorderly love, which the learned call pederasty: but it is gathered beside his meaning.” Spenser has just called “no homo.” (This slang — obviously derogatory — developed in the 1990s when speakers wanted to distance themselves from something that sounded “gay,” and is now fairly prevalent in social media.) The gloss goes on at such length, though, that it protests too much. Is he really denying Hobbinol’s “disorderly” love? Had emojis been available to Spenser, he might more economically have said,

The “laughing so hard that I’m crying” emoji is growing in popularity because the acronyms that previously indicated extreme amusement — LOL (laughing out loud) and LMAO (laughing my ass off) — are more and more used only in an ironic sense. Most emojis are rather straightforward.

is more interesting, straddling as it does the line between joy and sadness, showing that sometimes it can be hard to tell one from the other. I’d like to think that part of its popularity lies in our age-old desire to complicate things, to let meanings proliferate rather than narrow them down.

Melissa Mohr holds a Ph.D. in Renaissance Literature from Stanford. Holy Sh*t: A Brief History of Swearing is her first book and it will be out in paperback in 2016.