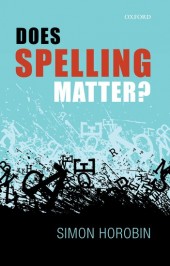 Oxford Dictionaries has selected the ‘Face with Tears of Joy’ emoji as Word of the Year 2015, so we asked several experts to comment on the role that emojis play in language.

The selection of the ‘Face with Tears of Joy’ emoji by Oxford Dictionaries as its Word of the Year recognises the huge increase in the use of these digital pictograms in electronic communication. While 2015 may have witnessed their proliferation, emoji are not new. They were originally developed in Japan in the 1990s for use by teenagers on their pagers; the word emoji derives from the Japanese e ‘picture’ + moji ‘character, letter’. Its successful integration into English has no doubt been facilitated by its resemblance to other words that begin with the e- prefix – a contraction of electronic – found in words like e-mail, e-cigarette, and e-commerce.

The success of emoji is a direct consequence of the digital medium in which they are used. Electronic communication is a form of writing that resembles a casual conversation more than formal prose, often taking place in real time with a known recipient, but lacking the extra-linguistic cues such as facial expression, tone of voice, or hand gestures that help to convey meaning in face-to-face interactions. New methods of encoding such features of communication emerged to enable senders to include non-linguistic interjections – *sigh* – and physical responses – *facepalm*. Raising one’s voice is made possible by the use of capital letters, while additional spaces add a dash of condescension: D O   Y O U   U N D E R S T A N D?

The emoticon (a blend of emotion and icon), or smiley, grew out of a need to transmit a broader range of attitudes. It first appeared in computer science bulletin boards in the early 1980s, where the combination of keyboard strokes :-) were used to mark jokes, while :-( indicated seriousness. Despite being dismissed by punctuation crusader Lynne Truss as a “paltry substitute for expressing oneself properly,” emoticons developed to convey a wider range of emotions, including a straight face : |, and ones expressing surprise >:o, and scepticism >:\.

Emoji have come to replace the comparative crudity of the emoticon, enabling the representation of a far greater range of expressions with less ambiguity. Where the double smiley :-)) – used to express increased hilarity – runs the risk of appearing to imply your recipient has a double chin, emoji offer a variety of grinning faces, including ones crying with laughter, or with smiling eyes. While a similar attitude may be rendered by the ubiquitous LOL (‘laughing out loud’), this has the disadvantage of being potentially misconstrued as ‘lots of love’, with embarrassing results. Acronyms describing increased levels of amusement, such as ROTFL (‘rolling on the floor laughing’), are less well-known and considerably less snappy.

The most commonly employed emoji are the smiling, frowning, and winking faces – used to show when a writer is happy, sad, or joking. The desire to flag when a message is intended to be ironic or sarcastic is not new; in 1887 Ambrose Bierce, author of The Devil’s Dictionary, proposed the introduction of the snigger point (or mark of cachinnation ‘laughing loudly’) – a horizontal round bracket resembling a smile – which would be appended to all ‘jocular’ or ‘ironical’ sentences.

But where the use of emoji has grown out of a radical move to shake off the constraints of written language, users remain restricted by the numbers and types of emoji available. The release of new emoji is subject to the approval of the Unicode Consortium, a kind of Académie Française for emoji. Such decisions are frequently contentious, given the lack of representation of certain ethnic groups, their cultures, and religions; it is only recently that it has become possible to choose from a range of skin tones.

While recent updates have enabled greater cultural diversity, the representation of foods, clothes, and places of worship remain highly westernized. However representative emoji become, it is not possible to legislate for the cultural sensitivity of their users. The pine decoration emoji, representing kadomatsu – placed at the front of Japanese homes at New Year to welcome spirits in the hope of a plentiful harvest – is regularly used in the west as an offensive gesture, since it resembles a raised middle finger.

As new emoji continue to appear and it becomes increasingly possible to send entire messages using only these symbols, we might wonder whether there will be any need for language in the future.

For emoji to become a fully-fledged language in its own right we would need a vastly greater number of characters. At present the system remains too crude to represent all but the most straightforward concepts, as is apparent from the rendering of Herman Melville’s classic novel Moby Dick in emoji. In Emoji Dick, the novel’s famous opening sentence ‘Call me Ishmael’ is rendered somewhat cryptically by a series of icons showing a telephone, a man with a moustache, a boat, a whale, and an OK sign. But what is clear from Oxford Dictionaries’ findings is that, whether you

them, emoji are here to stay.

Simon Horobin is Professor of English Language and Literature at the University of Oxford and a Fellow of Magdalen College. He has written extensively on the history, structure, and uses of the English language. He is the author of Does Spelling Matter? (OUP, 2013), co-author of An Introduction to Middle English with Jeremy Smith, and a number of books on the history of English, and the language of Chaucer. His latest book, How English Became English: A Short History of a Global Language, will publish in 2016.