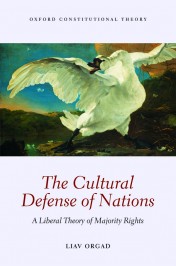 Citizenship tests are meant to focus on facts essential to citizenship, yet reviewing them tells a different story. What knowledge makes one a good citizen?

What Subjects Should be Included?

Citizenship tests are a sort of a “grab bag”; they include a little bit of everything—demography, geography, history, constitutional principles, national holidays, and a long list of practical knowledge of education, employment, healthcare, housing, taxes, and everyday needs. The United States asks about rivers, oceans, and the flag; Australia tests about Kangaroos, the national flower, and mateship; Germany include questions about Pentecost, Rose Monday carnival, and the tradition of Painting Eggs on Easter; Holland focuses on nudity, the importance of bringing a present to a birthday party, and the custom of handshaking in a job interview; France asks about Brigitte Bardot, Edith Piaf, and Molière; Britain includes Shakespeare’s Romeo and Juliet, cricket, and Harry Potter; Spain tests about Picasso, folk dances, and the Camp Nou; and Denmark includes questions about the children’s story, The Ugly Duckling, and the film The Olsen Gang.

Test content is changeable. The current trend in is toward cognitive tests, but just a few years ago one could see other type of questions about social interaction and moral judgment. The British Citizenship test used to ask questions such as: “Suppose you spill someone’s pint in the pub. What usually happens next?” The German Land of Baden-Württemberg asked: “Imagine that your adult son comes to you and declares that he is a homosexual and would like to live with another man. How would you react?” This type of questions no longer exists, due to public criticism, but one may still find some relics of similar questions, such as the German question: “What should parents of a 22-year-old daughter do if they do not like her boyfriend?”

What Should be the Test Format?

One option is a knowledge test, a second option is a behavior test, and a third option is a residency test. While a knowledge test presumes that a person knows and understands a society’s history and culture by answering some questions, a performance test assesses a person’s behavior to determine whether she is a good citizen. For example, it can consider whether the immigrant pays taxes, volunteers in the community, abides the law, and takes part in public life. A residency test presumes “good citizenship” merely through continual residency. According to this test, a person living continuously in the society is presumed to become a good citizen. The test is whether a person lives enough time in the society.

Is the Test Essential for Citizenship?

Citizenship tests are supposed to focus on knowledge essential to citizenship. And yet, reviewing citizenship tests shows that everything goes. Does knowledge about horse races, haggis, the Beatles, and British soap operas make one a good Brit? The previous test included the question “according to Life in the UK, where does Father Christmas come from?” Possible answers were Lapland, Iceland, and the North Pole. The answer to this question, which is more about mythology than history, is controversial. Some people might answer Lapland, while others might say the North Pole. Various societies tell different tales. The real question, however, is whether this information is essential for settling in the United Kingdom. Citizenship tests are not a TV-game show “Who Wants to Be a Millionaire,” or information.com for life in the United Kingdom. They should set the sine qua non for becoming a citizen, and not test whether immigrants can snap back random trivia.

How Should the Test Be Designed?

Here are some guidelines for a future design of citizenship tests.

First, the test should be cognitive, something that can be learnt, rather than “moral,” a measure of one’s inner belief (belief can be encouraged, but not imposed or mandated).

Second, cognitive knowledge is not a blank check to implement policies without restraint. Immigrants should not be expected to spell out how “great” nudity is, or how impolite it is to attend a birthday party without a present, even if these issues are cognitive and learnable. The idea that there is one “correct” way to behave in society runs against liberal theory. Questions such as “What should parents of a 22-year-old girl do if they do not like her boyfriend?” are funny at best and absurd at worst.

Third, the test should focus on what is essential for a newcomer to know in order to become a citizen. Is it really essential to know “How might you stop young people playing tricks on you on Halloween?” or “Until what time do people play jokes on one another on April Fool’s Day?”

Fourth, even if the required knowledge is cognitive, legal, and essential, it should not necessarily be tested; there may be alternatives, such as orientation materials in a mandatory orientation day.

Fifth, the test should be fair and equal. When a test is intentionally designed to exclude specific ethnic groups, it may become discriminatory. Moreover, the procedure of the test must be fair. Among the pertinent issues are the test’s level of difficulty, its cost, the existence of preparation materials, and the number of times that the citizenship test can be retaken, and some possible exemptions of a mandatory test for elder, family, or illiterate people.

Citizenship tests, which are mushrooming worldwide, provide a unique opportunity to learn about Western societies. Reviewing citizenship tests help clarifying who is, in the state’s view, a “good citizen,” and the current understanding of what it means to become a citizen in the liberal state. Becoming a citizen is a serious step; citizenship is the most important benefit a state can offer to a foreigner. Putting immigrants to a test is not unlawful or immoral per se, but the test should not mock the process of citizen-making.

Which Citizenship Test Could You Pass?