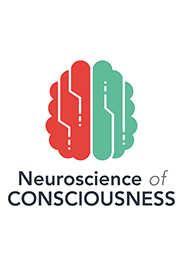 Neuroscience of Consciousness is a new open access journal which publishes papers on the biological basis of consciousness, with an emphasis on empirical neuroscience studies in healthy populations and clinical settings.

The study of consciousness has long been excluded from serious consideration within psychology and the neurosciences, but this field is gaining momentum again. We sat down with the editor of Neuroscience of Consciousness, Anil Seth, to learn a bit more about our “inner universe” – a landscape sometimes thought of as a problem beyond the reach of science.

It’s tricky to come up with a rigorous scientific definition of consciousness which enjoys a broad consensus. On the other hand, we are all familiar with what consciousness is. Put simply, for a conscious organism, there is ‘something it is like’ to be that organism. Put another way, consciousness is lost when falling into a dreamless sleep (or undergoing general anaesthesia), and it is what returns the next morning on waking up (or coming round). More generally, consciousness implies a continuous (but interruptible) stream of phenomenal senses or experiences – a technicolour, multimodal, fully immersive and wholly personalised movie, playing to an audience of one.

Why should consciousness be studied?

Studying consciousness scientifically is enormously important for several reasons. Most fundamentally, understanding the biological and physical bases of conscious experience will reframe how we see ourselves in nature, bringing one of the last remaining mysteries of life and the universe within the remit of science. More practically, it will open new avenues towards improved diagnosis, prognosis, and treatment for many neurological and psychiatric disorders that currently exert huge socioeconomic costs.

What are some of the neurological and psychiatric disorders associated with consciousness?

These can be divided into two classes. The most severe are neurological ‘disorders of consciousness’ like coma, the vegetative state, and the minimally conscious state, which involve a wholesale loss or diminution of consciousness. Other neurological conditions involving localised brain damage can lead to specific disturbances of conscious experience, depending on where the damage is. Psychiatric disorders like schizophrenia and depersonalisation disorder can also be usefully understood as arising from disruptions in the brain mechanisms that underlie normal conscious perception. Any condition that involves a change in the way we experience the world (or ourselves) can be addressed from the perspective of consciousness science.

I was lucky to start my research career more or less at the time consciousness was becoming, after many years at the sidelines, re-established within psychology and the neurosciences. Being able to apply rigorous scientific methods to the challenge of consciousness was a very exciting prospect. And unlike other great scientific mysteries, consciousness is highly personal. The realisation that studying consciousness could make real practical differences in the clinic was also a strong motivation in pursuing this line of research, and one which is increasingly important to me.

What is involved in studying consciousness science?

The challenge for consciousness science is to connect phenomenal descriptions of how conscious experiences seem to the experiencer, to the complex biological and physical processes (unfolding across brains, bodies, and environments) on which they depend. This can be done for conscious level (for instance the difference between wakeful awareness and dreamless sleep), conscious content (the components of a conscious experience, including colours, smells, tastes, thoughts, and so on), and conscious self (the specific experience of being ‘I,’ including experiences of body ownership and of being a particular person over time). A satisfying explanation should also account for the functions of consciousness – what can we do in virtue of being conscious? – which may then shed light on how and why it evolved the way it did.

Consciousness science is fundamentally interdisciplinary. Today, it is a flourishing enterprise which engages neuroscientists, psychologists, computer scientists, clinicians, mathematicians, and physicists, with sociologists and anthropologists also joining the party. Consciousness is studied in psychiatric and neurological patients, in non-human animals and in healthy human volunteers (including infants), with experiments deploying increasingly powerful methodologies for acquiring, analysing, and connecting data of many different kinds, all brought together by powerful new theories and computational models.

What are some of these experiments?

There are so many brilliant experiments it’s hard to choose! In the area of conscious level, I have been impressed by recent findings that show how we can distinguish between different neurological disorders on the basis of a specific measure of the complexity of brain dynamics. In conscious content, I’d choose a classic study which shows the importance of ‘feedback’ or ‘reentrant’ connections in generating conscious perceptions, which has a new relevance with respect to popular ‘Bayesian’ theories of how the brain works. And then, in conscious self, one of our own articles used virtual reality to show that the brain puts together signals from inside the body (interoception) with visual information to determine whether a virtual ‘rubber hand’ is experienced as part of the body. But these just scratch the surface!

Have you ever been surprised by the results of your experiments?

Yes, that’s part of the joy of science! In one recent experiment, we set out to train healthy adult volunteers to have synaesthetic experiences – in our case, to experience colours when seeing specific letters (this is ‘grapheme-colour’ synaesthesia). This had been tried before, with varying results; we decided to try a much more extensive and concentrated training regimen. Not only did most of our volunteers show behavioural evidence of synaesthesia, more surprising was that they reported having synaesthesia-like experiences as well! We’ve actually found even more interesting results in a follow up, but I can’t say anything more since we’re still writing the paper. But findings don’t have to be dramatic to be surprising and in science, you very rarely get exactly what you expect.

How is consciousness science different from neuroscience?

Studying consciousness is both broader and narrower than neuroscience in general. Broader, because a singular focus on brain mechanisms neglects the essential contributions of other disciplines to what is ultimately a question about the human (and perhaps non-human) condition. Narrower, because a lot of what the brain does seems to unfold independently of consciousness, or is at least highly indirectly related. For example, the cerebellum (the so-called ‘little brain’), while crucial for many cognitive and motor functions seems to have little to do with consciousness.

How can you describe the Neuroscience of Consciousness journal?

While we maintain an emphasis on empirical neuroscience studies in the journal, we are also keen to publish studies from other disciplines (or better, across multiple disciplines) that shed light on the biological basis of conscious experience. For this reason, we are delighted to be the official journal of the Association for the Scientific Study of Consciousness, which has long been the premier scientific organisation in this field and which has always promoted a multidisciplinary approach to consciousness science. The motivations and aims of the journal are discussed in our online Editorial but more importantly, perhaps just sit back and enjoy the little miracle of being conscious right here and right now.

The neuroscience of human consciousness [podcast]