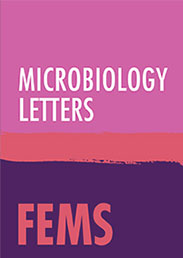 The serendipitous discovery of penicillin by Alexander Fleming in 1929 positively transformed modern medicine. Fleming’s decision to spend his summer holiday in East Anglia and his casual approach to laboratory housekeeping was an auspicious combination. After his return to the laboratory he observed that an uncovered culture plate of Staphyloccocus bacteria had been contaminated with a fungus Penicillium notatum. Fleming’s decision not to discard this plate but to study the phenomenon further was the start of a new era of modern medicine.

The therapeutic potential of penicillin to successfully treat infections that had previously killed patients was soon apparent. In 1941 the microbiologist Selman Waksman (who subsequently went on to discover more than 20 antibiotics himself) used the term ‘antibiotic’ for the first time. Antibiotics are small molecules that inhibit the growth of microbes and can be used clinically to treat a plethora of bacterial and fungal infections. The Golden Age of drug discovery had arrived and from the 1940s to the 1960s new drugs were discovered and developed. But as early as December 1945 Fleming’s sounded a note of warning in his Nobel Prize acceptance speech:

“It is not difficult to make microbes resistant to penicillin in the laboratory by exposing them to concentrations not sufficient to kill them […]. The time may come when penicillin can be bought by anyone in the shops. Then there is the danger that the ignorant man may easily underdose himself and by exposing his microbes to non-lethal quantities of the drug make them resistant.”

Society’s generous adoption of antibiotics as a force for good is understandable and represents the optimistic, utopian view that science will always have the answers. However our reliance on antibiotics has consequences for antibiotic resistance; it is speeding up the process. The more we use antibiotics the more resistant bacteria are becoming. It is less than a hundred years since Fleming ‘discovered’ penicillin and our reliance on antibiotics to treat life-threatening infections and prevent post surgery infections is at grave risk if we continue to use them inappropriately and with such casual abandon. Antibiotic use in modern agricultural practice and animal husbandry has increased dramatically and an increase in antimicrobial resistance has followed. Antibiotics are not effective against viruses yet antibiotics continue to be prescribed for viral infections and in some countries it is easy to purchase antibiotics without a prescription.

As patients, we continue to misuse antibiotics by demanding them for viral infections, and failing to finish the course of antibiotics when we feel better. The days when bacteria carried resistance to only one or two clinical antibiotics are becoming a thing of the past. Nowadays, it is not uncommon for life-threatening infections such as tuberculosis and gonorrhea to be caused by bacteria with extensive antibiotic drug resistance or even pan-drug resistance making them almost untreatable. Unfortunately, antibiotic resistance knows no borders. Cheap, easy travel means that resistant strains of bacteria can travel the globe effectively.

Unfortunately the Golden Age of antibiotic discovery is long gone; most commonly found antibiotics have been discovered and the discovery of a novel antimicrobial with a clinical impact is rare. In addition, pharmaceutical companies are reluctant to invest in a drug that is at best prescribed for a short period of time, and at worst kept on a shelf as a ‘reserve antibiotic’ to be used only when no other treatment is available.

Effective education, communication, and engagement lie at the heart of any solution and the good news is that this approach is working. Currently it is not just the medical profession and scientists who are highlighting this issue; society, the media, governments, and policymakers from across the globe now understand the scale of the problem. The result is that resources are being invested in examining the challenges and presenting potential solutions to this crisis and financial and regulatory incentives are being provided to address the lack of new antibiotics that are coming on stream. Concerted efforts are also being made across the agricultural and healthcare industries to improve antibiotic stewardship so that we preserve the usefulness of the antibiotics that we currently have at our disposal. Finally a priority must be to invest effort, expertise, and commitment to create a better-informed public that understands the issue of AMR and feels empowered to be part of the global solution.

Dr Laura Bowater is a Senior Lecturer at the Norwich Medical School in the University of East Anglia. She is a Microbiologist with a research interest in the growing problem of Antibiotic Resistance and the role of education in addressing this global concern. She has co-authored the article ‘Inspiring STEM undergraduates to tackle the AMR Crisis’, which is included in FEMS Microbiology Letters Thematic Issue on Education, and is freely available to read for a limited time.