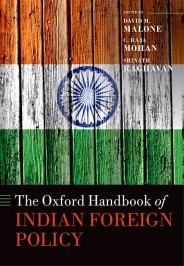 Since the turn of the century, the number of scholars and practitioners with an in-depth knowledge of India has multiplied worldwide. Specifically, close attention has been paid to the country’s international relationships, international objectives, and policy implementations as a result of its relevance to a wide range of global actors.

But what accounts for India’s rapid ascension to the global stage? And why has its “two-decade long evolution” been a set of fits and starts rather than a straight line?

Modern India—though fragmented through most of the last three millennia into many smaller polities—gradually became a unified territorial entity under the authority of the British Raj. While the Raj tends to be remembered with a touch of nostalgia in the West, its legacy in India was far from an unalloyed blessing; it laid the institutional basis of a modern state and sought to integrate India with the global economy, but its economic record was at best mixed, its administrative performance frequently feckless, and its political stance deeply and permanently divisive.

When the British started their expansion in 1700, India accounted for 24-25% of global production, compared to the UK’s 11%. However, by 1947, India accounted for less than 2% of global wealth—despite having 345 million people to provide for—while Britain’s GDP had already exceeded it by half. Looked at another way, India’s GDP per capita remained essentially flat during the 200 years of British domination, while the UK’s GDP per capita increased five-fold.

While the colonial state did integrate India into the first wave of globalization and fostered some industrialization, India’s share of the global GDP and trade steadily diminished after independence until the 1980s. This, however, changed in the 1990s, when India’s private sector came into its own, boasting a number of highly successful business empires by the turn of the century. Moreover, under Prime Minister Manmohan Singh, India’s international profile fortunately grew in tandem with the country’s economic success.

Today, New Delhi articulates a strong claim to a greater role in global governance, which was achieved to a certain extent with the creation of the Group of 20 at the head of state level in 2008, and by the creation of new plurilateral forums such as the BRICS. However, numerous problems of international character, both political and economic, continue to undermine the country’s rising influence on the global stage.

Many of India’s biggest companies, for instance, seem to succeed better outside India than within due to the domestic burdens of bureaucracy, corruption, and frequent contestation, such as Mittal Steel. Additionally, up until recently, confused and contradictory policies in a number of fields suggest India’s weak capability to implement its international ambitions (in the instances when it was able to formulate them).

India’s global outlook, while hopeful, is still clouded by uncertainty over whether such systemic challenges will be overcome. Though the country’s new Prime Minister, Narendra Modi, has pledged Indian prosperity, not least due to greater international investment and trade, his confident style has not yet, beyond tone, yielded significant change in its international stance.

Even so, the growing global relevance of India could well evolve, as Modi is still in the very early stages of his government. Who is to say what changes will take place in the next few years—and beyond?

C. Raja Mohan is Head of Strategic Studies and Distinguished Fellow at the Observer Research Foundation in New Delhi. Earlier he was a Professor of South Asian Studies at the Jawaharlal Nehru University, New Delhi and the Nanyang Technological University, Singapore. Dr. Mohan served as the Diplomatic Editor and the Washington Correspondent of The Hindu and the Strategic Affairs Editor of The Indian Express. He was a member of India's National Security Advisory Board.