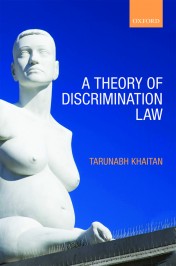 A Theory of Discrimination Law

The set of (relatively) liberal recent pronouncements from the United States Supreme Court features a judgment in Texas Department of Housing v Inclusive Communities Project (2015). The Court, by a slender majority, held that the Fair Housing Act 1968 prohibited not just disparate treatment (direct discrimination in UK law), but also disparate impact (indirect discrimination) based on race. It did so whilst insisting upon certain strict rules within which disparate impact prohibition must operate in order to avoid ‘constitutional questions’.

Indirect discrimination occurs when an apparently neutral rule or policy has a disproportionate and adverse impact on a protected group, and supposedly neutral policies become suspect unless they can be shown to be necessary for achieving legitimate goals. For example, prohibiting headgear (which would affect Sikhs), imposing a minimum height requirement (which could exclude women), or requiring a graduation degree (in a social context where a particular racial group has very few university graduates). It is a means of rooting out inessential practices and policies that tend to exclude minorities from employment, housing, and other quasi-public sectors. Combating such unnecessary practices has become a very important tool to encourage minority participation in civil society at a time when instances of direct discrimination on most grounds are rare and very difficult to prove in courts.

In 1976, the US Supreme Court refused to extend the logic of Griggs to the constitutional prohibition on discrimination under the 14th Amendment. This provision continues to prohibit only deliberate disparate treatment, but not incidental disparate impact (Washington v Davis). So, disparate impact came to be prohibited by statute, but not the constitution. The next landmark American case was Wards Cove v Antonio (USSC 1989), where the Supreme Court tried to further undermine disparate impact law through a series of procedural and doctrinal innovations. Most of these changes were undone by Congressional statute. But the spark from Washington v Davis was fanned by Justice Scalia’s concurring judgment in Ricci v Destefano (2009). Given that voluntary compliance with disparate impact prohibition usually requires race-conscious action, Scalia wondered whether such prohibition did not therefore violate the 14th Amendment’s prohibition on disparate treatment (undertaken or mandated by the state). In her dissent, Justice Ginsburg argued that while disparate treatment law demanded race-neutrality in form, it did not prohibit race-consciousness of purpose (p 619-20, a distinction defended by Siegel).

Justice Ginsburg argued that while disparate treatment law demanded race-neutrality in form, it did not prohibit race-consciousness of purpose

The majority’s recent decision in Inclusive Communities now affirms what all nine Courts of Appeal had held all along: that the Fair Housing Act, like the Civil Rights Act, prohibits disparate treatment as well as disparate impact. Against the context of Scalia’s threat in Ricci, however, Justice Kennedy held that ‘serious constitutional questions’ can be avoided only if the disparate impact prohibition is subjected to strict limitations: these potentially include requiring a lower justification standard from the defendant. The extent to which these limitations bring the ghost of Wards Cove back to life remains to be seen, but some of the rhetoric suggests this could be a pyrrhic victory for the advocates of disparate impact law. The bottom-line is that US law treats disparate treatment prohibition as the central case of discrimination law, and just about tolerates the prohibition on disparate impact.

In British law, the law has followed a different trajectory. In a string of cases, the House of Lords and then the UK Supreme Court have given primacy to indirect discrimination rather than direct discrimination (see generally, James v Eastleigh Borough Council (1990), R (E) v JFS (2010), Bull v Hall (2013)). Citing Advocate General Sharpston, Lady Hale affirmed in Bull that “I take there to be direct discrimination when the category of those receiving a certain advantage and the category of those suffering a correlative disadvantage coincide exactly with the respective categories of persons distinguished only by applying a prohibited classification” (19). For example, if the effect of an apparently neutral policy is that everyone who benefits is a man and all those who lose out are women, British law would characterise it as directly discriminatory on the ground of sex, its apparent neutrality notwithstanding. This approach discards the viewpoint of the discriminator, even when assessing direct discrimination, and looks only for the impact on the victim. If the coincidence is not exact, but the disadvantage is nonetheless disproportionate on the victim group, the discrimination is indirect rather than direct. In fact, British Equality Act 2010 effectively mandates race-consciousness of sorts for public authorities under the public section equality duty. (For the connection between indirect discrimination and the public sector equality duty, see Fredman.)

At a time when US discrimination law is under serious attack by the political right and a reactionary judiciary, Britain should be relieved that at present there exists a cross-party commitment to key antidiscrimination norms.

This turn from reasons towards effects in British law has been criticised not only by conservatives (Finnis, Law Quarterly Review, 2010), but also some liberals (Gardner, 182). As Professor Colm O’Cinneide put it recently in his address to a conference celebrating 5 years of the UK Equality Act, “At a time when US discrimination law is under serious attack by the political right and a reactionary judiciary, Britain should be relieved that at present there exists a cross-party commitment to key antidiscrimination norms.” But this consensus is fragile and will need intellectual support to survive. Already, there are some signs of backward movement in British indirect discrimination law. In Home Office v Essop (2015), for example, the Court of Appeal has decided that a claimant must not only show disproportionate impact but also the “reason why” such impact is occasioned “because of” a protected ground. It is not enough to show that a policy disproportionately excludes a racial minority; the Court invents an additional requirement, demanding that the claimant must also show why the policy has such an impact. Given that the claimants are not always in a position to provide such an explanation, the practical effect of this new requirement might be that many more indirect discrimination claims would fail in British courts. Unless overturned by the UK Supreme Court soon, this ruling could become the Wards Cove moment for British indirect discrimination law.

Ultimately, the choice between the reasons of the discriminator and the impact on the victim is moral, rather than linguistic. It is a question about whose point of view is key to our understanding of the concept of discrimination: the discriminator’s or the victim’s.

A shorter version of this article first appeared on the Oxford Human Rights Hub Blog.

Featured image: US Supreme Court in Spring with Fountain. © markphariss via iStock.

Dr Tarunabh Khaitan is an Associate Professor of law at the University of Oxford and author of A Theory of Discrimination Law.