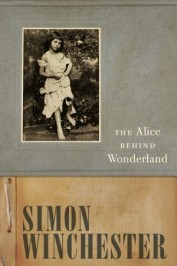 The Alice Behind Wonderland

Alice’s Adventures in Wonderland is a children’s story that has captivated the world since its publication in the 1860s. The book is celebrated each year on 4th July, which is also known as “Alice’s Day”. This is the date that Charles Dodgson (known under the pen name of Lewis Carroll) took 10-year-old Alice Liddell and her sisters on a boating trip in Oxford, and told the story that later evolved into the book that is much-loved across the world.

Oxford is integral to Alice’s history, and Oxford University Press still houses a number of artifacts relating to the original printing of the story in our museum. Click through our slide show below to discover more.

Photos by Jack- Campbell-Smith for Oxford University Press.  Do not use without permission.

Miranda Dobson is marketing executive for Life Science journals, and a member of the OUPblog editorial board. Jack Campbell-Smith is multimedia producer for OUP's social media team.