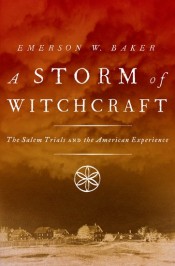 A Storm of Witchcraft : The Salem Trials and the American Experience

On 10 June 1692, the condemned Bridget Bishop was carted from Salem jail to the place that would later be known as Gallows Hill, where Sheriff George Corwin reported he “caused the said Bridget to be hanged by the neck until she was dead.” She would be the first of 19 victims executed during the Salem witch trials.

The Salem witch trials are notable for the prominent role played by spectral evidence. Indeed, all of the indictments against Bishop in 1692 mention only “spectral attack”—that is, the victims were assaulted by a spirit that was invisible to everyone except the afflicted. In addition to the spectacular testimony of the afflicted, however, there was also an extensive set of depositions by people – mostly men – who had been harmed by spectral attack and also by more typical and traditional maleficium, or harmful witchcraft allegedly practiced by Bishop. Maleficium could cause injury to livestock and crops, destruction of property, or even illness or death, but a witch need not employ a specter to cause such evil.

These depositions were an important bolster to the current accusation. The afflicted in 1692 where overwhelmingly teenage girls. Women and children rarely appeared in court. Indeed, you had to be more than fourteen years old to testify. Not only did the depositions of men strengthen the case, but they also suggested that Bridget had been a witch for some time, as the incidents these men referred to took place many years ago. This is not surprising considering that Bridget had first been accused of witchcraft in 1680. The only surviving deposition from that earlier case was made by John Ingersoll’s slave, Juan. He had allegedly seen Bridget’s specter spook a team of horses and steal an egg.

Apparently Bridget escaped these charges, but her neighbors remained suspicious, and many would come forward as witnesses against her at her trial on 2 June 1692. For example, Samuel and Sarah Shattuck testified that after Bridget visited their home in 1680, their young son “was taken in a very drooping condition.” The child soon began to suffer “grievous fits,” and ever since remained as if he were in a manner dead….falling either into fire or water if he be not constantly looked to.”

Richard Coman deposed that eight years earlier in the middle of the night, Bridget Bishop or her specter appeared at his bedside, and lay upon his “breast or body and so oppressed him that he could not speak nor stir…so much as to awake his wife.” John Louder testified about a similar nocturnal visit seven or eight years earlier. He awoke one night to “Bishop, or her likeness sitting upon my stomach” and she held him down and choked him until daybreak. Louder also believed Bishop was behind the “devil” with the body of a monkey and the claws of a rooster that attacked him and struck him dumb for three days. John Bly and his wife Rebecca testified that they bought a sow from Bridget’s husband, Edward Bishop, only to then get into a quarrel with Bridget over the payment. Soon afterwards the sow appeared bewitched. It was “taken with strange fits…seemed blind and deaf” and “foamed at the mouth.”

John Bly and his son William provided even more incriminating evidence. They had been hired by Bishop in 1685 to carry out some repairs on her home. When they took down the cellar wall, they found in the holes between the stones “several poppets made up of rags with hogs’ bristles with headless pins in them with the points outward.” Poppets with pins in them refers to what today people call “voodoo dolls.” These are small dolls that were clothed in part with some hair or possessions stolen from the victims and then stuck with pins or otherwise damaged to inflict pain on the victims. Poppets were all too clear evidence of image magic. The Blys did not produce the actual poppets, but this short, simple testimony would have been viewed as tangible proof of black magic, far more damning than spectral evidence.

The Shattucks’ testimony supported the Blys’ contention that Bridget had poppets. Samuel was a dyer, and once Bridget brought him “sundry pieces of lace some of which were so short that I could not judge them fit for any use.” This statement implied that the tiny pieces of lace were being dyed for clothing for the poppets Bridget made.

Unfortunately, Bridget’s record extended far beyond a past charge of witchcraft. Her stormy marriage to her late second husband, Thomas Oliver, was well-known to all. The two were often seen and heard quarreling. Once on the Sabbath a witness heard Bridget call Thomas an “Old Devil” and an “Old Rogue.” Bridget was “seen at one time face bloody and at other times black and blue.” On at least one occasion, she fought back, landing several blows on Thomas. Such behavior brought them before the court several times. Bridget even had to stand for an hour in the marketplace, wearing a note describing her offense – public humiliation for her bad behavior. More recently she had been accused of theft.

Bridget’s repeated brushes with the law made her a likely witchcraft suspect and meant that people were unlikely to believe her protests. A twelve-year record of spectral attack and maleficium, highlighted with multiple witnesses testifying to the use of poppets, and combined with the fits of a group of teenage girls in the courtroom made for a most convincing case. Given the weight of evidence against her, it is likely Bridget would have been convicted of witchcraft in any English court – be it in Salem or London.

Thomas Newton, the Crown’s Attorney who organized the prosecutions in Salem, knew he had his strongest case against Bridget Bishop. So even though she was not the first accused, Newton decided to try her first. As the trials progressed the evidence would grow weaker. However, the conviction of Bridget Bishop proved that the witchcraft conspiracy was real, so the convictions continued. In perhaps the most disturbing record in American legal history, the Court of Oyer and Terminer would convict all 28 people it tried. If there is a silver lining to this dark cloud it is that Governor William Phips dismissed the court before it could execute all 28. 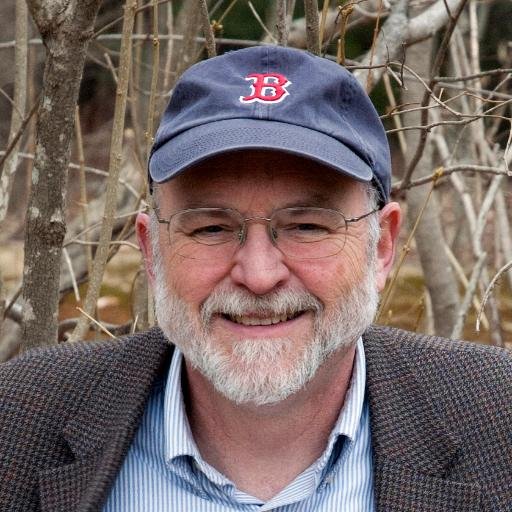 Emerson "Tad" Baker is a professor of History and former dean of the Graduate School at Salem State University. He is the award-winning author of many works on the history and archaeology of early New England, including The Devil of Great Island: Witchcraft and Conflict in Early New England. He has served as an advisor for PBS-TV’s American Experience and Colonial House. His new book is A Storm of Witchcraft: The Salem Trials and the American Experience. Follow him @EmersonWBaker