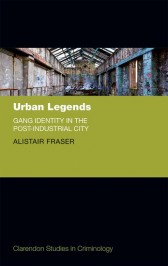 Scene 1: A group of wildly drunk young men smash a local business to smithereens, systematically destroying every inch, before beating the owner within an inch of his life.

Scene 2: A group of power-crazed men (and one woman), driven by an aggressive culture of hyper-competitiveness, commit economic crime on an epic scale.

Scene 3: A group of bored teenagers, clad in flares, chase another similar group over a bridge to the strains of T-Rex, brandishing knives and machetes.

What unites these images, and what divides them?

The first, and easiest, answer is that they are all scenes from American and British feature films of the last five years: The Riot Club (2014), Margin Call (2011) and Neds: Non Educated Delinquents (2010). The second, and more important, is that each depicts the creation of an insular, competitive, male-oriented subculture that results in horrifying acts of social and economic harm. From Oxford to Glasgow via Wall Street, each scene captures a struggle for status and reputation, brinksmanship and one-upmanship, and the will of the individual being keened towards the strange force of groupthink. A third perhaps less obvious answer is that each scene also demonstrates the way in which individuals become warped and damaged by such hyped-up environments, in the effort to live up to the intangible and mutable norms of the group. In each film, an individual trying hard to become an insider ends up on the outside, hurt and ostracised.

In their own way, each director – Lone Sherfig, J.C. Chandor, and Peter Mullan – is exploring the roots of seemingly senseless crime, and finding them in the ways in which social groups create forms of logic and values that gradually become untethered from, yet remain umbilically linked to, that of the law-abiding majority. At the heart of these very different scenes – spanning the violence of the streets, suites, and elites – we see striking similarities. Processes of group cohesion, masculinity formation and collective identity run like a bright red thread through divisions of class and geography.

‘the gang’ is a screen onto which our fears and prejudices are projected.

What divides these images, however, is not the action itself, but our reaction to them. The group of working-class youths in Mullan’s film are easily labelled – as ‘gang members’, ‘non educated delinquents’, or worse – while those in Sherfig and Chandor’s are less easily categorised. The group-oriented crimes of the students and the traders are no less the product of their environment, and of fundamental social processes, than that of the Glasgow teens; but there are no ready-made descriptors. Street-gangs are seen as a regular threat, while suite-gangs and elite-gangs are an aberration; a fact underscored in both Riot Club and Margin Call as almost all guilty parties escape legal censure. As William Chambliss discovered in his classic study of the Saints and the Roughnecks, those with cultural and economic capital are able to disentangle from the criminal justice system in a way that those labelled ‘gang-members’ cannot.

In a similar way, the academic study of gangs is often narrowly focused on questions of how and why ‘gang members’ differ from mainstream society. Like Officer Krupky in West Side Story, we see explanations roving from social to psychological, familial to environmental, economic to cultural. Such explanations, it seems, are often contingent on the eye of the beholder – ‘the gang’ is a screen onto which our fears and prejudices are projected. In the UK, ‘the gang’ is fast becoming the defining folk devil of the twenty-first century. Rather than casting our academic gaze downwards, however, we might turn it upwards – or, as Dwight Conquergood argues, we might turn it inwards, seeing gangs as ‘magnifying mirrors in which we can see starkly the violence, territoriality and militarism within all of us’.

In reframing the study of gangs, we would do well to engage with these insights – locating the particular forms of gang identity within their social and cultural context while considering the effect of our own academic and cultural ‘scenes’ in shaping responses to gangs.

Dr. Alistair Fraser is Assistant Professor in Criminology at the Department of Sociology, University of Hong Kong. Prior to joining the University of Hong Kong, he worked as a Research Assistant at the Scottish Centre for Crime and Justice Research, carrying out a variety of funded research projects on youth violence, community policing, female offending, and oral history. He is the author of Urban Legends: Gang Identity in the Post-Industrial City.