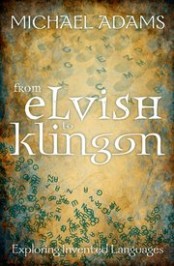 May the Fourth be with you! Playing off a pun on one of the movie’s most famous quotes, May the 4th is the unofficial holiday in which Star Wars fans across the globe celebrate the beloved blockbuster series. The original Star Wars movie, now known as Star Wars IV: A New Hope, was released on 25 May 1977, but to those of us who waited in line after line to see it again and again in theaters, it will always be just Star Wars. The film introduced characters who are now staples of our cultural iconography. They are immediately recognizable today, even by those who have never seen Star Wars: Luke Skywalker (Mark Hamill), Princess Leia (Carrie Fisher), Han Solo (Harrison Ford), Obi-Wan Kenobi (Alec Guinness), Darth Vader (embodied by David Prowse, but voiced by James Earl Jones), C-3PO (Anthony Daniels), R2D2 (Kenny Baker), and Chewbacca (Peter Mayhew). We know them by their clothes and hair and light sabers. We also know Star Wars by the resonant voices of its characters and by the unique language they use, words and phrases we never heard before the Star Wars phenomenon began.

Of catchphrases, Eric Partridge, a great twentieth-century lexicographer of Non-Standard English, argued in A Dictionary of Catchphrases (1977), “example is better than precept.” They are often “conversational gambits” and are “pithy, perhaps earthy,” and “the categories Catch Phrase, Proverbial Saying, Famous Quotations, Cliché” all run together. It isn’t easy to say what a catchphrase is, but Partridge reports a friend’s definition as “a phrase that has caught on, and pleases the populace.” The Canadian linguist Jack Chambers argues that “the only obvious [linguistic] effect of mass communication . . . is the diffusion of catch-phrases,” which “are more ephemeral than slang, and more self-conscious than etiquette. They belong for the moment of their currency to the most superficial linguistics level.” That’s meant to put catch-phrases and TV in their places, at least as far as linguistics is concerned.

History, science fiction films and television have provided us with many words: for example, the Star Trek franchise gave us Vulcan, Klingon, holodeck, and transporter. Though prime directive had been in English since 1947, the Prime Directive is a product of Star Trek, too. None of these is as useful as sci-fi geeks would like to believe. Battlestar Galactica’s expletive frak, was no match for the perfectly good F-word already in daily use, and hasn’t proved a popular euphemism for it, either. Star Trek has offered up plenty of catchphrases, too: Live long and prosper; Beam me up, Scotty; Dammit, Jim, I’m a doctor, not an X.

Star Wars is no different. It has words — Wookiee, Jedi, comlink, escape pod, and light saber, for instance — no more or less useful in everyday conversation than words from other sci-fi films. But it also has some of the most powerful catchphrases known to human kind. From the very beginning, in the film’s opening crawl, we read the eminently repeatable catchphrase for any fantasy moment: A long time ago, in a galaxy far, far away. When we’re in trouble, we convince our friends that they’re our Jedi masters and we need them, with Help, me, Obi-Wan Kenobi. You’re my only hope. Obi-wan reassures Luke, The Force will be with you, always and later in the film, Han Solo shows his solidarity with May the Force be with you, the form more widely used in speech. We register ability where we don’t expect it and don’t quite believe it by echoing Darth Vader’s evaluation of Luke: The Force is strong with this one. Just one scene, when imperial storm troopers challenge Luke and Obi-wan as they enter the seedy port city of Mos Eisely, yields several catchphrases useful when some mystification is going on. In the scene, Obi-wan controls the storm troopers’ minds, and they repeat his words: You don’t need to see his identification, and most especially, These aren’t the droids you’re looking for.

Any catchphrase with Obi-wan or droids or the Force in it is coy, perhaps verging on parody when used in everyday speech — that’s why Han Solo smirks when he says, “May the Force be with you,” and if we use it ourselves, we’re probably self-conscious about it, too. At least one Star Wars catchphrase, however, has entered English so completely that no one thinks about its origin when using it. At my university, when members of the faculty are recruited into administrative positions, some colleagues accuse them of “going over to the Dark Side.” The Star Wars version, given by Obi-wan as partial explanation of how Luke’s father died, is “Vader was seduced by the Dark Side of the Force,” but this was quickly rephrased by fans as go over to the Dark Side, which is a catchphrase useful in contexts even where the Force is irrelevant.

By now, for all but the geekiest English speakers, go over to the Dark Side has shed its association with the film. It seems so natural. It could have been in English for centuries. Yet Jeff Prucher insists in Brave New Words: The Oxford Dictionary of Science Fiction (2007) that the term the Dark Side for “force of evil” originated in Star Wars — according to Prucher, it first appears in the revised fourth draft of an early script for the movie, titled The Adventures of Luke Starkiller, dated 15 March 1976. English has never been the same since. Contrary to Chambers’ predictions, go over to the Dark Side is hardly ephemeral, though I suppose everything is ephemeral on some scale.

There are plenty of catchphrase opportunities in Star Wars yet to be exploited. I await the day when I can say to some antagonist, If you strike me down, I shall become more powerful than you could possibly imagine, but I don’t say it, because I know if I do, that I’ll sound, not like Obi-wan Kenobi, but more like one or more characters from The Big Bang Theory.

Star Wars prompted seismic changes in the media environment. It was heavily merchandized, to say the least. But no one needed to write ad copy; the ad copy was in the script. Soon it was also on posters, T-shirts, coffee mugs, and lunchboxes. Fans and non-fans alike were frequently reminded of catchphrases that, in an earlier age, would have been confined to the film. In Convergence Culture (2006), Harold Jenkins writes that “Watching the advert,” or the film or the television show, “or consuming the product is no longer enough; the company invites the audience inside the brand community,” and the audience participates with gusto: posting boards, fanfiction, continuous — often very intelligent — talk about the language of movies and TV shows and the way it converges with other aspects of our thoroughly mediated lives. Star Wars is a principal example in Jenkins’ book.

Nowadays, catchphrases are an essential component of memes, and Star Wars images and catchphrases have proved effectively and abundantly memic. “Keep Calm and May the Force Be with You,” we’re admonished. A photo of President Obama looking very serious and reaching forward with his hand, as though casting a spell, is captioned, “These aren’t the droids you’re looking for.” Memes extend the life of Star Wars catchphrases and repurpose them for the twenty-first century, but at what cost? Can we wear a catchphrase out, moving it along the spectrum into mere cliché? If catchphrases are continually reproduced for commercial purposes, have they gone over to the Dark Side? Don’t worry. These aren’t the droids you’re looking for. You can go about your business. Move along, move along.

Michael Adams teaches English language and literature at Indiana University. He is the author of Slayer Slang: A Buffy the Vampire Slayer Lexicon, Slang: The People's Poetry and editor of From Elvish to Klingon: Exploring Invented Languages. For several years, he was editor of Dictionaries: Journal of the Dictionary Society of North America. He is currently editor of the journal American Speech.