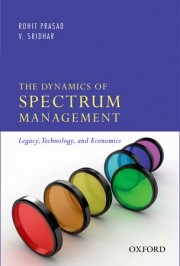 The Dynamics of Spectrum Management: Legacy, Technology, and Economics

Thanks to the recent release of consultation paper titled “Regulatory Framework for Over-the-top (OTT) services,” for the first time in India’s telecom history close to a million petitions in favour of net neutrality were sent; comparable to millions who responded to Federal Communications Commission’s position paper on net neutrality last year.

Since the controversial term “net neutrality” was coined by Professor Tim Wu of Columbia Law School in 2003, much of the debates on net neutrality revolved around the potential consequences of network owners exercising additional control over the data traffic in their networks. Presently the obvious villains in the show are the Telecom Service Providers (TSPs) and the Internet Service Providers (ISPs) as they provide the last mile bandwidth to carry the content and applications to the end users.

A platform provider (TSPs; ISPs) connects end consumers and over-the-top content (OTT) as given in the diagram below.

As per the theory of two-sided markets, the provider is justified in charging a toll to avoid congestion in the network. The toll can be raised from the end user or the OTT or both. The consumer is usually more price sensitive than the OTT so the tendency of the ISP is to raise the toll from the OTT.

The market power of the provider would result in a total levy (sum of levy on OTT and end user) that is too high from the point of view of efficiency. Even if the levy falls within the efficient range, it may tend to be in the higher parts of the range. This tendency is checked by ‘cross-group externalities’ – the value enhancement obtained by the end users from the presence of OTTs and vice versa. Cross group externalities soften the impact of the market power of the provider. Nevertheless, the fact of market power cannot be denied, given the low likelihood that an ordinary OTT can hurt a provider’s business by refusing to connect through that provider.

The principles of static efficiency outlined above do not suggest that over-the-top contents cannot be charged, only that market power of the ISP needs regulation. However the principle of dynamic efficiency, i.e. the optimization of the rate of technological progress in the industry, suggests that OTTs, especially startups, need extra support. Indeed the rapid growth of the Internet is a result of the low barriers to entry provided by the Internet. When the considerations of dynamic efficiency outweigh the considerations of static efficiency there may be justification in reversing the natural trend of charging OTTs and, instead, charging consumers. This has been the practice so far. It must however be noted that innovation is also needed in the ISP layer.

Examples of such vertical integration, small and big, are many. Recent announcements by Google that they will provide Internet access through balloons. and storing its data on the servers of ISPs for better access speeds.

One view on vertical integration is that it allows complementarities to be tapped and is undertaken when the gains outweigh the known restrictions in choice faced by the consumer. For this view to hold, all linkages should be made known to the consumer, who must be deemed to be aware enough to understand the consequences. The other view is that vertical integration inhibits competition as potential competitors have to enter both markets in order to compete.

Further, when a provider provides communications services on its own, there is a conflict of interest with communications over-the-top content, for example between voice services provided by a telco and Skype.

As we contemplate moving away from the traditional regime of the Internet, we must therefore be prepared to countenance the curbing of dynamic efficiency and the limitation to competition due to vertical integration and conflicts of interest between the provider and the OTT.

The following are some of the principles that emerge from economic models:

Finally, the objectives of regulation must also include universal access to the Internet.

The following approach can be suggested:

It is important to discuss the business models of large OTTs (e.g. Google and Facebook) and their market power in the context of the debate on net neutrality. For examples, Google AdWords sponsored search platform ranks the advertisements based on the maximum bid price per clickthrough offered by the corresponding advertiser and is based on Generalized Second Price auction. Hence those who bid lowest will end up in the 100th or 1000th pages of the search page. This is akin to “fast laning” in the context of net neutrality based on payment by the advertiser to platform provider. Further, Google has more than 65% of the search market. The share is even higher in India (the only exception to Google’s dominance is China). Google’s search algorithm is proprietory and is also vertically integrated with services such as email (Gmail) and shopping (Google Compare).

The important point is significant market power and associated negative externalities can either come from TSPs/ISPs or from large OTTs. Two wrongs do not make one right. Hence the debate on net neutrality should consider perspectives from both sides, while controlling both in the interest of continued innovation and rapid diffusion of service.

The following are the four broad issues with reference to net neutrality.

The case in which all bits are accorded the same priority, but are priced differently is a hybrid case of net neutrality. While it satisfies net neutrality with respect to priority it does not satisfy with respect to price. Zero rating is an indicative of this where the bits of selected applications are priced at zero for the consumer that fall under this plan while they are not given either higher/ lower priority compared to others. However, zero rating is a form of an extreme pricing. We can envision a situation that this will lead to large OTTs tying up with large TSPs/ISPs to provide zero rating scheme. Smaller and start-up OTTs will be left out of this equation due to economics of subsidy.

The other case is when TSP charges the same for each bit, but prioritizes certain OTT content. This case involves TSP implementing technologies such as advanced cache management and Deep Packet Inspection amongst others. From the consumer point of view, it provides better Quality of Experience (QoE) without additional price. Hence can possibly increase consumer surplus. This may also involve close cooperation and agreement between select content and service providers. This also might decrease the quality of experience of other content services that are not in the scheme.

Dr. V. Sridhar is a Professor at the Centre for IT and Public Policy, International Institute of Information Technology Bangalore. Dr. Rohit Prasad is a Professor at the Management Development Institute Gurgaon. Together, they are the authors of The Dynamics of Spectrum Management: Legacy, Technology and Economics published by the Oxford University Press. Is there any single answer to all the above complex regulatory and policy questions? Some answers can be found in Chapter 8 of the authors’ book.

What we learned from the financial crisis of 2008