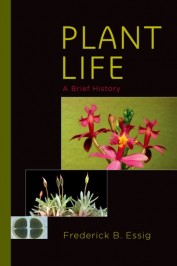 Since evolution became the primary framework for biological thought, we have been fascinated—sometimes obsessed—with the origins of things. Darwin himself was puzzled by the seemingly sudden appearance of angiosperms (flowering plants) in the fossil record. In that mid-Cretaceous debut, they seemed to be diversified into modern families already, with no evidence of what came before them. This was Darwin’s famous “abominable mystery.”

Birds arose around the same time, but for them we have a detailed fossil record documenting the evolution of their feathers, wings, and specialized skeletal features. For plants, there is still a huge gap between living angiosperms and fossil groups that might be related to them, but we do have tools for whittling away at the mystery.

The “top-down” approach uses modern methods of DNA-based phylogenetic analysis to build accurate trees of living angiosperms, identify the most archaic taxa among them, and make predictions about their common ancestor from their characteristics. By definition, the living members of a group of organisms, their common ancestor, and any extinct species—or “dead ends”—among them, constitute a “crown group” (Fig. 1).

The “bottom-up” approach analyzes the available fossil record, identifying which extinct species might be most closely related to the crown group, and which of their structures might have been transformed into the characteristic organs of the angiosperms, particularly their flowers. The extinct organisms leading up to the crown group are referred to as the “stem group,” which, by definition, extends backwards to an earlier ancestor shared with the next most closely related group of living organisms.

For example, the closest living relatives of birds are the crocodilians and their stem group includes all of the dinosaurs. That may sound like the “tail wagging the dog,” but it is during the long line of dinosaurian ancestry that we see the evolution of feathers, wings, and flight, along with other features shared by birds and dinosaurs but not found in crocodilians. Similarly, the stem group of amphibians is where fish turned into land animals, and the stem group of reptiles is where amniotic eggs evolved, freeing vertebrates from aquatic reproduction. The stem groups are where all the fun is!

But who were the “dinosaurs” of the angiosperm story? The stem group of the angiosperms goes back some 300 million years to where it split from the ancestor of the living gymnosperms—conifers, cycads, etc. (Fig. 1). The common ancestor of both gymnosperms and angiosperms, which lived some 300 million years ago, was some kind of seed fern, a plant that bore seeds and pollen on its leaves. The first full flowers, which may have come into existence around 140 million years ago, were bisexual, with distinctive closed carpels, flattened stamens with four pollen sacs, and embryonic seeds (ovules) that were “bent” and contained by a double envelope (integument). The plants that might tell how, why, and where ancient leafy structures were transformed into these distinctive organs are not only extinct, but also largely missing from the fossil record.

Among known members of the angiosperm stem group, one bright spot lies within the extinct order Caytoniales. Some phylogenetic analyses of fossil Mesozoic seed plants reveal this group to be the most closely related to the angiosperms. This supports an older hypothesis promoted by evolutionary botanist G. L. Stebbins, which argued that the peculiar bent angiosperm ovule was derived from the seed-bearing cupule of the Caytoniales (Fig. 3). Known members of the Caytoniales, however, provide little information about the possible origin of stamens and carpels.

Why should there be a gap in the crucial part of the record? The various Mesozoic seed ferns left a fair number of fossils; why not those leading up to the first angiosperms? Aside from the lower fossilization rate of plants in general, it may be that the pre- and proto-angiosperms evolved in habitats where fossilization was particularly unlikely. For Stebbins and others, that habitat was semi-arid subtropical uplands. Stebbins felt that the patchy physical environment and seasonal, marginally sufficient rainfall in such environments provided the maximum stimulation for the evolution of new growth forms, particularly for the short reproductive cycle that is characteristic of the angiosperms. Such environments are the primary hotbeds (“cradles”) of angiosperm innovation and diversity today, and wet tropical forests serve more as refugia or “museums” for archaic angiosperms.

The study by Taylor Feild and his colleagues in 2004, which included analysis of the anatomy, physiology, and ecology of archaic living angiosperms, resulted in a very different hypothesis about the crown group ancestor. Feild argued it was adapted to the disturbed margins of dark, damp forests, where there might be similar pressures for a more rapid reproductive cycle. Who was right?

The answer depends on our reference point. The top-down approach defines the nature of the crown group ancestor, while the bottom-up approach makes hypotheses about adaptive events along the long stem lineage. Angiosperm precursors may very well have lived in a variety of habitats, including upland, semi-arid habitats, prior to moving into damp, disturbed habitats.

The accumulation of the distinctive features of the angiosperms probably took millions of years, paralleling the progression from feathered dinosaur to true birds. In fact, if we designate the first plant with closed carpels as the first angiosperm (“hidden seeds”), and if other standard features of the flower evolved either before or after that, then “angiosperms” and “flowering plants” are not exactly synonymous. And the crown group ancestor refers to a still later reference point. The crown group ancestor was not the first angiosperm, just as there were true birds prior to the bird crown group ancestor. All we can say for sure is that it was a successful angiosperm with all the standard floral features in place, and that it proliferated at the expense of other early angiosperms.

Therefore, when postulating the origins of groups of plants, we must be careful to mind our stems and crowns.

Frederick B. Essig is Associate Professor Emeritus at the University of South Florida, Tampa. He is author of Plant Life: a Brief History and blogs regularly about plants.