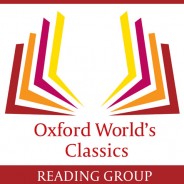 The date-line is 2014. An outbreak of a deadly disease is happening in a remote region, beyond the borders of a complacent Europe. Local deaths multiply. The risk does not end with death, either, because corpses hold the highest risk of contamination and you must work to contain their threat. All this is barely even reported at first, until the health of a Western visitor, a professional man, breaks down. Too late: the disease has found a vector out of the margins and into fortress Europe. A carrier has travelled along the transport networks. Soon enough, the disease spreads from the entry port to the very heart of London. Only a few dedicated experts stand in the way of catastrophe.

If the way the Ebola crisis in West Africa has been reported feels familiar, it is because it has followed a narrative template, what Priscilla Wald has called ‘the outbreak narrative’. This repeats the same story of epidemic anxiety traced back to a single foreign carrier — a ‘typhoid Mary’ — who infiltrates modern states with an infection that exploits the very modernity of networks and so brings catastrophe. This happened before with ‘Patient Zero’ who was thought to have carried AIDS to America. It is also, of course, the basic plot of Bram Stoker’s 1897 novel, Dracula.

In Stoker’s novel, the infection is not an indifferent virus merely seeking replication. The Count is a malignant and unholy force from the fuzzy edges of Western Europe where Christian virtues and the rational Enlightenment reach their limits and run out of steam. The vampire emerges from what is described as a ‘whirlpool’ of races, a metaphor that Stoker clearly borrowed from late Victorian debates that was used to describe the East End of London, home to large numbers of Eastern European Jewish migrants escaping persecution. Their burgeoning numbers, swelling in the slums, were feared to be bringing all manner of physical and moral infections to Britain. No wonder that Count Dracula is associated with swarms of rats and other creatures that carry filth and disease. The vampire brings an awful wasting illness that will thin the blood and corrupt the race.

The enduring power of Stoker’s novel is that it is both ancient and modern, mythical and historical. It is deeply embedded in very old structures of story, from the quest of white knights to kill the dragon, or the chivalric defence of female virtue under severe test, all the way up to using every convention of the Victorian melodrama, in which dastardly and louche aristocrats menace women but are eventually bested by a gang of middle-class professionals. It also borrows many devices from the Gothic romance — for over a hundred years the poor old English Protestant protagonist had been threatened body and soul by weird and menacing foreigners, particularly in Ann Radcliffe’s sensationally successful Gothic romances from the 1780s and 90s, nearly all set in southern, Catholic Europe.

Whilst using these generic conventions Stoker is at the same time able to address his contemporaries with melodrama cunningly concocted from current headlines. 1897 was the Diamond Jubilee of Queen Victoria’s reign, supposedly a great occasion for the trumpeting of Great Britain as the pre-eminent imperial power. Yet Count Dracula chooses a house in Piccadilly that is about as near as you can get to Buckingham Palace: he is the dark other to Empress Victoria. Dracula addresses profound uncertainties about the authority of Britain, the deep fear that once empires rise, they also fall. This was not just reflected in fears about the racial ‘whirlpool’ of the great imperial metropolis of London, addressed by continued restrictions on immigration at home and the colonial annexation of territory abroad. Sexual decadence and immorality were in the news. Stoker’s childhood friend, Oscar Wilde, was in jail for acts of gross indecency with other men in the years that Stoker composed his novel. The New Woman and the women’s suffrage movement were also challenging traditional conceptions of gender balance in public and cultural life. Stoker composed the novel in an innovative way — a network of typed notes, newspaper reports, transcribed diaries, typewritten or phonographically dictated notes — to reflect the speed and modernity of communications. The book rattles along at the speed of the Orient Express, which could plunge the London traveller into the exotic East within a couple of days.

But what is also really striking is that Stoker’s narrative and the metaphor of the vampire is flexible beyond the limits of its own time. You do not need to be an expert in the cultural life of London in the 1890s to get the raw power, the dread and anxiety, that suffuses this text. The vampire has been invented and reinvented and become a container for exploring the many different aspects of the ecstasy or fear of losing our boundaries, of invasion, of infection. The Victorians placed much of their sense of self in the symbolics of blood. That seemed to disappear for a while in the twentieth century understanding of the self, but the exchange of blood became a problem again in the 1980s, and the vampire as a cultural icon inevitably returned with new force in response to the global AIDS pandemic. It is hard to bury the undead: they begin by coming back. Right now, it seems that the zombie and the vampire are imagined in hordes and swarms, and as global vectors of infection. As the ebola crisis unfolds, it has never been more important to understand from where our cultural narratives derive.

Epidemics and the ‘other’