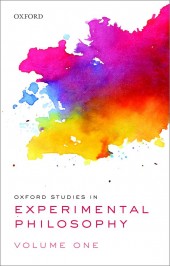 Morality is a funny thing. On the one hand, it stands as a normative boundary – a barrier between us and the evils that threaten our lives and humanity. It protects us from the darkness, both outside and within ourselves. It structures and guides our conception of what it is to be good (decent, honorable, honest, compassionate) and to live well.

On the other hand, morality breeds intolerance. After all, if something is morally wrong to do, then we ought not to tolerate its being done. Living morally requires denying the darkness. It requires cultivating virtue and living in alignment with our moral values and principles. Anything that threatens this – divergent ideas, values, practices, or people – must therefore be ignored or challenged; or worse, sanctioned, punished, destroyed.

This wouldn’t be problematic if we agreed on our moral values/principles, on what the “good life” entailed – but, clearly, we don’t. Indeed, the world stands in stark disagreement about what is decent and honorable vs. vile and repugnant, who deserves compassion, what counts as fair, etc. Conflicts are frequently sparked by the clash of divergent moral perspectives. While it is easy to sit in judgment of those who shove “their morality” down the throats of others, it would nonetheless be irresponsible to pretend that this is not precisely what morality is about – the fight against evil, against corruption, injustice, inhumanity, degradation, and impurity.

We seem inclined to forget that morality is hard. I don’t just mean that it is hard to be a good person, to live up to one’s values/principles (though it is!). I also mean that it is hard to know what being a good person requires or which values/principles are the ones with which we should align ourselves. Indeed, getting morality right may be as daunting a task as understanding the physical nature of the universe itself.

This difficulty is largely hidden from us by the forces of socialization and the socio-cultural frameworks to which we belong. We are unable to see how fragile our grasp of morality really is, how little we understand about how we ought to live. We forge ahead thinking that our moral perspective is the right perspective – or, at least, that it is better than other perspectives. Such entrenchment not only makes conflict more likely, but it also makes morally significant change difficult to achieve.

And yet, morally significant change must happen. Interaction and exchange between diverse cultures has increased to the point where we simply must adapt and adjust our moral perspectives; we must be open to new ideas, ways of thinking, values and ideals. This means that if we want to get closer to the truth, we must be flexible, receptive, and willing to consider alternatives. In other words, morality requires a contradiction – to be both inflexible and flexible, willing to stand firm on our principles and fight injustice and immorality, yet also willing to listen to the “foreign” other, to adapt, adjust, and amend our beliefs.

Why does this matter? Because, this suggests that people’s pluralism is not simply a byproduct of some sort of confusion, but is instead an adaptive pragmatic strategy adopted to accommodate morality’s contradiction.

While people don’t feel less strongly about these values/practices, they are nonetheless unwilling to “close them down” in the way that objectivity requires. This was evident by how they responded to objective vs. non-objective moral divergence. They viewed the former as “transgressions” not to be tolerated, but instead sanctioned/disavowed/punished, while viewing the latter as acceptable, to be if not embraced, then at least tolerated, discussed, and debated.

We see examples of this around us all the time. One that stands out very clearly for me was an on-campus talk given by Jonathan Safran Foer, author of Eating Animals, during which he clearly articulated why our mass production of animals for consumption was a serious moral crisis (indeed, the crisis of the 21st century) while also stating that people must be allowed to decide what to do about it for themselves. Here, once again, we see the contradiction. While we are doing something on a massive scale that we have good reason to believe is unethical, we cannot simply force people to abandon their own values/practices, but must work to create a respectful space for conversation and reflection in order to gradually transform our moral perspectives.

Jennifer Cole Wright is an Associate Professor at the College of Charleston. In addition to publishing in a variety of psychology, philosophy, and interdisciplinary journals, her work appears in several volumes dedicated to experimental philosophy. She co-edited, with Hagop Sarkissian, Advances in Experimental Moral Psychology and is currently co-authoring a book titled Virtue Measurement: Theory and Application with Nancy Snow. When she’s not writing, she is usually working with students in her lab, brainstorming experiments, or satisfying her lust for travel by backpacking across Europe or SE Asia—or sometimes just trekking (with the help of a fuel-efficient car) across the United States. She is a contributor to the new series Oxford Studies in Experimental Philosophy, a growing interdisciplinary endeavor engaged in the theoretical and empirical exploration of topics (e.g., moral psychology) that are of interest to both philosophers and scientists.