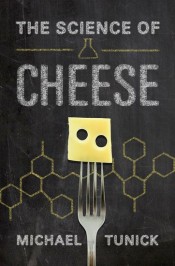 American consumers have increased their purchases of artisanal foods in recent years. Grant McCracken, an anthropologist who reports on American culture and business, identifies ten concepts that the artisanal movement is composed of and driven by. These include preferences for things that are handmade, on the human scale, relatively raw and untransformed, unbranded, personalized (you can meet the person who produced the food), “authentic”, and marked by locality. The other concepts are preferences for transparency (you know where the food has been), connoisseurship, and simplification. Suzanne Cope, who teaches food studies at Manhattan College, feels that artisanal food production is expanding because more people are getting into the food business for themselves and that they are satisfying a need by some consumers for nonconformity.

What is the difference between artisanal and mass-produced food? In most cases, the artisan will take extra steps to insure a better-tasting product. This is especially true with fermented products such as cheese. Industrial cheesemakers pasteurize milk from cows confined in barns, have computer-controlled operations, use large mechanical presses to quickly expel whey from the cheese curd, vacuum-package the product, and ship it out as quickly as practical to avoid tying up their storage facilities. In contrast, artisanal cheesemakers make their cheese by hand in small batches from cow, goat, or sheep milk. They obtain a wider range of volatile flavor compounds by using milk from animals that feed on pasture plants. (If the milk comes from the cheesemaker’s herd, it can also be called farmstead cheese). Some make cheese from raw milk, thus preserving indigenous microflora that would be inactivated by pasteurization. These bacteria cause additional flavors to be generated through enzymatic breakdown of protein, fat, and lactose. Pressing of the curd is frequently done overnight under relatively low pressure, which results in a texture not quite the same as that of mass-produced cheese. Many artisanal producers do not vacuum-package cheese, instead using permeable wrapping that admits oxygen and lets bacteria survive longer. Most artisanal cheese is aged on wooden boards, which impart additional flavors. Raw milk cheese must legally be aged at least 60 days to insure that any pathogens die off, allowing further texture and flavor development to take place. Artisanal cheese may be stored in a “cheese cave” that is either natural or dug from a hillside, which eliminates the costly need for temperature control and permits longer aging times.

Another distinction between mass-produced and artisanal cheese is in the variability of the product. The components in milk are concentrated by a factor of ten in cheese, so an apparently minor difference in the milk may create a major difference later on. Artisanal producers take advantage of the fact that milk varies with feed, stage of lactation, and season. The food that the animals eat affects the resulting cheese, so grazing on different pastures will lead to changes in flavor. The fat and protein contents of bovine milk are at their lowest levels during the warmest months, decrease during the first 25-50 days of lactation, and increase thereafter. Artisanal cheesemakers will often switch varieties or alter their procedures depending on the time of year. Large-scale companies in the United States try to have a uniform product at all times, so their milk suppliers have their cows on the same diet with staggered lactation periods. In Europe and other places, even mass-produced cheeses are made to “suit the season” and lactation periods are not placed on a schedule.

None of this is to imply that artisanal cheese is better for you than cheese produced on a large scale. The nutritional profiles are similar, though more research is needed on health effects of components such as omega-3 fatty acids, which are more plentiful in milk from grazing animals. Many shoppers are happy to pay less for cheese made on an industrial scale, and with knowing that they will get the same flavor and texture every time. But with a growing number of consumers who are more selective about their food choices, artisanal cheese can’t be surpassed.

Michael Tunick is a research chemist with the Dairy and Functional Foods Research Unit of the US Department of Agriculture's Agricultural Research Service. He is the author of The Science of Cheese.