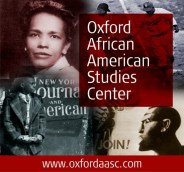 What do opera singer Leontyne Price, activist Victoria Gray Adams, civil rights organizer Bayard Rustin, and Harvard sociologist William Julius Wilson have in common? They all attended or graduated from Wilberforce University. Located outside of Dayton, Ohio, Wilberforce was the first institution of higher education to be owned and operated by African Americans.

As we celebrate Black History Month, it is fitting to examine one of the oldest historically black colleges and universities (HBCUs) in the United States as a way to commemorate more broadly the achievements of African Americans. When Carter G. Woodson established Negro History Week (the precursor to Black History Month) in 1926, he aimed to shift the traditional focus on great men to a celebration of a great race. Woodson announced that the second week of February, when black communities typically commemorated the births of Abraham Lincoln and Frederick Douglass, would be an opportunity to recognize less well-known individuals and events.

The history of black education in the United States illustrates African American advancement. Before and after Emancipation, black men and women pooled their meager resources and built schools because they recognized education as a key to a larger world and freedom itself. African Americans established over 100 HBCUs in the United States, often with the assistance of northern religious groups. While most of these institutions were founded after the Civil War, the Institute of Colored Youth (present-day Cheyney University), Lincoln University of Pennsylvania, and Wilberforce University opened before 1865.

The Methodist Episcopal Church and the African Methodist Episcopal (AME) Church joined forces in 1856 to provide African Americans with post-secondary education. The collaborators named the college Wilberforce in memory of William Wilberforce, a British statesman who had worked to abolish the slave trade in the British empire during the late eighteenth and early nineteenth centuries. By 1860, Wilberforce University had more than 200 students, most of whom were the mixed-race sons and daughters of southern white planters. The institution’s early success, however, faltered during the Civil War as student enrollment and financial support decreased significantly. Wilberforce closed its doors in 1862.

Understanding the importance of education to the destiny of African descended people, the AME Church refused to give up on Wilberforce. Bishop Daniel A. Payne and countless other unnamed members of the first black independent denomination in the United States purchased the Wilberforce property in 1863. In later years, the AME Church established several other colleges including Allen University, Morris Brown College, and Paul Quinn College. When Wilberforce reopened under complete AME control, Bishop Payne served as president. He became the first African American to lead a university, doing so at a time when many white Americans questioned racial equality. Payne’s successors as Wilberforce’s chief leader include renowned historian Charles H. Wesley and congressman Floyd Flake (D-NY).

During the nineteenth century, Wilberforce taught its students Greek, Latin, and science, demonstrating the intellectual potential of black Americans. The university also established a theology department in 1866 to train black ministers as spiritual leaders and agents of social change. The department became the autonomous Payne Theological Seminary in 1891.

Payne Theological Seminary is not the only institution whose roots can be traced to Wilberforce. The Ohio General Assembly established a Combined Normal and Industrial Department at Wilberforce in 1887, granting the institution both denominational and public financial support. The state-sponsored department provided teacher training and vocational education. In 1947, the department formally separated from Wilberforce and became what is presently known as Central State University.

Some of the most distinguished black intellectuals who dedicated their lives to helping African Americans secure full freedom served on Wilberforce’s faculty. W.E.B. DuBois, Mary Church Terrell, William Scarborough, and Anna Julia Cooper taught at the institution. Benjamin O. Davis, Sr., the first African American general of the United States Army, was Professor of Military Science for several years in Wilberforce’s military training program, the first of its kind at an HBCU.

Today, Wilberforce is a four-year, fully accredited liberal arts institution. The university is a member of the United Negro College Fund, a philanthropic organization that provides scholarship funds to forty private HBCUs. Like many other black colleges, Wilberforce has faced significant challenges in the twenty-first century. The institution’s main issues are lack of funding and declining student enrollment. Yet, Wilberforce’s doors remain open. The steely determination that led AME Church members to revive the institution in the midst of Civil War continues to live on.

Wilberforce’s history illustrates Carter G. Woodson’s assertion that black history is more than the study of great men. It is and should always be the study of collective achievement and strivings of African-descended people. Wilberforce has persevered through slavery, segregation, poverty, and persistent racial discrimination. Its graduates have influenced the social, political, cultural and economic structures of the United States and world. May we all celebrate this pioneering institution and the role it has played in making our nation a more inclusive and advanced society.

Crystal R. Sanders is Assistant Professor of History and African American Studies at Penn State University, and studies the African American freedom struggle in the US South. She has just finished her soon-to-be-published first book, Preschool Politics: Black Women and a Radical Head Start. In it, she discusses how a federal Head Start program for low-income preschoolers produced a political battle between poor black mothers and grandmothers and white southern congressmen, and the backlash against it.

The 1968 riots and what Trump could learn from LBJ