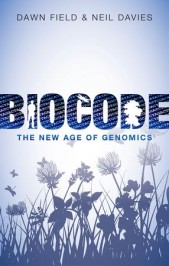 NHS England is creating 11 Genomic Medicine Centres designed to deliver its ambitious 100,000 Genomes Project. In the broader sense it is an undeniable sign that genomics is poised to transform human medicine by improving the efficacy of medical diagnosis and personalized treatment.

This is a major step in the implementation of the Genomics England initiative, which offers a high profile glimpse of a future in which it becomes commonplace to use genomic information to improve our lives – starting with our health. Located in major city hospitals from Newcastle to Manchester to Cambridge to London, these centres will collect samples from patients suffering from cancers and rare diseases and put the United Kingdom at the forefront of genomic medicine.

From each donated sample, taken with due diligence and promised anonymity, will come invaluable medical information married to genomic data. The complete data set will build a lasting knowledge legacy for future generations and is ideally just the start of what will come to be known as the ‘practical genomic revolution’.

Sampling 100,000 people is still only a tiny proportion of England’s 53 million inhabitants, but it means anyone living in this country will be far more likely to know someone who has contributed their genome to science in the hopes of helping humanity and eventually themselves.

Perhaps you have already entered the world of DNA self-study?

Completed in 2003, the 50th anniversary of the discovery of the structure of the DNA double helix by Watson, Crick, Wilkins and Franklin, the Human Genome Project was the first “Big Science” project in biology. In only five decades, science has leapt from the discovery of the DNA helix to reading the entire human blueprint. In the last 12 years, ever-larger projects have followed, such as the 1000 and 10,000 genome projects, and the cost of sequencing a human genome plummeted to a level where the NHS can invest in a 100,000 Genomes Project as a crucial part of its strategy to protect and improve human health.

What might happen in the next five years? Where will we be by 2020?

As we enter the year 2015, few realize that it actually marks the 20th anniversary of the genomic revolution. It was in 1995 that Craig Venter, one of the leaders of the private human genome project and now founder of Human Longevity (a company working towards a million human genomes), and colleagues published the first complete genome sequence of a free-living organism – the bacterium Haemophilus influenzae. We now have the genomes of thousands of microbes and an array of species across the Tree of Life. Large-scale sequencing projects are taking off. This month alone saw announcements that the Smithsonian Institution will launch a virtual Biodiversity Genomics Institute on the back of its Global Genome Initiative, and Russia will create a DNA databank of every living thing by 2018.

The early signs of the coming ‘practical genomics revolution’ are growing more visible. Analysis of DNA is starting to impact us more directly. How many of us as individuals, or family units, have submitted our own DNA already for analysis of paternity, kinship, ancestry, or health? How many are even more ahead of the curve and ventured to submit samples to uBiome or the American Gut Project to look at gut microbes, our “second genome”? How many have checked the contents of food — is your hamburger really cow? Or used DNA information to breed animals, from dogs to cats to livestock, where the presence of the ‘pulled’ gene, which stops horns from developing in cattle is highly desirable?

Perhaps these scenarios are still far from common place, but they are certainly real.

The website DNA Testing Choice now holds a catalogue of hundreds of DNA testing options. The most famous, perhaps, 23andMe, a company that flew in the face of the US Food and Drug Administration (FDA) and had its health-related genotyping services in the United States closed down in late 2013, is now open for business in the United Kingdom. Branded as a DNA ancestry company in the United States, it is now offering health-related reports in the UK-based arm of the company. The company advertised in late 2014 ‘what better Christmas gift to give than a genome?’ Pricing starts at £125.

The sequencing of large cohorts of humans and deeper research into the human microbiome, the trillions of microbes that live with us, will produce the science headlines of 2015 and beyond.

Will you or your loved ones have your genomes sequenced in 2015? Will you opt for participation in research projects that are opening their doors to the public or turn to the consumer genetic marketplace?

By 2020 society will likely look back on 2015 as a turning point in human history — the start of the ‘practical genomics revolution’.

Dawn Field, PhD, is the author of Biocode: The New Age of Genomics. She is a Senior Research Fellow at the NERC Centre for Ecology and Hydrology, a Research Associate of the Biodiversity Institute of Oxford at Oxford University and a Research Associate of the Smithsonian Institution. She is a founder of the Genomic Standards Consortium, the Genomic Observatories Network and Ocean Sampling Day. Follow her on Twitter @fiedawn.