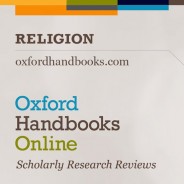 Even in this place one can survive, and therefore one must want to survive, to tell the story, to bear witness; and that to survive we must force ourselves to save at least the skeleton, the scaffolding, the form of civilization. We are slaves, deprived of every right, exposed to every insult, condemned to certain death, but we still possess one power, and we must defend it with all our strength for it is the last — the power to refuse our consent.
― Primo Levi, Survival in Auschwitz

On the 70th anniversary of the liberation of the German Nazi concentration and death camp at Auschwitz, I hope we can keep telling the stories of survival and miracles that the victims experienced. But never shall we forget the six million Jews that were murdered. There are many stories of the Shoah (Holocaust) that are told over and over again by survivors, witnesses, and children of survivors. Today, the tenuous relationship between Jews and Muslims around the world echoes negative sentiments and feelings about these two rich traditions. Anti-Semitism has been on the rise in Europe and unfortunately some of the weight of this tide rests on the shoulders of Muslim immigrants in Europe.

As an Islamic and Holocaust scholar, I was always saddened to witness such animosity and tension between the two traditions and decided to take another turn in the field of the Holocaust: Muslims and the Holocaust. I am a Muslim woman who teaches the Holocaust, Genocide, World Religions, and Islam; many questions are raised about my work and identity. Some scholars and community members view the two areas of study, Holocaust and Islam, in contradiction; they seem puzzled and at times, accuse me of being “divided.” They ask me: “How can you teach two unrelated fields? How can a Muslim teach the Holocaust? What kind of a scholar are you?” I am amused by these questions as I think of how much esoteric knowledge rests on dusty shelves, for I believe there is an important connection between my two areas of research.

My work has steered me to confront my own Muslim community on the suffering of “others,” which I argue can become a bridge of mutual understanding and interreligious dialogue. How can we create interreligious dialogue and confront the suffering of one another at different historical moments? How can we discuss and sustain dialogue, which by its very nature also risks dehumanizing the “other”? What aspects about Islam and about the Holocaust might connect both Muslims and Jews? And in a greater sense, what does my work offer students, communities, and academia? These and other questions haunt me every day, knocking on my faith, my study of Holocaust memoirs, my study of new research on Muslims and Jews during the Holocaust and colonialism.

The lost stories of Muslim rescuers and the relationship between Jews and Muslims in Arab countries have been lost under the noise of media portrayal of these faiths being at war throughout time. Israel and Palestine seems to carve the relationship for the rest of us and I feel that we must change that for the future of Judaism and Islam. To tell the stories of positive cooperation between Jews and Muslims is crucial in my work. To reflect on the deep-rooted anti-Semitism and Islamophobia within each community is an important.

Teaching the Holocaust to young students with very little knowledge of the Holocaust or Islam has been challenging. I invite Holocaust survivors to visit our classes and they are stunned and shocked at the stories of survival and loss. The personal connection creates an intimate reaction within the classroom and that is why I embarked on the idea of interviewing survivors. Interviewing survivors as a Muslim was an uncomfortable experience because I did not know what to expect and neither did they. There is one man I will never forget for the rest of my life:

On February 27th, 2010, I looked into the sky-blue eyes of Albert Rosa, an 85-year-old Shoah survivor, for three hours as he spoke about his experience at Auschwitz-Birkenau. As I left him, he told me with tears in his eyes that he wanted someone to write his life story, since he had very little formal education and would not be able to express in writing his feelings on the Shoah. He asked me, “How can I express in words how I felt when my sister was bludgeoned to death in front of me by a Nazi woman, or when I saw my elder brother hanging from a rope when I had tried to defend him?” I looked into his eyes, which had pierced me all day, and wondered how I could tell his story in words without losing the sense of the emotional and physical strength it had taken him to survive the horror of his life in the camps. He spoke of maggots crawling on his body as he was ordered to move the dead Jewish bodies, the gold he stole from the teeth of the dead, the urine he saved to nurse the wounds inflicted by a German Shepherd, the plant roots that he dug out with his fingers for nourishment, the ashes he swallowed from the crematorium as he helped build Birkenau. How was I to give these events any life with mere words? These feelings of paralysis emerge as I write this testimony; how I can give the Shoah a life of its own without trespassing on politics, ethics, and the millions of victims? In some ways, I felt like abandoning this project because I feared that I could not do it justice. (Shoah through Muslim Eyes (Academic Studies Press, 2015))

Finally, I hope to take the testimonies of survivors, lost stories of Muslims during the Holocaust, and the memory of two traditions to a new level where one can speak up for one another.

Dr. Mehnaz Afridi is an Assistant Professor of Religious Studies at Manhattan College. She is the author of "The Role of Muslims and the Holocaust" in Oxford Handbooks Online.