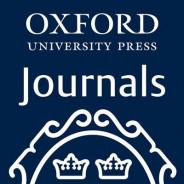 Oxford University Press (OUP) publishes the highest quality journals and delivers this research to the widest possible audience. We achieve this by working closely with our society partners, authors, and subscribers in order to provide them with publishing services that support their research needs.

Oxford University Press is delighted to co-sponsor this year’s Force2015 conference which takes place in Oxford’s new Mathematical Institute on 12-13 January 2015. Conference sessions will be live-streamed for a global audience.

This year marks the 350th anniversary of the scholarly journal, as recorded by the first publication of the Royal Society’s Philosophical Transactions in 1665. In a dedicatory epistle to the Society’s Fellows and the Introduction, editor Henry Oldenburg set forth its purpose to inform the scientific community of the latest and most valuable discoveries.

Roughly eighty years earlier, in 1584, a Supplicatio — effectively a 16th century business case — was made to Robert Dudley, the earl of Leicester and chancellor of the University of Oxford, to establish a university press. In seven brief ‘considerations’ it sets out the reasons why a press was necessary as both intrinsic to the act of scholarship and to establish Oxford’s profile as an international seat of learning.

The turmoil of technology, innovation, and transformation in the 16th and 17th centuries is recognizable today. Then, the printing press had been established for some decades. Now, the World Wide Web hurtles towards age thirty. Then, those institutions that understood and harnessed the press’s power were establishing the beginnings of a scalable scholarly communications infrastructure. Now, previously unfeasible or unimagined businesses are being created, and are transforming established industries.

What can we learn from centuries of successful and continuous publication of science in the face of changing scholarly practice? Is the scholarly article still fit for purpose in this data-driven world? What is the role of scholarly publishers in this evolving landscape?

Over two days in January, attendees of FORCE2015 will be grappling with such questions. Indeed, many of the core questions of scholarly publishing were identified by the authors of the epistle and Supplicatio.

How can we address the challenge of discoverability?

“Whereas there is nothing more necessary for promoting the improvement of Philosophical Matters, than the communicating to such, as apply their Studies and Endeavours that way, such things as are discovered or put in practice by others;” [Philosophical Transactions]

“there lie hidden away in the libraries of that University many excellent manuscripts, now shamefully covered in dust and dirt, which, by the boon of establishing a press in the same city, could be rescued from perpetual obscurity and distributed in other parts of Europe to the great credit of the whole nation.” [Supplicatio]

How can one demonstrate research impact?

“This is my Solicitude, That, as I ought not to be unfaithful to those Counsels you have committed to my Trust, so also that I may not altogether waste any minutes of the leasure [sic] you afford me. And thus I have made the best use of some of them, that I could devise; To spread abroad Encouragements, Inquiries, Directions, and Patterns, that may animate, and draw on Universal Assistances.” [Philosophical Transactions]

“given now the opportunity of a press, they might swiftly and easily remove and shake off the imputation of idleness which foreigners daily lay against them.” [Supplicatio]

How is publication integral to academia and the wider scholarly community?

“To the end, that such Productions being clearly and truly communicated, desires after solid and useful knowledge may be further entertained, ingenious Endeavours and Undertakings cherished, and those, addicted and conversant in such matters, may be invited and encouraged to search, try, and find out new things, impart their knowledge to one another, and contribute what they can to the Grand design of improving Natural knowledge, and perfecting all Philosophy Arts, and Sciences.” [Philosophical Transactions]

“where there is a settlement of learned men there should be printers, so that books may be printed more correctly and texts more diligently collated, universities may not be deprived of printers without the greatest loss to literature.” [Supplicatio]

What considerations might a crowd-sourced epistle or supplicatio for a twenty-first century research communications system include? The boundaries between the act of research and the act of publication are blurring (think data curation and publication). It probably wouldn’t propose a platform per se but a web of protocols, services, and best practice (after all ‘the web is the platform’). To guarantee permanence, core services would be built on a sustainable cyberinfrastructure. It would include identifiers, both for things (datasets, publications, maybe even equipment) and people. It might mandate a schema for attribution. It would need to tackle reproducibility. It would support not just computational sciences, but discipline-specific needs such as digital humanities. It would need to address various concerns around openness (access, source, code, data) while ensuring a sustainable, long-term business model. It should be extensible to a future of networked research objects while retaining the rhetorical power of the scientific paper. There may be several hundred considerations.

The Force2015 conference chair, Oxford’s Professor David de Roure, has argued for the reimagination of scholarly communications as networked research objects – ‘a sense-making network of humans and machines.’ This scale of evolution and development will not be achieved by any one organization acting alone. Many of the questions are human or organizational (motivation, reward, governance) rather than technology-based. Much of this new world is in place or on the horizon, but collaboration and engagement by all parties – researchers, universities, funders, publishers – is essential to make it a reality.

As the methods and outputs of research evolve, so too must the services of scholarly publishers. We look forward to joining Force2015 attendees in Oxford and online worldwide, where we’ll continue to engage in discussion and work together on the next phase of scholarly communications.

The opinions and other information contained in this blog post and comments do not necessarily reflect the opinions or positions of Oxford University Press.