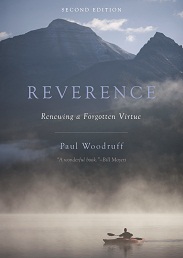 We have plenty of excuses for torture. Most of them are bad. Evaluating these bad excuses, as ethical philosophers are able to do, should disarm them. We can hope that clear thinking about excuses will prevent future generations–for the sake of their moral health–from falling into the trap.

Ignorance. Senator John McCain knows torture at first hand and condemns it unequivocally. Most of the rest of us don’t have his sort of experience. Does that give us an excuse to condone it or cover it up? Not at all. We can easily read accounts of his torture, along with his heroic response to it. Literature about prison camps is full of tales of torture. With a little imagination, we can feel how torture would affect us. Reading and imagination are crucial to moral education.

Anger and fear. In the grip of fear and anger, people do things they would never do in a calm frame of mind. This is especially true in combat. After heart-rending losses, soldiers are more likely to abuse prisoners or hack up the bodies of enemies they have killed. That’s understandable in the heat of battle. But in the cold-blooded context of the so-called war on terror this excuse has no traction. Of course we are angry at terrorists and we fear what they may do to us, but these feelings are dispositions. They are not the sort of passions that disarm the moral sense. So they do not excuse the torture of detainees after 9/11.

Even in the heat of battle, well-led troops hold back from atrocities. A fellow Vietnam veteran once told me that he had in his power a Viet Cong prisoner, who, he believed, had killed his best friend. He was raging to kill the man, and he could have done it. “What held you back?” I asked. “I knew if I shot him, and word got out, my commander would have me court-martialed.” He was grateful for his commander’s leadership. That saved him from a burden on his conscience.

Saving lives. Defenders of torture say that it has saved American lives. The evidence does not support this, as the Feinstein Committee has shown, but the myth persists. In military intelligence school in 1969 I was taught that torture is rarely effective, because prisoners tell you what they think you want to hear. Or they tell you what they want you to hear. In the case of the Battle of Algiers, one terrorist group gave the French information that led the French to wipe out competing groups.

Suppose, however, that the facts were otherwise, that torture does save lives. That is no excuse. Suppose I go into hospital for an appendectomy and the next day my loved ones come to collect me. What they find is a cadaver with vital organs removed. “Don’t fret,” they are told. “We took his life painlessly under anesthetic and saved five other lives with his organs. A good bargain don’t you think?” No. We all know it is wrong to kill one person merely to save others. What would make it right in the case of torture?

The detainees are guilty of terrible crimes. Perhaps. But we do not know this. They have not had a chance for a hearing. And even if they were found guilty, torture is not permitted under ethics or law.

The ad hominem. The worst excuse possible, but often heard: Criticism of torture is politically motivated. Perhaps so, but that is irrelevant. Attacking the critics is no way to defend torture.

Bad leadership: the “pickle-barrel” excuse. Zimbardo has argued that we should excuse the guards at Abu Ghraib because they had been plunged into a situation that we know turns good people bad. His prison experiment at Stanford proved the point. He compares the guards to cucumbers soaked in a pickle barrel. If the cucumbers turn into pickles, don’t blame them. This is the best of the excuses so far; the bipartisan Schlesinger Commission cited a failure of leadership at Abu Ghraib. Still, this is a weak excuse; not all the guards turned sour. They had choices. But good leadership and supervision would have prevented the problem, as it would at the infamous Salt Pit of which we have just learned.

We need to disarm these bad excuses, and the best way to do that is through leadership and education. Torture is a sign of hubris–of the arrogant feeling that we have the power and knowledge to carry out torture properly. We don’t. The ancient Greeks knew that the antidote to hubris is reverence, a quality singularly missing in modern American life.

Paul Woodruff served as an intelligence officer in Vietnam and was the first Dean of Undergraduate Studies at the University of Texas. His book on reverence has just been issued in a second edition, with a new chapter on compassion. He is now writing a book on education for leadership, called Garden of Leaders.

Some of the mysteries of good character