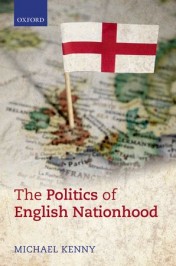 The Politics of English Nationhood

The prospective award of substantial new powers to the Scottish Parliament, which is currently being debated by the Smith Commission, has engendered a growing unease about the constitutional position of many different parts of the UK. This issue is causing concern in Wales, still reeling at the rushed and unfortunate decision to rule the Barnett formula out of the current constitutional debate, and Northern Ireland, where there is a gathering sense of uncertainty about questions ranging from income tax to the prospect of a hung Parliament, following the 2015 election, and the political leverage this might offer to the Democratic Unionist Party.

And there are concerns, too, for those English regions that feel squeezed between an ever more powerful London and a more autonomous Scotland primed to use the new levers it may acquire to divert investment in its direction.

The aftermath of the Scottish referendum has also unleashed a much wider debate about how England as a whole fares in the post-devolved Union, and specifically about some of the anomalies and asymmetries which Labour’s devolution reforms have accentuated — not least the question of how legislation that affects England only or mainly is handled in the Commons. The Conservatives have sought to claim this issue for itself, identifying with one particular answer to the West Lothian conundrum — English-votes-for-English-laws (EVEL).

Experts and campaigners have been quick to proclaim the pros and cons of this particular idea (which in fact can signal a spectrum of different changes, ranging from denying non-English MPs the right to vote on final readings of Bills to finding different ways of giving English representatives a greater role during the passage of legislation), and the main parties have for the most part responded to it in a dismally partisan fashion.

But these anxieties and worries need to be framed in relation to each other, so that this becomes a moment for wider reflection and democratic debate about some of the principles, conventions, and structures of governance within the UK. With the notable exception of the debate which the Lords staged a few weeks ago, these questions have been given too little consideration. Foundational issues such as how all the different pieces of the devolution puzzle might be knitted together, and what kind of democratic process is now required to ensure such an overview, are worryingly absent from much political discourse.

There is a growing imperative for the parties to consider what kind of territorial constitution they now wish the UK to become, and to indicate the direction of travel in which they wish constitutional reform to move. Instead Labour says little, a stance that reflects its steady transformation into the conservative party in this area — grimly determined to defend a constitutional settlement which it introduced during the first Blair government.

The Conservatives, on the other hand, have been more sure-footed politically on this issue. Yet they would do well to ponder the curious evolution of their own unionism — for so long an essential ingredient within the party’s DNA. As it has become ever more Anglicized in terms of its parliamentary representation and grassroots strength, and as it has lost its foothold in Scotland and fallen back in Wales, the Unionist party has increasingly turned into the party of Southern and Eastern England. (Indeed one of the most striking features of UKIP’s current ascendancy is its current success in reaching across the chasm of electoral geography which neither of the two main parties at Westminster seems able to bridge). And while it makes considerable political sense for the Conservatives to try to harness a growing set of English grievances and sensitivities, this needs to be squared with the party’s attempt to pose as the champion of the Unionist tradition when dealing with Scottish separatism, on the one hand, and the strongly devolutionist drift of its policy thinking on Scotland and England, on the other.

These discordant notes need somehow to be brought into a new melodious arrangement. This, after all, is the Conservative party, which has always developed its thinking around the values of constitutional preservation, a respect for established institutions and governing structures, and a Burkean understanding of change as best undertaken in organic and evolutionary ways, rather than at the behest of abstract principle or rationalistic design. And accordingly, when the party has on occasions argued for big reforms — for instance the Corn Laws or the great Reform Act of 1867 — it has done so on the grounds that these changes would ensure the integrity and continuity of the system as a whole.

This ethic has formed the heart of a distinctively Conservative statecraft, an approach to governance reflecting the embedded values of prudent territorial management, sensitivity to the dispositions of the English shires, and a willingness to craft and oversee distinctive institutional settlements for the different territorial parts of the UK. Tory statecraft has for the most part sought to take the political sting out of differences over nationality and territory within the UK, rather than to accentuate and make political capital out of them.

But one of the most striking features of the current situation is the relative paucity of voices considering constitutional change in this kind of way. Instead, the party’s leadership seems to have been spooked by the rise of UKIP into jettisoning its remaining Burkean instincts. Forcing a vote on a proposal for the reform of the House of Commons, which it knows will create a major political division may well make some electoral sense — though whether English anomie will be impressed or satiated by EVEL remains to be seen — but also carries the risk of opening up territorial tensions without the prospect of a viable solution to them within a unionist framework.

Above all, the Conservative party needs to connect the case for the greater recognition and protection of English interests to its commitment to putting the Union on a more durable and fairer footing. Such a position is fundamentally different to the kinds of populist and resentful nationalism which UKIP, and some of its fellow travellers, currently favour. Interestingly, there are signs in recent polling that the English have responded to the Referendum, and the prospect of Scotland leaving the UK, by becoming somewhat less resentful and aggrieved about England’s position in the Union. Such a stance is not compatible, however, with the fantasy of symmetrical devolution all round which underlies the suggestions of those Conservative Cromwellians, who wish to introduce the kind of territorial reform to the House of Commons that would almost certainly amount to the creation of an English parliament and the potential dissolution of the Union.

The Conservatives would do well therefore to rediscover their own tradition of statecraft. This means re-engaging with the diversity of England and the English, and considering the changes that need to be made to the governance and economy of different parts of England — to its counties and rural towns, as well as city-regions and metropolitan authorities — as well as to the Westminster parliament. The boldness and ambition of the offer that George Osborne recently made to Manchester suggest an appreciation of the growing desire for devolution among the English. The challenge now is to shape a more extensive conversation that encompasses all the different pieces of the devolution jigsaw.

Professor Michael Kenny is professor of politics based at the Queen Mary University of London, and is Associate Fellow at the Institute for Public Policy Research.  He is the author of The Politics of English Nationhood (OUP 2014).